Maya Angelou, an inspiration, an embodiment of strength, and a voice of oppression and acclamation. A Black woman remembered as a poet, memoirist, and civil rights activist, chronicling the African-American experience in America. His poems were powerful and evoked intense emotions that many people suppress in times of grief, which can aid in the healing process. His poems awaken us to new possibilities allowing us to transcend our ordinary experiences and limitations. His writings propelled readers from apathy to empathy and toward possibility, transforming the way we perceive our own identities and capacities.

Angelou’s contribution to black literature and the black community has been vital, as her works detail the effects of racism and sexism on the individual and their sense of identity. A pioneer of brilliant characterization, her work was cutting-edge as she used fictional writing techniques such as dialogue and plot structure to tell her nonfiction memoir. Maya’s work brought a new perspective on the struggle of African Americans to prosper despite living in a white-dominated society. She lived a life with experiences as varied as becoming the first black streetcar conductor, being cast as a member of the musical Porgy and Bess, working as a cook, dancer, playwright, newspaper correspondent on the decolonization of Egypt and Ghana. She was also a coordinator for the Southern Christian Leadership Conference, the first black female director in Hollywood, and a professor of American studies. These lived experiences became the background through which Maya described the complexity of African-American identity.

Born in St. Louis, Missouri, on April 4, 1928, as Marguerite Johnson, Maya Angelou witnessed the insane racist and inhumane provisions of Jim Crow segregation laws while growing up in St. Louis and Stamps, Arkansas. His numerous autobiographical books chronicle his life at various stages while touching on themes of racism, identity, family, and travel. His first autobiography, I know why the caged bird sings talks about his early years living in St. Louis and Stamps. The book recalled the sexual abuse she faced at the hands of her mother’s boyfriend and her subsequent murder supposedly at the hands of her uncles, an incident that had planted fear in Maya’s mind about the power of words to the point of being speechless. Despite the violence and other ills Maya faces, the story she tells is uplifting. I know why the caged bird sings was nominated for the National Book Award. Her subsequent works explored how race, gender, family, community, and cultural memory shape and empower the individual, while also accounting for the extraordinary life Maya led. gather in my name (1974) recounts the time when Maya, at seventeen, was a young mother struggling to raise her son. Singing and swaying and Making me happy like Christmas (1976), chronicled his tour of Europe and Africa with the cast of the African-American opera Porgy and Bess.

Upon her return from the tour, Maya heard Dr. Martin Luther King speak and was inspired to join the civil rights movement. She worked as Northern coordinator with Dr. King’s Southern Christian Leadership Conference. The book the heart of a woman (1981), provides a description of Angelou’s work for the civil rights movement and her career as an actress and writer in New York. In 1962, Maya moved to Cairo and worked with the Arab Observer for a year as a journalist. He later moved to Accra, Ghana and continued to work as a journalist while working at the University of Ghana. A chance encounter with Malcolm X in Ghana convinced her to return to the United States to support Malcolm X’s vision of African-American harmony. However, shortly after returning to the United States, Malcolm X was assassinated. the book of maya All of God’s children need travel shoes. (1986) describes her travels in West Africa and her decision to return to America without her son.

Maya’s latest autobiography A song thrown to the sky (2002) took fifteen years to write. The time covered in the book, although only four years, were some of the darkest in Maya’s life. Covering the time from the death of Malcolm X to the assassination of Martin Luther King, the book describes the troubling changes in the country and Maya’s life, and the cure-all she found when she was forced to practice writing. Back in New York and participating in the civil rights movement, Maya met James Baldwin and other African-American writers at the Harlem Writers Guild, who challenged Maya to write her story. In response to the challenge, he wrote I know why the caged bird sings. 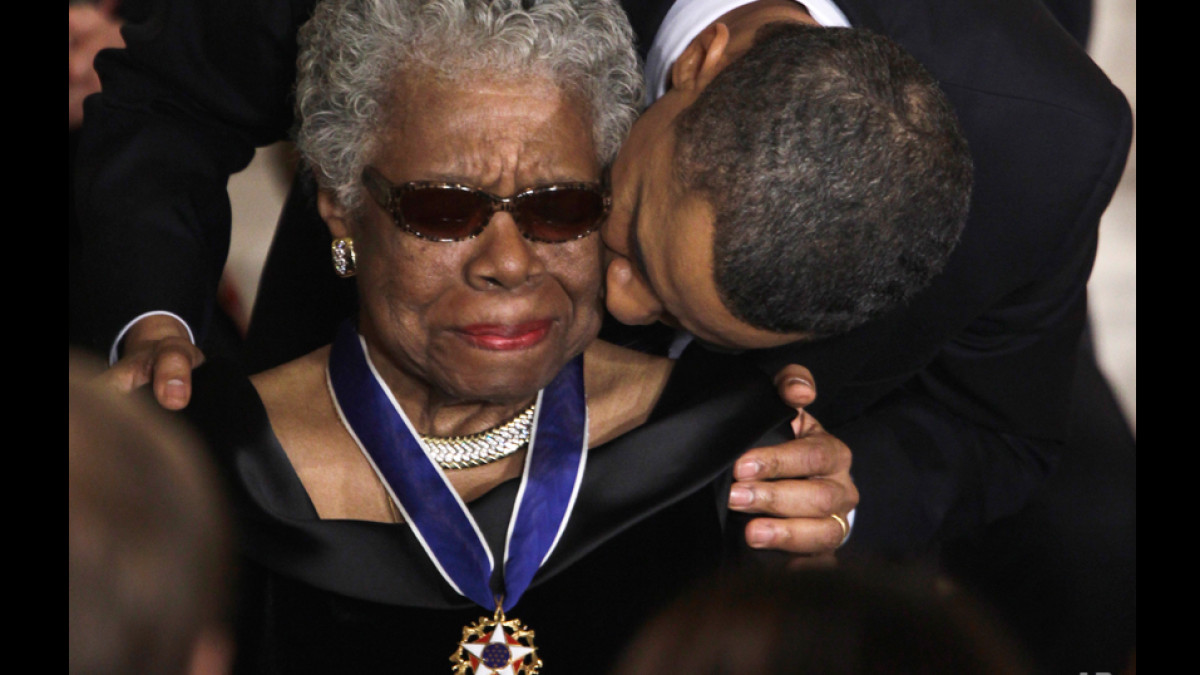 The autobiographies only covered Maya’s life up to the age of 40. After her first autobiography, Maya also ventured into poetry and her first collection of poetry Just give me a drink of cold water before I die (1971) was nominated for a Pulitzer Prize. Other poetic works of hers are “Oh pray my wings fit me Shaker why don’t you sing Y A brave and surprising truth. In 1971, Maya moved to Hollywood, where she wrote the screenplay for the film. georgia, georgia and composed his score. He produced, directed, wrote and starred in several stage, film and television productions. She was known as the first black female director in Hollywood. In 2013 he published his latest biography. mom and me and mom which told about the life of Maya and her mother and their evolving relationship with each other and those around them. 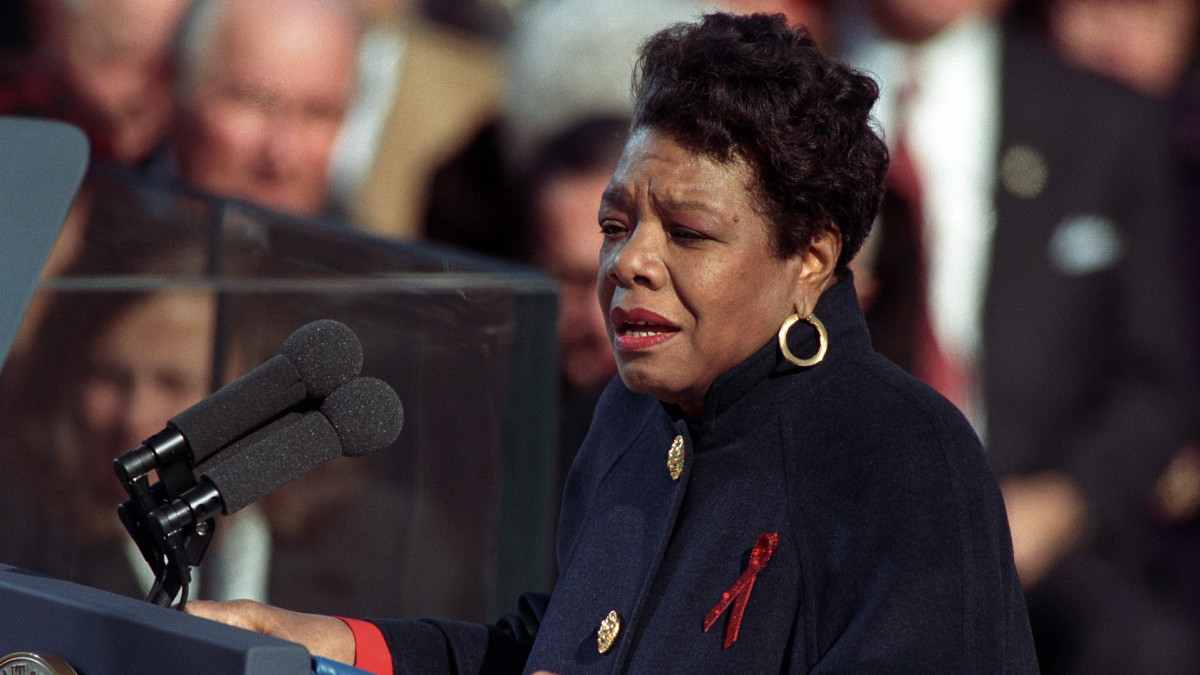 Maya’s work gained international interest when US President Bill Clinton invited her to write and submit the poem. In the pulse of the morning at her inauguration in 1993, making her the first black woman to earn the honor. In 2010, US President Barak Obama awarded him the Presidential Medal of Freedom. Maya’s writings were full of metaphors that speak to African-American life and the inner exploration of the black female experience. His biographies and poems written in his characteristic manner allowed his readers to understand the layers of African-American existence. Some critics have sometimes claimed that his work is solipsistic and shallow, but the cultural standing of his writing and the many awards he received are a sign of its impact and importance.