Mezcal is having a moment. US sales have increased 50% in the last three years, with the category forecast to top $1 billion by 2027; in fact, more mezcal is consumed here than in Mexico.

While both tequila and mezcal are produced from the agave plant, there are significant differences between the two spirits. Tequila at its best tastes smooth and sweet, but mezcal tends to be salty and smoky. Production methods are different, and the mezcal is cooked in large underground pits lined with organic rock. Traditionally, mezcal is consumed with just chili salt and a slice of orange. However, due to its smokiness, complexity, and layers of flavor, mezcal has become such a sensation among cutting-edge bartenders that it’s hard to find a craft cocktail list that doesn’t contain at least one mezcal-based drink.

What’s behind the popularity? Mezcal tends to be an artisan product, made by small producers and that reflects the character of the terroir springs from As such, it appeals to the current demand for quality-oriented and socially responsible consumables. A perfect example is Amaras Mezcal, which collaborates with master distillers in the states of Oaxaca and Guerrero who are committed to preserving centuries of traditional craftsmanship.

Amaras plants ten times more agave plants than he uses, and currently has more than 150,000 in his nurseries. At every point in the process, they respect the land, the ecosystem, and the people who make the product. Their mezcal follows a holistic cycle that goes “from seed to sip”. 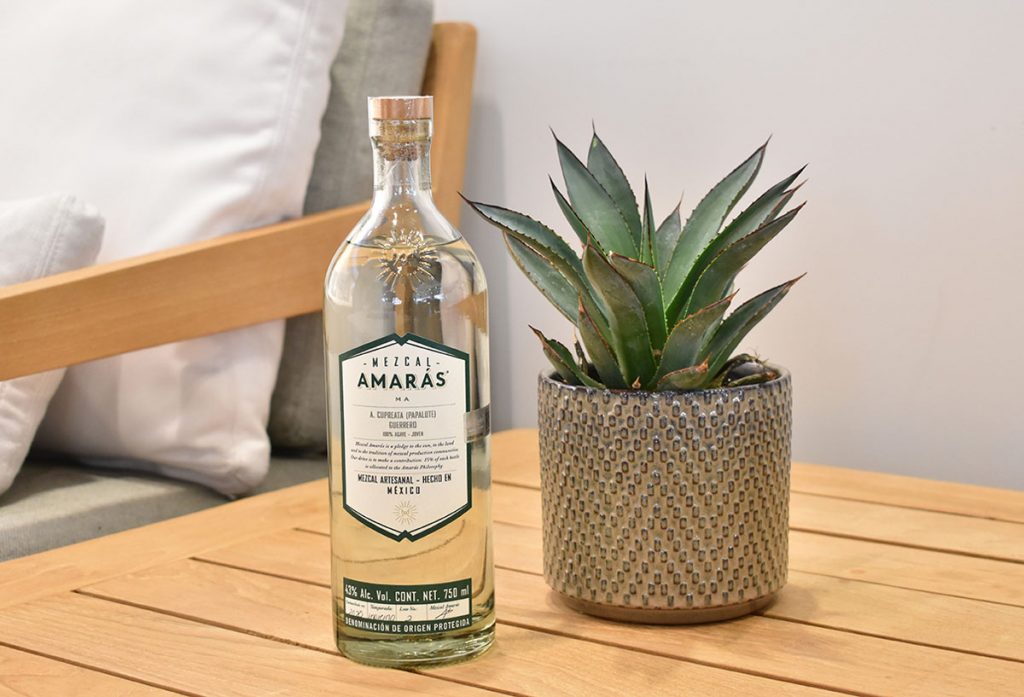 Amaras’ entry-level distillates are Espadín and Espadín Reposado, made from eight-year-old agave plants of the same name, though made by different mezcaleros; both retail in the $40 range. Espadín is light in color, with citrus aromas and sweetness on the nose. The hint of sweetness continues on the palate, along with flavors of red cherry, tropical fruit, cinnamon and cloves. The light tan color of the Reposado derives from having rested for a minimum of three months in oak barrels. It’s earthy and fundamental on the nose, but the wood seems to rob the spirit of the freshness and charm that make regular Espadín appealing.

Amaras Mezcal Cupreata ($60) is made from Cupreata agave harvested on the slopes of the mountains in the Río Balsas basin in Guerrero; Due to the region’s harsh climate, the plants take nearly 13 years to mature. It has an intriguing nose with hints of baking spices, citrus, cocoa, and roasted pumpkin. On the palate it is complex, with smoky flavors of lemon, green pepper and mint. Mixologists could have a field day with this.

Mark Spivak specializes in wine, spirits, food, dining, and culinary travel. He is the author of several books on spirits and cocktail culture, as well as three novels. His first novel, devil’s friend, has been re-released on Amazon in print, ebook, and audiobook formats. Has America’s greatest chef made a deal with Satan for fame and fortune?