Nelson Rolihlahla Mandela is that rarest of phenomena: a hero who remains heroic, even after death, a knight in shining armor who never loses his luster, a genuine 20th century icon who withstands 21st century scrutiny. The highlights of Mandela’s story are well-known: his birth into a royal family; his joining the African National Congress to confront and abolish the apartheid system in South Africa; his eventual leadership of the ANC; his subsequent imprisonment for 27 years, much of it on the infamous Robben Island; his release from him; and finally, his becoming the first Black national leader of his nation and South Africa’s president.

It is a story truly worthy of the word epic, and Mandela: The Official Exhibition, the exhibit at the Oregon Museum of Science and Industry that closes this weekend is, in fact, epic. A friend of mine asked, “What does Nelson Mandela have to do with science or industry?” The answer is perhaps not immediately obvious, except that the exhibit can certainly “foster…the exchange of ideas” and ideally, will “stimulate informed action,” both of which are instrumental tenets of OMSI’s mission.

Aside from that, OMSI may have earned the distinction to house the Mandela Exhibition due to sheer capacity – it flat-out has the space to contain the exhibit, which is almost a mini-museum unto itself. Mandela: The Official Exhibitionwhich closes on Sunday, Feb. 13, after a long run, is two floors of artifacts, photographs, videos, documents and installations that transport the viewer from Mandela’s rural beginnings through his full fruition as world leader and universal symbol of social justice.

There is no way for an exhibition, any exhibition, to fully encapsulate the life of a man, especially a man whose life altered the trajectory of the collective culture of world society. There is no way to make an audience feel, to truly comprehend, what 27 years of imprisonment must be like. And there is no doubt that Mandela, a controversial figure throughout much of the world for most of his life, is undoubtedly given the hero’s treatment here. At the same time, the exhibition does not shorten the viewer on information or context. If you know nothing going in about apartheid and the nature of the struggle that took up all of Nelson Mandela’s life, you will understand much more when you came out. And if you do know something of his monumental journey, you are bound to find details that you were not aware of before.

The exhibit’s most impactful moments are the glimpses into the person of Mandela, the man. Letters from Mandela to his wife, Winnie, that are almost too intimate for sharing; moments where he speaks of love, of loss, of missing the milestones of his children’s lives give the viewer an inkling, a rudimentary awareness, of the massive cost of Mandela’s commitment to the struggle of his people. When one is the face of a revolution, it is next to impossible to give the necessary commitment to being a husband or a father. When, in one letter, Mandela says that “It is only my flesh and bones shut up behind these walls but in my thoughts I am as free as a falcon,” the viewer can feel his longing from him.

Those glimpses into the pain, the vulnerabilities, even the faults of Nelson Mandela come too few and far between, and that seems inevitable. You want more. The exhibit mentions fleetingly the growing tension and ultimate separation of Nelson and Winnie, but it doesn’t offer much detail except to say that Winnie grew steadily more militant over the years, which led to a split over the best means to achieve their shared goals. . We learn that Winnie Mandela had her own oftentimes brutal struggle, and we are told something of the cost of that; but we are on to the next thing without any real exploration of Winnie Mandela, only acknowledgement. We learn that Mandela never had the chance to spend time with his family from him, and that he regretted that, but that’s all of what we learn about this painful aspect of his life from him.

Likewise, we are given a sense that even though the ANC never lost sight of its ultimate goal of destroying apartheid, the path to achieving that goal was fraught with hardship and difficulties that came from within as well as without. How could it not? But we aren’t given a real sense of what any of those tribulations were – what obstacles of ego, of doubt, of betrayal must have inevitably taken place, and how they were overcome. This doesn’t feel like a fault in the exhibition as much as a necessity of the form. When you go to look at the US Declaration of Independence, behind its protective glass, that’s not where you learn about everything it took to write the document, how many people helped, what were the particulars of the arguments that made it into the final document and what didn’t. For all of that information, you have to go read some books, watch documentaries, see other exhibits. The same is true here. Mandela: The Official Exhibition is only a starting point for educating yourself.

It will take a couple of hours for conscious audience members to engage with everything at the exhibition. Portlanders (and presumably, citizens of every city which this traveling exhibition goes) are rewarded at the end with an installation honoring local heroes, past and present, who have followed in the footsteps of Mandela or who have waged a parallel struggle: in Portland, heroes like Dr. DeNorval Unthank, one of the first Black doctors in Oregon and a local civil rights activist; Kamau Sadiki, archaeological diver and educator; and Justice Adrienne Nelson, the first African-American to serve on the Oregon Supreme Court, to name just a few.

The actual strength of Mandela: The Official Exhibition is in delineating the contours of his hero, providing a context for the particulars of his journey, and giving the viewer some understanding of the impact that this great man had on the world at large – and doing all of this in a dynamic and aesthetically exciting way. It is a fascinating, inspiring, and beautiful walk-through collage that offers viewers dozens of entrance points into the story of Nelson Mandela. And this weekend is your last chance to experience it. 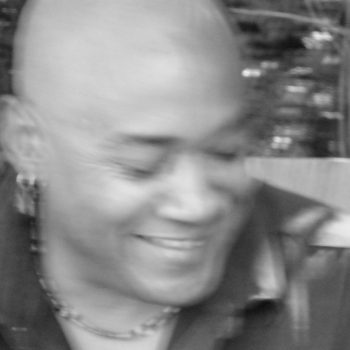 Bobby Bermea is an award-winning actor, director, writer and producer. He is co-artistic director of Beirut Wedding, a founding member of Badass Theater and a long-time member of both Sojourn Theater and Actors Equity Association. Bermea has appeared in theaters from New York, NY, to Honolulu, HI. In Portland, he’s performed at Portland Center Stage, Artists Repertory Theatre, Portland Playhouse, Profile Theatre, El Teatro Milagro, Sojourn Theatre, Cygnet Productions, Tygre’s Heart, and Life in Arts Productions, and has won three Drammy awards. As a director he’s worked at Beirut Wedding, BaseRoots Productions, Profile Theatre, Theater Vertigo and Northwest Classical, and was a Drammy finalist. He’s the author of the plays Heart of the City, Mercy and Rocket Man. His writing of him has also appeared in bleacherreport.com and profootballspot.com.

More stories by this author