It was in the early 1990’s that a community-conscious retired journalist named Caden Blincoe was working as a volunteer and Board of Trustees member for the Northern Kentucky Literacy Council. His idea of ​​him for an “Outloud Festival,” at which well-known authors would read from their works, was his way of assuring that those who could not read would still be able to experience great writing as it was “being read by its authors.” In those early years, the festival was held outdoors, in a big tent initially at Big Bone Lick State Park in Boone County. Even with such outstanding authors as James Still and Nick Clooney, the attendance at these all-day Saturday fall events was never large, although the inclement weather was clearly a factor in attendance-wise in those critical first few years.

Joy Bale Boone, pictured in the middle, was a Kentucky Poet Laureate who was born in Illinois but spent most of her life in Kentucky. (TMU Archives)

Because of the sparse attendance over several years, the Northern Kentucky Literacy Council became disillusioned with the concept and felt the need to move on to other priorities, but Caden Blincoe did not lose faith in his dream. Several of us at Thomas More College had participated in those first few events and had been impressed with the product – the quality of the readings from accomplished authors and the music used as both a prelude and following the intermission. The clear focus on Appalachian authors was also intentional, as was the accompanying Appalachian music. As the Vice President for Academic Affairs at Thomas More College at the time, I offered to Caden to have Thomas More College host future events and to help with publicity. He still believed in the all-day Saturday format, however, so that approach was attempted one more time in an outdoor tent on the Thomas More campus, but with a cold rain again having an impact on attendance. Once again though, those present were thrilled with the quality of the readings which gave us hope.

The suggestion was then made to Caden for moving the event into the February St. Thomas More Birthday Month schedule of events as a linchpin closing event during the last few weeks of the month and as a counterpart to the Annual Lawyers’ Lunch on the closest Sunday to Thomas More’s February 7th birthday. This quickly became the norm with different sponsors over the years, including the Covington Rotary Club and the Mount Adams Bookstore and Wine Shop. As suggested, the college began to highlight the event as the closing one in the highly publicized St. Thomas More Birthday Month Celebration. Since the great Renaissance man St. Thomas More is the college’s patron saint and was the highly honored author of Utopia and many other great works, it quickly became accepted that the Birthday Celebration should end with a feast of fine literature open to the entire Northern Kentucky community. Immediately, the attendance improved, as a sizeable group of “regulars” attended every February from the late 1990’s onward. The “Outloud Festival” soon became one of the major cultural events of the academic year. 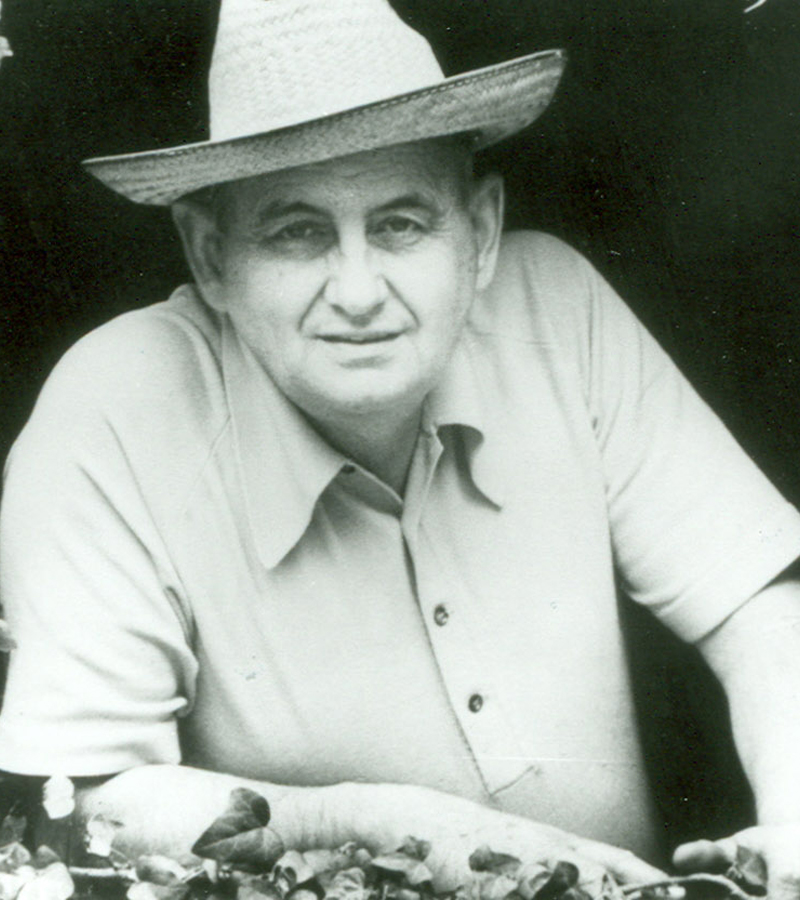 In the late 1990’s in particular, a crucial part of the event each year was the tie to Kentucky literature with James Still (in a return visit), Joy Bale Boone, and later George Ella Lyon as featured favorite authors. All three held the title and honor of being the Poet Laureate of Kentucky in the year they spoke to Thomas More. Structurally, in recognition of Caden Blincoe’s role in the concept, at least one or two of the authors each year would be from among Caden’s favorites. The best known of these were Richard Hague, Paulette Hansel, and David Dick. That link to the first two authors later led—in future years—to their serving as back-to-back “Writers in Residence” for the Thomas More Creative Writing Program, which has been a blessing to our students in the last decade.

The turning point year — with a special thank you to Donald Hild and the former Mount Adams Bookstore and Wineshop for serving as sponsor — was 1999, which followed the year of the Kentucky Humanities Council grant of 1998 and the year that we named the event after Caden Blincoe. This Eighth Annual Caden Blincoe Outloud Festival was held on February 14, 1999. As the Kenton County Community Recorder reported in an article titled, “Message comes to life ‘Outloud,’”: Caden stated that “whether it’s mystery, poetry, short story, publishing, or whatever, we strive to have a variety of the best writers at the festival” ( p.3). 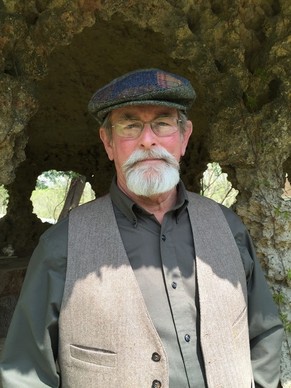 The previous year, in 1998, Joy Bale Boone, the Kentucky Poet Laureate, was the featured Kentucky writer, and the local authors were Dr. Danny Miller from Northern Kentucky University; Thomas More faculty members Dr. David Blythe and Fr. Murray Bodo; the Caden Blincoe favorite was Richard Hague and the final two readers were Tom Gaither and Jerry Adams. In 1999, the Kentucky writers were George Ella Lyon and Brenda Saylor. Gary Walton from NKU and David Dick were also featured along with a local retired journalist named Richard Gibeau, and Richard Hague again as a second Caden Blincoe favorite. The Community Recorder article mentioned above was touching because it allowed Caden Blincoe to talk about his concept, which he related had begun in 1992. In his words: “the flyers read ‘hear writers read their works outloud.’ Well, of course it’s going to be out loud. It was funny and catchy.” As indicated in the article, Caden was deeply touched by the naming of the event after him. I have admitted: “I like it all. It’s pure fun, and a magical, mystical adventure.” Thomas More College, meanwhile, was thrilled to honor this special man by committing to the concept for many more years in his honor. It was also in 1998 and 1999 that the festival featured for the first time a wine and cheese tasting and book signing as soon as the readings were over, which became the standard from that point on and remains the format to this day.

It is worthy of mention that before Joy Bale Boone’s appearance in 1998, the Kentucky Post published a feature story about her as our Keynote Speaker — indeed, she had just been named as the Poet Laureate of Kentucky at the age of 85. Written by Jo Ellen Russ, the article opened with the observation that “Joy Bale Boone always knew what she wanted to do with her life” adding in her words, “from the time I was 8 years old, I wanted to write poetry.” Noting that she had written her first poem de ella then, she remembered how “my mother was so proud that she put in the church bulletin. I was so embarrassed” (“Poet Laureate, 85, keynoter festival,” Kentucky Postp.1KK).

After interviewing Caden Blincoe, the article quoted him as saying about the Outloud Festival that “it’s a celebration of literature and part of the annual celebration of Sir Thomas More’s birthday; it’s a series of readings, but it’s not a boring academic thing—it’s fun. It’s for pure pleasure.” What is important here, with these heartfelt words from the founder in 1998, is that they would remain as symbolic for the decades of Caden Blincoe Outloud Festivals that would follow in his honor, long after his death. In recent years, the program has been featured appropriately as part of the Thomas More College English Department’s Creative Writing Vision Program, spearheaded brilliantly by Dr. Sherry Stanforth who is also the lead singer of the “Tellico Family Band” and also of the Appalachian music group “Sunset Dawn.” 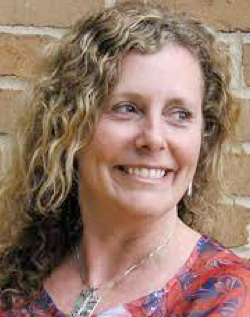 One or the other of these two groups has provided the music for the Caden Blincoe Outloud Festival since that magical year of 1999 mentioned above.

That was also the year when Sherry Stanforth, having just completed her PhD at the University of Cincinnati with a Creative Writing specialty, was hired as an Assistant Professor in the TMC Department of English. Caden Blincoe, who passed away soon afterwards, had been thrilled by the inclusion of Dr. Stanforth as a permanent member of the Caden Blincoe Outloud Festival family and the Thomas More faculty, so the hiring had great symbolic importance. Dr. Stanforth has continued to be the soul of the Outloud Festival through the years to the university’s centennial and beyond.

In closing this article, it is relevant to note that in the roughly three decades of the Outloud Festival, only one author ever said no to us when asked to be one of the Readers. It was Wendell Berry and his response to him is worthy of sharing as an example of the skillful writing shared by so many of the Readers at our Caden Blincoe Outloud Festival and throughout the Appalachian region.

In Wendell Berry’s words even a rejection was enjoyable to read: 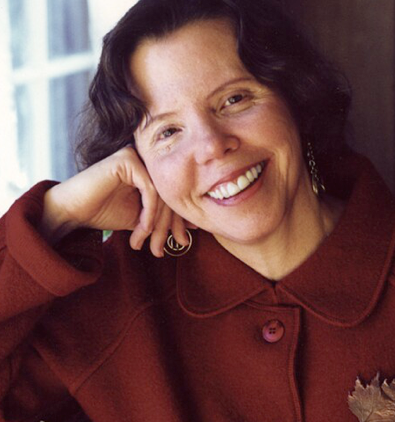 Dear Madam or sir:
Your kind letter
deserves reply,
but I
too often fail
to answer mail.
I do not read
poem or believe
loud
to any crowd.
I wouldn’t stir
for riches sir
oh madam,
if you had ’em;
I test
that is best
by a sight
that I should write.
Nor do I read
or guess
about careers
or years
you eat
I’m dumb
by predilection
and affection
for the quiet.
I have quit.
-Wendell Berry

Dr. Raymond G. Hebert is a Professor of History and Executive Director of the William T. Robinson III Institute for Religious Liberty at Thomas More University. He has just completed his 46th year at Thomas More and, with that background, will now serve as the General Editor of the official history of Thomas More College/University from 1971-2021. With a projected title of RETROSPECT AND VISTA II, it will serve as the sequel to Sr. Irmina Saelinger’s RETROSPECT AND VISTA, the history of the first 50 years of Thomas More College (formerly Villa Madonna College). He can be contacted at hebertr@thomasmore.edu.

We want to learn more about the history of your business, church, school, or organization in our region (Cincinnati, Northern Kentucky, and along the Ohio River). If you would like to share your rich history with others, please contact the editor of “Our Rich History,” Paul A. Tenkotte, at tenkottep@nku.edu. Paul A. Tenkotte, PhD is Professor of History and Gender Studies at Northern Kentucky University (NKU) and the author of many books and articles. 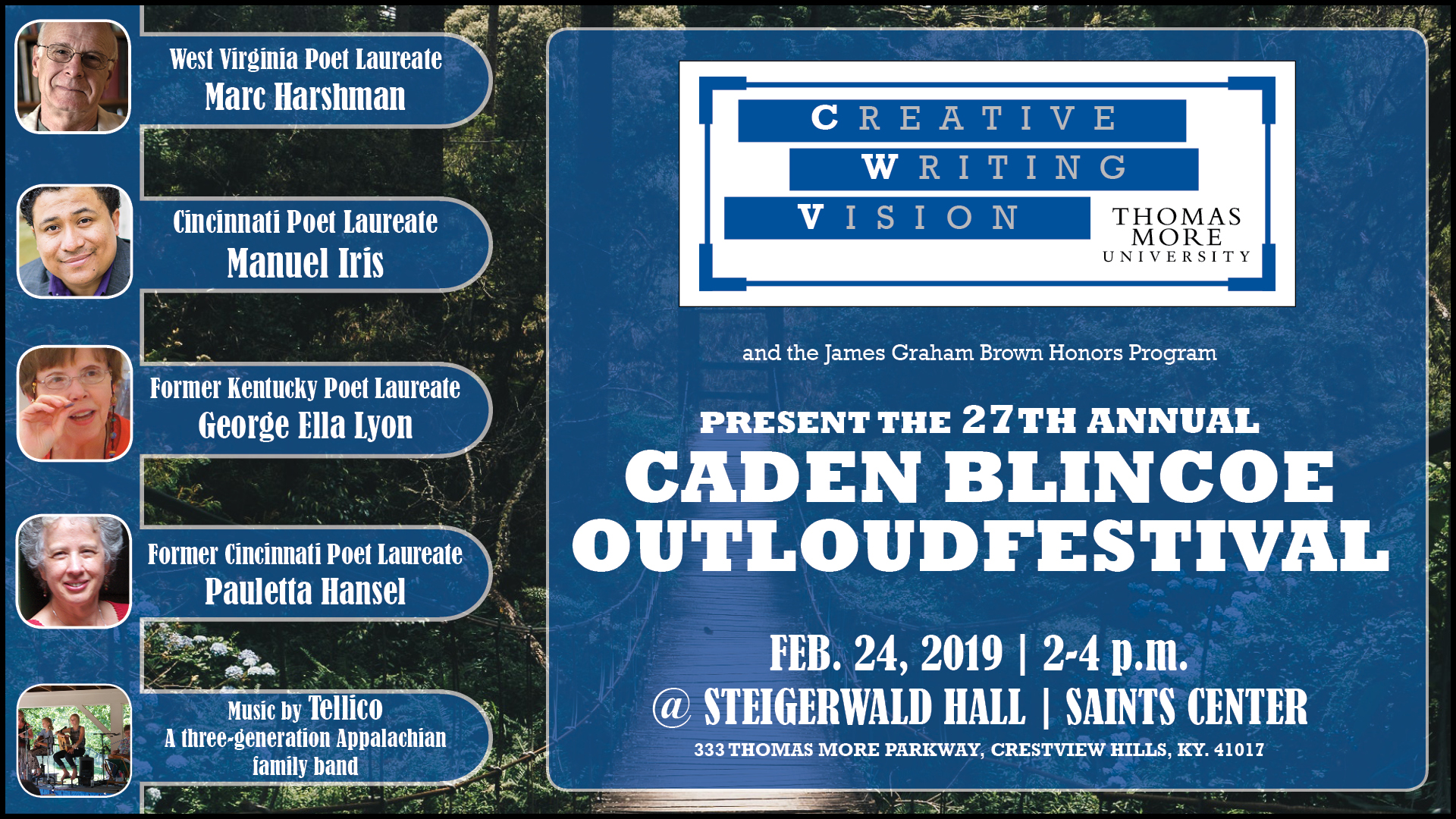