The idea of ​​using Artificial Intelligence (AI) as audiobook narrators, instead of humans, has become a focused topic of discussion in audiobook circles lately.

In October, at P.W. article by columnist Thad McIlroy, examined the debate, sparking some reaction from both sides; professional narrators and publishers. In that piece, Mcllroy, profiled several players in this niche area of ​​the still-developing digital audiobook segment. As the audiobook industry begins to look at the pros and cons of newer technologies, such as AI narration, a growing number of people are joining the conversation.

There are basically two schools of thought around this issue. Supporters of this transition, to use AI, point to its much lower production costs, when compared to the traditional human recordings, as a good way to increase the profitability of audiobooks. This also allows publishers to put more audiobooks in circulation.

However, on the other side of the coin, there are many people with livelihoods and families, who are deeply involved in the vast process of audiobook creation and narration.

From the Professional Narrator’s Perspective

McIlroy’s article created a big stir in some narrator circles.“It’s practically all we talk about,” said audiobook narrator Hillary Huber who is a board member of the newly formed Professional Audiobook Narrators Association (PANA). In a follow-up article, PW’s staff writer Shannon Maughan interviewed Huber and fellow PANA cofounder Emily Lawrence. Huber shared “(This situation has) galvanized our community to get educated and get involved.”

Narrators are coming together to take action by raising their concerns. PANA’s membership has grown significantly and is now at 400 members.

Emily Lawrence, cofounder and president of PANA’s board of directors was also interviewed by Maughan. Lawrence shared that “It’s very easy to reduce this issue to dollars and cents, but it’s very complicated and nuanced.” If AI narration snowballs, “it’s not just narrators who will lose their jobs,” Lawrence said. “There’s an entire ecosystem of people who rely on audiobooks for their livelihood.” From conception to completion, there are individuals who narrate, edit, direct, produce and check audiobooks to maintain manuscript perfection, for the best possible end result for audiences.

Lawrence continued to share there are strong ethical concerns surrounding AI technology. As she explained to P.W. “If I were to license my voice, and lose all control over how my voice is then used, my voice could potentially be used to voice content that I find morally repulsive.” Lawrence pointed out that currently licensing is non-union contracts, and that narrators are vulnerable to entering agreements that could potentially exploit their voices.

Lawrence agrees with Huber that the negative aspects of AI seem to outweigh any positives. “The only pros I see are financial,” she said.

From the Publisher’s Perspective:

However, some publishers are looking to new technological frontiers as a great opportunity for expansion of audiobook production and cost reduction. The use of AI voice-over productions is not actually new, and has come a long way in terms of quality. Recalling the first GPS navigators, one would be lucky if they could even recognize the street names the GPS AI voice was dictating. That’s not the case anymore.

In some ways it shouldn’t be at all surprising that the audiobook industry is looking toward AI to make the narration process more streamlined. In 2020, Google Play Books started offering automatic narration for books that do not currently have an audio version available.

PW’s Maughan also interviewed Anthony Goff, a senior vp and publisher of Hachette Audio. “Echoing the position of other audio publishers, Goff sees a future in which human and computer-generated narration can happily coexist. ‘We do not anticipate AI narration replacing human readers,’ he said, ‘but we do see opportunities to use it in specific ways—particularly as the quality of it has greatly improved.’ He cited an example: ‘We have been using AI as an in-house tool for advance listening copies to get early ‘reads’ out to sales reps and even to some of their buyers.’”

Just like the debate of replacing factory workers with more cost efficient machines, this debate is very much about a key fundamental question that goes well beyond AI vs. Human Narration; from a macro level, this debate is about the Value of Profit vs. HumanValues.

If we only look at the issue through a capitalist lens, then the answer is fairly simple; cut the humans and make more money.

so perhaps proactive problem solving can be introduced; creating a Door #3 approach. 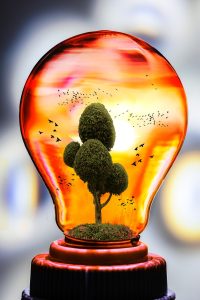 If the last few years have shown us anything, there are large polarizing issues on the planet, and we need to try to look for creative solutions through multiple lenses; whereas more than one thing can be true at once.

Perhaps AI’s can be utilized, but humans can also be part of the process and not lose their jobs?

Our world is complex, nuanced, and diverse. But one thing humans have in spades over AI, is our ability to think creatively, especially during difficult times.

Intelligence philosophy is the capacity to acquire, modify, adapt, extend and use information in order to creatively solve problems. Basically, intelligence is the ability to cope with unpredictable circumstances. Artificial intelligence is defined as the ability of a computer or computer-controlled robot to perform tasks commonly associated with intelligent beings.

Which of these approaches best suits the complex times we live in? Perhaps there’s room for both.

It seems for the moment, a middle-ground approach is being taken to the audiobook debate. Goff told PW’s Maughan, “The technology is good and getting better but can never fully replace the art of audiobook creation,” he noted. “With the amazing growth of audio over the past few years, it’s clear that consumers love narration by professionals, and we do not see AI replacing that—rather, we see it supplementing it.”

Perhaps the debate of humanness in the realm of the audiobook-universe, could in fact be a trendsetting template for creative thinking and out-of-the-box solutions for many other polarizing issues on the planet. There’s always a middle ground when we are willing to listen, be creative and come together to communicate openly and freely.

To continue trying to solve complex problems with a single-lens focus is rather outdated, and to be honest, a little inhuman. 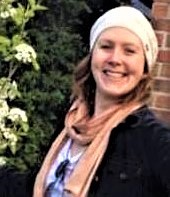