A few weeks ago, the book industry trade mag The Bookseller issued its hot trend predictions for the year. The prevailing genres, for their research? “Joy, historical fiction, vampires and cozy crime.”

For literature purists, that list is a populist nightmare. For those of us who are pro-joy, wherever we can find it, however, these predictions are thrilling. Vampires, of course, have been misting in and out of the zeitgeist for centuries, and the emergence of “Bella Swan Core” last fall sounded an alarm bell that bloodsuckers are back. Historical fiction—a broad church that includes everyone from Diana Gabaldon to Colson Whitehead—makes sense, in a “let’s escape to another century’s problems” and “I wonder what it was like in those other times of cataclysmic change” way.

You might find an elderly countess who quietly gave off (forever) beside the fire after drinking arsenic-laced Earl Grey.

But it’s the soaring popularity of cozy crime fiction (in the library, with the candelabra) that really caught our eye. This is the antithesis of the bleak Scandi Noir genre that has had the page and screen in a chokehold for the past few years. Instead of headless women found naked beside a fjord, you might find an elderly countess who quietly lay off (forever) beside the fire after drinking arsenic-laced Earl Grey.

Rather than detectives whose off-the-job lives are even more complicated than the crimes they investigate, a “cozy” protagonist is reassuringly placid. Think Miss Marpleset in the requisite English village that has an alarmingly high percentage of sociopaths, quietly bidding their time growing roses or giving sermons (never trust a vicar) until there’s an inheritance to be had or someone with a secret unwittingly arrives at the local hotel for high tea.

If this all sounds like an Christie Agatha plot, well, it is! And in fact, a glossy adaptation of Death on the Nile starring Gal Gadot and Kenneth Branagh has just hit theatres. There’s been some discussion about the challenges of updating Christie’s oeuvre for the current cultural climate, given its overwhelming lack of any diversity, compounded by the use of racist and classist stereotypes. But newer additions to the cozy crime tradition often remedy its more problematic elements.

The current cozy crime fiction resurgence draws heavily on the tropes laid out in the Golden Age of Detective Fiction, which enjoyed a similar explosion in the 1920s and 1930s. This isn’t a coincidence: The writers of that generation were reeling from the devastating effects of a war followed by a pandemic, and one of the ways they made sense of the chaos was to impose order on it: Nothing feels neater than a crime solved by logical deduction, where the baddie always gets punished and cucumber sandwiches are forever on tap.

There’s murder but never mayhem, and the criminals are inveterately polite as they go about their dark deeds. That this feels appealing is an indication on just how much we’re longing for orderly civil discourse! Perhaps most importantly, the reader is always given the sense that if we follow the clues, we might just be able to solve this thing, too. Of course, there’s always a twist, but that inevitability is comforting in its own way.

So, without further ado: We’ve gathered the suspects (delightful examples of contemporary cozy crime) in the drawing room, and then we’re off for cricket on the common. We’ll bring the scones, and let’s hope everyone leaves the cyanide at home this time.

An adorable spin-off of the Father Brown series, Sister Boniface Mysteries chronicles the crime-solving adventures of a scooter-riding nun in the aptly named village of Great Slaughter. It’s an original from BritBox, a streaming service that is a mecca for all things cozy (yes, the British spelling is an important clue) and criminal, including all the Poirot adaptations your heart desires, or the excellent Veraabout a gloriously bad-tempered retired police inspector.

Mindful of Murder by Susan Joby 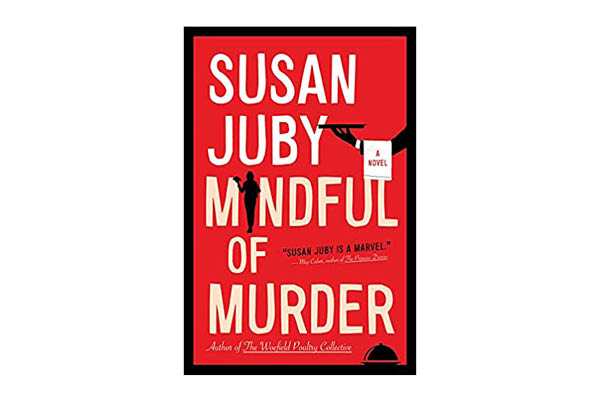 Helen has just graduated from “butler school” and is ready to start her new life managing the homes of the uber-rich—until her old life, an alternative retreat in BC, calls her back. The mysterious death of her old boss while on silent retreat means Helen and several of her fellow butlers are tasked with bringing order to the place while they get to the bottom of the will, a suspicious document that makes Helen wonder whether there’s more to this death than meets the eye… (Coming March 8.) 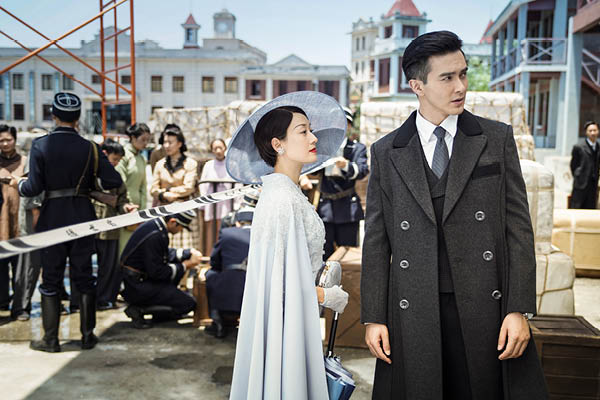 Set in 1930s Shanghai, the glitzy series Miss S pairs a socialite with a police inspector for some sizzling chemistry and crime solving. If the concept seems familiar, this is actually an adaptation of the Australia-set Miss Fisher’s Murder Mysterieswhich was fun, but this remake might be even better.

All The Queen’s Men by SJ Bennett 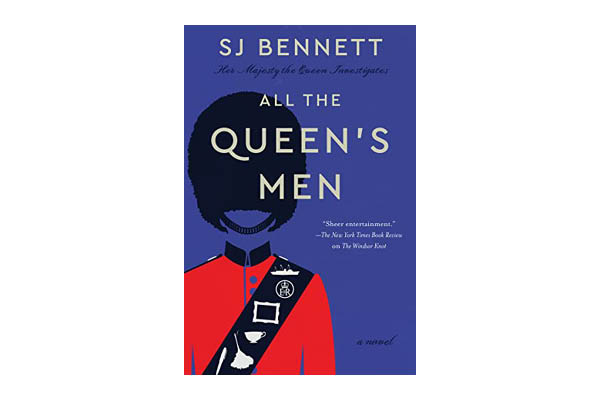 Queen Elizabeth solves murders. Do you need to know more about this delightful sequel to The Windsor Knot? A little more? In this installation, Her Maj finds a surprising connection between the death of a Buckingham Palace staffer and the theft of a painting that she used to hang outside her bedroom. A royal delight, from start to finish!

A Killer Sundae by Abby Collette 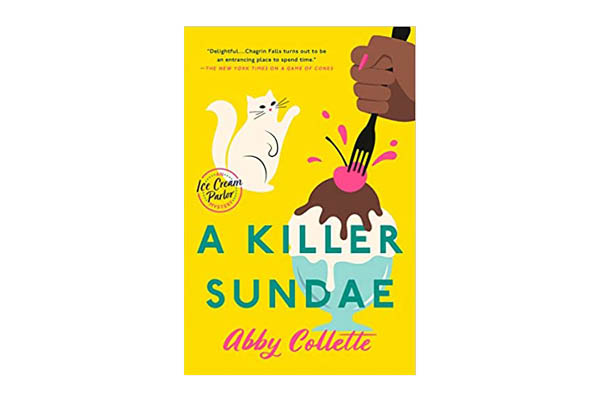 Substitute darjeeling for mint chocolate chip and you have Chagrin Falls’s annual Harvest Festival, which means big business for Bronwyn, a millennial-with-an-MBA who’s taken over the family ice-cream parlor in her hometown. But because trouble follows her like ice crystals flock to forgotten Rum’n’Raisin in the freezer, it also means a local pageant queen is poisoned—and it’s up to Bronwyn to find the killer before tourists “dessert” the town entirely. 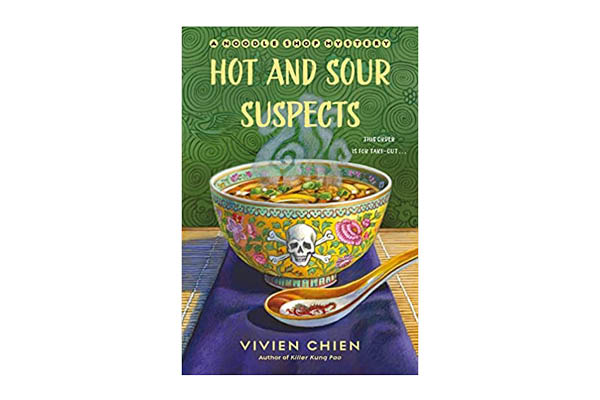 Another “food cozy”—a popular subgenre where culinary meets mystery—this latest installment in The Noodle Shop Mysteries series returns us to restaurant proprietor Lana Lee’s neighborhood spot, where a speed-dating event turns deadly. With shades of The Tinder Swindler—the murdered man turns out to be a bit of a cad, to use some cozy parlance—it’s up to Lana to detect which of the women he’s screwed over might have sought the ultimate revenge. 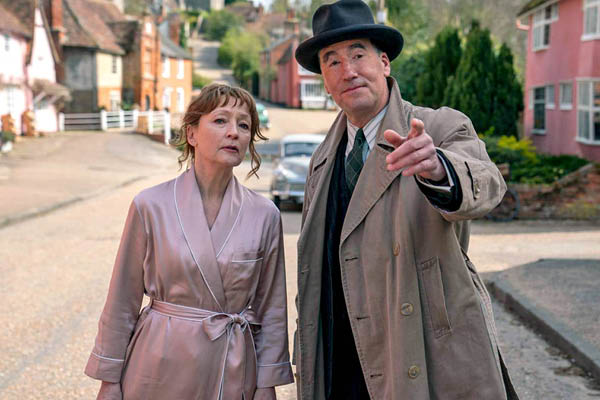 Based on Anthony Horowitz’s devilishly clever novel of the same name, the much-anticipated series Magpie Murders follows a publisher-turned-investigator after the death of her top author, a mystery writer who loves to play games, on and off the page. We don’t have a premiere date yet, but keep an eye out at PBS Masterpiece, that other haven for the gentle murder mystery lover. 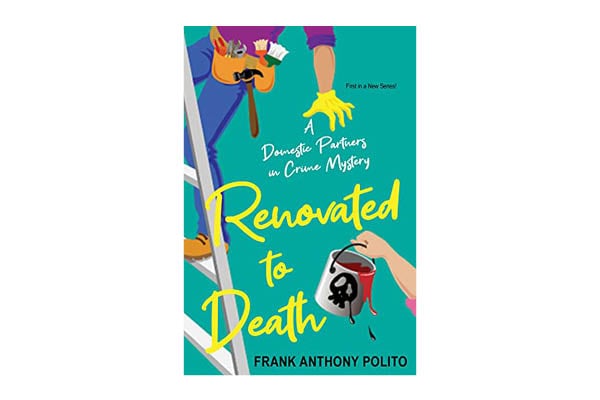 PJ and JP are the stars of Domestic Partners, a hit home-reno show in which the couple renovates dilapidated homes in Detroit. So far, so HGTV—until they discover a homeowner dead in one of the Tudor Revivals they’re about to film for their new season. If you like your mystery with a side of “those termites are going to blow the budget!” add to your TBR immediately. (Coming May 31.)

This article contains affiliate links, which means The Kit may earn a small commission if a reader clicks through and makes a purchase. All our journalism is independent and is in no way influenced by advertising. By clicking on an affiliate link, you accept that third-party cookies will be set. More information.