Jaivin, a China expert who is also a Dickens fan, held the floor before Mullan appeared, turning her research into an impromptu chat about Dickens and Mullan’s book, The Artful Dickenswhose chapters include one on the use of smell as a plot device and another on characters who drowned.

“Dickens is hilarious, Dickens is such high comedy, even when he’s writing tragedy, and he pulls it off,” Jaivin said.

An apologetic Mullan, once present, said Dickens was condescended to in his lifetime by critics. They would acknowledge that yes, of course he was very funny, or agree that he was popular and sold a lot of books, but his cleverness was missed then – and also sometimes now. Barely anyone noticed that Bleak House seamlessly interleaved chapters that switched between the past and the present tense, and between first and third person, while building a vast story.

“Nobody had ever done anything like this in novels before; it’s the kind of thing you might do nowadays if you wanted to get onto the Booker Prize longlist, to show how ingenious you are,” Mullan said. “It’s almost as if some of his experiments on him were so unusual, they were invisible.”

The strong moral thread in Dickens’ novels tended to remain embodied in characters who represented a certain trait, like the unctuous Uriah Heep or miserly Ebenezer Scrooge, rather than being incorporated into stories which had a moral point. Thackery or George Eliot, Dickens, who was a famously bad husband and father, did not set out to preach.

“He is not a writer that one goes to, to find out wisdom about how one should live one’s life,” Mullan said. “I think he tells us about the monsters in our own head, in a way. He is not a wise and didactic writer at all.”

He was also a writer unafraid of cliché or coincidence, and almost relished creating absurd connections, just to make a point. Mullan gave the example of David Copperfield, who visits a model prison with a reputation for rehabilitation, only to be presented with the familiar fraudster Uriah Heep, the “oleaginous hypocrite” who was now the prison’s model penitent.

“It’s not just the connections that he makes but the audacity with which he uses the things which novelists are told they shouldn’t do. The sins of bad writing he turns into creative devices.”

You don’t become a whistleblower if you want success, you become a whistleblower because you are so angry you have no choice. Former army lawyer and soldier David McBride, recently re-admitted to law practice in New South Wales, told a supportive afternoon audience this was why he felt compelled to provide the ABC with evidence about alleged war crimes by Australian troops in Afghanistan. As a consequence, he was charged under the Defense Act, he lost his house and for a time his career.

With detailed allegations of Afghanistan war crimes now being aired almost daily without consequence in the defamation trial brought by Australian VC holder Ben Roberts-Smith, McBride accused the Federal Government of not really caring about the law, only wielding it to put enemies in jail.

On the stage with McBride at the War on Whistleblowers session was Bernard Collaery, former Northern Territory attorney-general and legal adviser to Timor-Leste who was charged over his alleged role in revealing Australia spied on the East Timorese delegation during 2004 negotiations over a seabed oil and gas treaty.

When Collaery brought action under international law against the Australian Government, arguing the bugging nullified the oil and gas treaty, he was raided by ASIO. He is still being prosecuted.

The case has become so absurd the Government is fighting to try him in secret so it will not have to admit the spying took place.

Australian human rights lawyer and former Rhodes Scholar Jennifer Robinson, speaking from London where she defends WikiLeaks’ Julian Assange, said she did not want to live in a democracy where good men like McBride and Collaery were on trial for doing what was right and in the public interest.

“I don’t want to live in a democracy where a lawyer who is doing his job is prosecuted – that is a terrifying precedent,” Robinson said.

She said Assange was targeted so heavily by the US after releasing intelligence leaks (which included a video of US military shooting Iraqi civilians from a helicopter) because “information is power”. The US was still fighting to jail Assange more than a decade later in order to determine anyone else from publishing the truth, she said.

Robinson said assurances from the US that Assange, a clear suicide risk, would be safe in a US prison were not accepted.

“It is not a full assurance and it is not worth the paper it is written on, in my view,” she said. 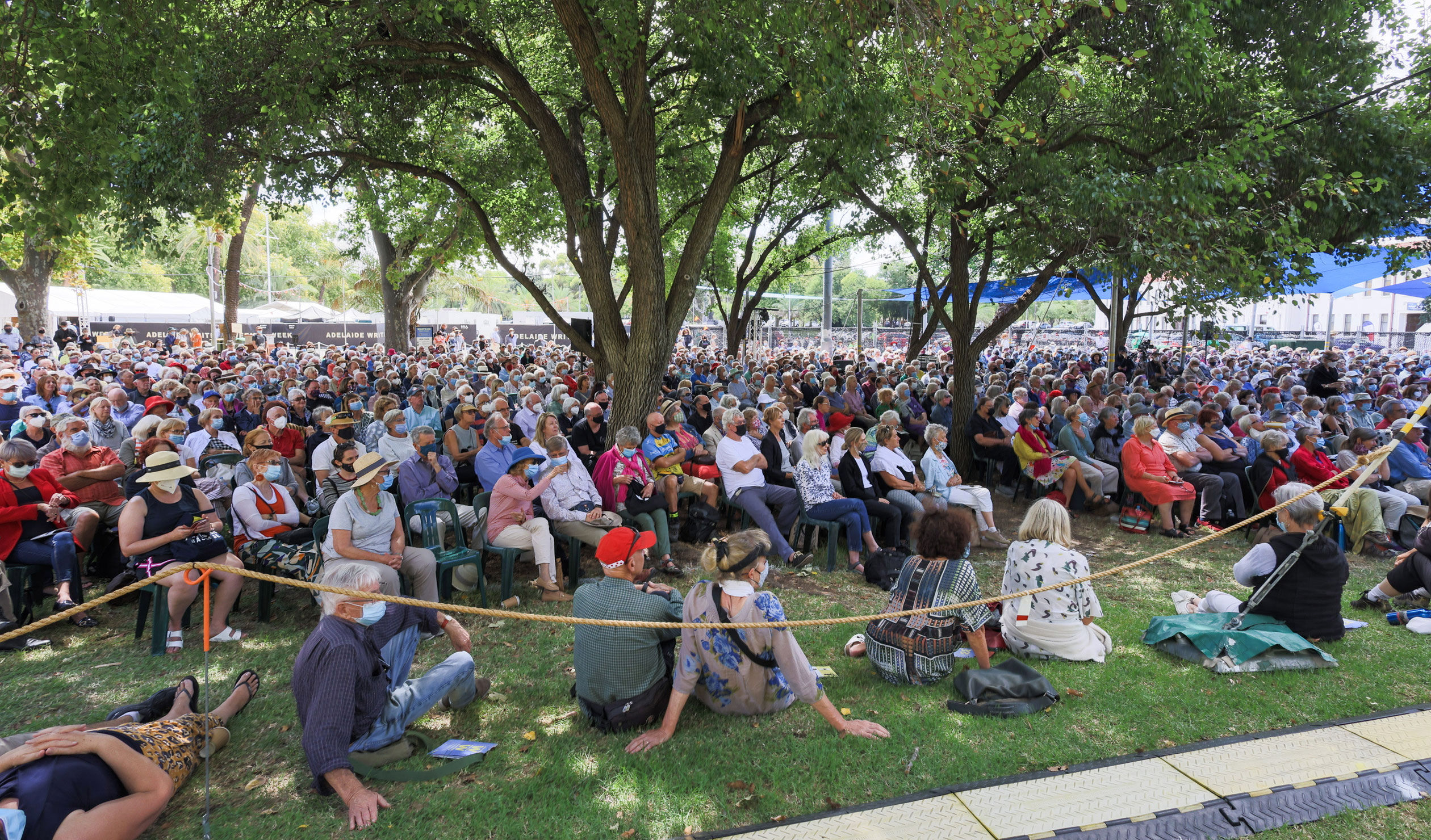 Adelaide Writers’ Week continues in the Pioneer Women’s Memorial Garden until Thursday. InReview will be reporting from Writers’ Week each day. Click here to read coverage of other sessions.

Increase your impact by having your donations doubled

When you commit to a regular weekly, fortnightly or monthly tax-deductible donation to InReview, each scheduled donation will be matched by Creative Partnerships Australia. That means you’re supporting twice as many InReview stories to be commissioned, edited and published.

This article is supported by the Judith Neilson Institute for Journalism and Ideas.