The real story behind the photo: Senior Editor Cindy Pierce snapped this picture of the old door with a letter slot as she strolled the streets of Charleston, SC, while there for a wedding in April 2021.

When he retired from the securities industry 30 years ago and moved to Naples from Chicago, Charles Guptill started writing letters to family and friends about his new life in the Sunshine State.

“But, of course, letters are nonfiction,” he says.

As the son of a foreign correspondent whose reporting assignments moved the family often and to cities including Buenos Aires, Rome, and Mexico City, nonfiction came naturally to Mr. Guptill. His first attempts at fiction didn’t happen until he discovered the Florida Weekly Writing Challenge back in 2020, when he was 82 years of age.

“The challenge provided a much-needed distraction during the pandemic,” he says about the reply that provides photo prompts to inspire short stories of a maximum 750 words. It originated as a distraction from the heat, humidity, and threat of hurricanes during the dog days of summer in 2010. It continued that way until April 2020, when we started it early as a distraction from the closures, cancellations, and social distancing brought on by COVID-19. 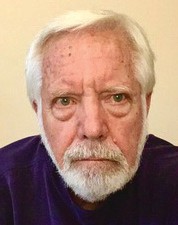 Mr. Guptill eagerly anticipated the 2021 challenge. When the first photo prompt was published in August, he says, “I was loaded for bear! I got right to work and came up with a story I really liked.”

But then he misread the deadline for submission and missed it.

“I was so disappointed in myself,” he says.

He would go on to submit seven stories over the course of the challenge, which wrapped up in late November.

His process was the same for every entry: “I’d write the bare bones story right away, usually 1,500 words the first day,” he says. “Then I’d slowly chip away, edit, and consolidate so that every word would count. I’d think about my story as I rode my bicycle, walked the neighborhood, folded laundry.”

I have spent an hour or so every day working on each entry. “It was like carving from a piece of marble, right up to the deadline,” he says. After missing that first one, he hit “send” on the keyboard within a couple of hours of every other 5 pm deadline.

Writing for Mr. Guptill is one of three loves, the others being watercolor painting and cooking (a love he managed to work into more than one of his Writing Challenge entries).

“I married late and retired early, so was Mr. Mom when we were raising our three daughters, who all graduated from Barron Collier High School and the University of Florida,” he says. “I did all the family cooking for years.”

I still make something for myself every day. “I’m a foodie for sure,” he says. A dish that has always challenged him is caccio e pepe, a simple dish of pasta with Romano cheese and black pepper. “It has deviled me since the beginning of time.”

While he enjoys sharing a meal with friends and family, Mr. Guptill says he never shares his Writing Challenge entries with an editor or proofreader.

“I tend to be very introspective as a writer,” he says. “I don’t share with anyone until I send it off to Florida Weekly.”

Mr. Guptill attended Rice University in Texas and served in the Navy as a destroyer navigator before completing a degree in civil engineering at the University of Texas. He worked for Dean Witter in Chicago before running his own brokerage firm for 15 years. ¦

A Pebble for the Headstone

The Great Man of Letters was dead.

She heard the news the night before. Then in the morning, after reading the obit in the Chicago Tribune, she decided on one final rite.

She glammed up, hailed a cab, and directed the driver to North Astor Street.

At the Italianate apartment building, she could see the letters slot through the glass-and-filigreed wrought iron door. She opened the door and stepped inside. She crossed the foyer and paused in front of the maildrop.

Memories came rushing back from the afternoon more than 40 years before. He had chatted her up at the food market. “Not the tomato can you’re holding,” he said. “Opt for the San Marzanos instead. They’re better.”

He asked her out for an afternoon beer. She was skeptical, but Otto’s on Halstead was a place she loved, so she agreed. After Otto’s, they returned to her apartment de ella on Astor –– a sub-let, he told her. I have cooked dinner, she contributed the canned tomatoes. They dined on bucatini in a marinara sauce that he infused with a slurry of anchovies, red pepper flakes, and white wine. Sublime.

She told him she worked at an insurance company on LaSalle Street. He said he was a novelist, his first two books by him acclaimed. Now, while waiting for inspiration to summarize for his third book of him, he wrote short stories. A few days later, she moved in.

He talked to friends frequently by phone. Once, he called her at work. “Come down to Billy Goat’s Tavern. I’m here with Mike Royko. I’ll introduce you.”

She was charmed yet had to work on him for an introduction to his mother. They partied and dined out with her friends from Ella from college. I have joined in the conversation about the Cubs, the market, and Mayor Daley’s contretemps. She worried about his obsession with superstitions, he grew tense when he avoided cracks in the pavement or stayed in bed on Friday the 13th because bad things had happened to him on that date in the past. When her self-deprecating friends told her riotous stories in which their fortunes spun ever lower, he repeated a cautionary mantra, “When you find yourself in a hole, man, stop digging.”

Eventually, the Great Man discovered her secretarial skills. I have asked her to type and mail her short stories. She prepared envelopes to editors he knew, carefully adhering return address stickers with her name printed large.

Weeks passed without feedback. “This never happened before,” he said. “Short story checks pay the rent. I’ll call my agent. Are you sure you’re using the correct postage?”

“Show me the process.”

“I address the envelopes and place them in the mail slot downstairs.”

“The one marked letters.”

They went down to the foyer. She showed him.

“Funny, it never dawned on me. I always mailed from the box at the corner. Please use that box in the future.”

Soon, the responses rolled in.

After the last rejection, a week later, when she arrived home late from work, the apartment seemed unusually tidy, quiet. In the kitchen, she spotted a folded note on the counter. “I don’t do goodbyes well,” he wrote.

The Great Man of Letters went on to finish his third book in New York. He won the Pulitzer for his fourth of it. His marriage from him to a celebrity ended in acrimony and battles in court.

In Chicago, it took her a long time to recover from his abrupt departure, the sting still there for decades. She had been painfully young back then, she lamented, a naive groupie from Lima, Ohio, tossed onto a slag heap. But fortunately, she came to accept the pain, combined it with solid Midwestern instincts, and thrived. She never again she went all-in; she never again dug deep.

Over the years, she noticed the Great Man graft portions of her young person on to ingenues populating his books. Not enough for her to show old friends and ask, “Who does this remind you of?” But she knew he was thinking of her, her youthful self, trapped in time.

She stepped toward the slot, reached into her Prada shoulder bag, removed a soft cloth, buffed the metal letters flap to a shine, smiled at her reflection, stepped back, and let go.

— Read the 2021 Florida Weekly Writing Challenge first-place story and three honorable mentions in our Dec. 29-30 editions online at www.floridaweekly.com. Of the remaining six stories in our Top 10, “Beauteous Flowers” ​​by David Dorsey was published Jan. 19, and Brian Fowler’s “Out of the Closet” was published Feb. 9. Charles Guptill’s “A Pebble for the Headstone” is the third of those six, which are being published over the next several weeks as space permits.