There are comics that lead to movies, comics that end up in limbo and comics that fall in between the two. Warrior fits the latter category perfectly.

To avoid any confusion with the Ultimate Warrior (wrestler and former WWE champion) or DC’s Guy Gardner aka the Warrior, what we are talking about today is the legendary 1980s British comics anthology series that was published by the now-defunct Quality Communications (QC) .

Most of these creators are household names now, and their pioneering works justify their present stature, as they were instrumental in helping Warrior garnered 17 Eagle Awards during its limited shelf life. The feat was a momentous one, as it involved dethroning the then benchmark British comic book, 2000 AD.

My chance encounter (thanks to Dad) with Warrior happened at the secondhand bookstores in Macalister Road, Penang. Despite only managing to buy a few loose issues, I was mesmerized by some of the covers and saw huge potential in the stories, courtesy of Skinn’s storytelling approach: “… tease at first. Then, as a bonus, surprise those who actually care. If it failed, it was only six pages out of 52 – the beauty of the anthology approach”.

Anyway, despite Warrior‘s limbotic state today, it still deserves credit for its massive contribution to the world of comics. While waiting for a resurrection-of-sorts to happen, let’s sit back and pay tribute to this anthology’s 40th anniversary.

Going by these words, Warrior was seen as representing the progress in the evolution of British comics. Preferring to complement rather than compete, Warrior‘s focus was to reignite interest during a period of creative regression among the big publishers.

To achieve this, everything had to be perfect resulting in the launch date of the first issue being delayed by almost a year, as Skinn wanted to ensure no stones were left unturned. 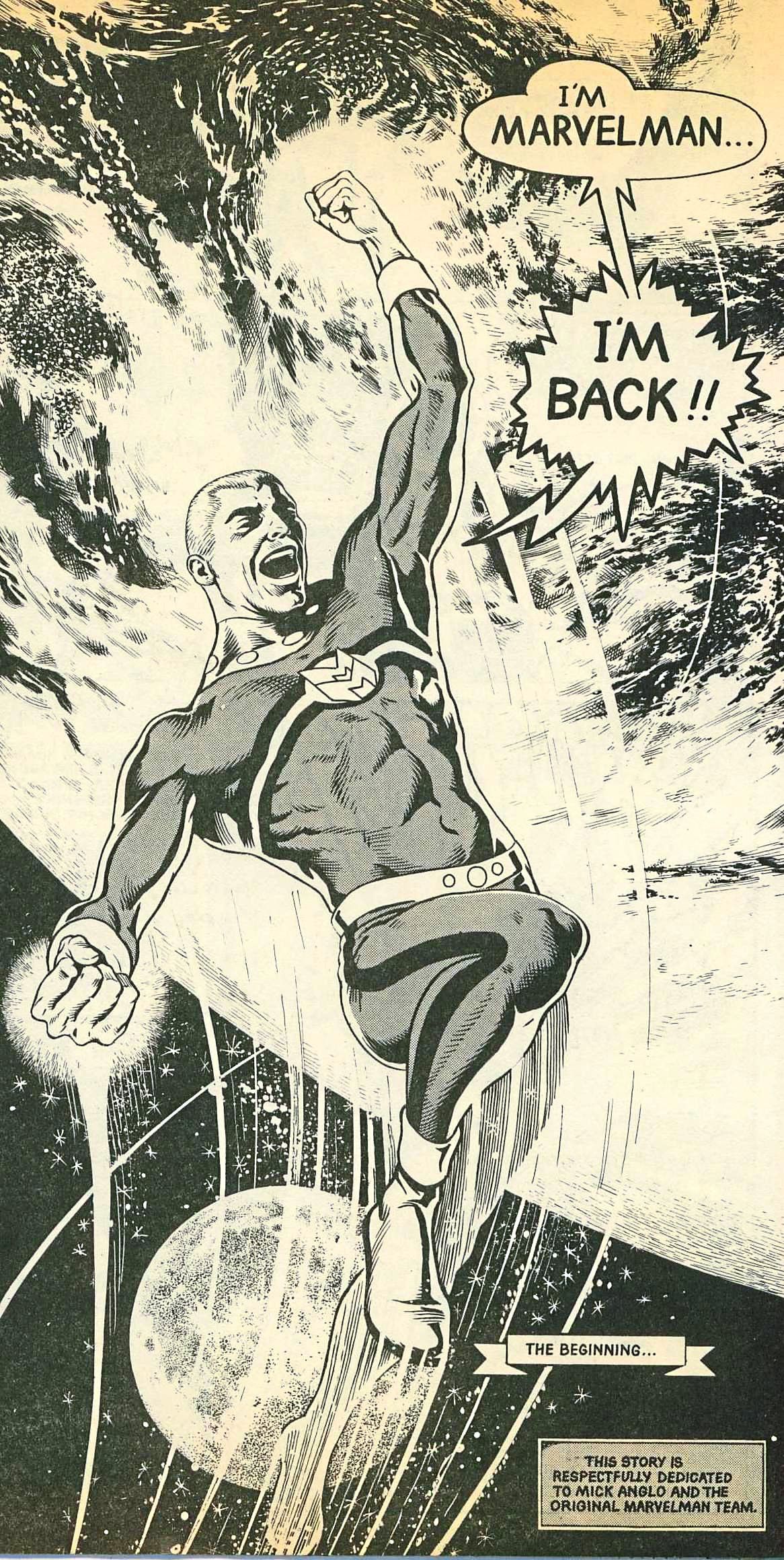 (Left) Alan Moore’s Marvelman revival was the biggest draw of Warrior.This led to every detail (the costumes, characters, stories) from cover to content being given the highest QC possible.

The high standard set is a testament to the high quality of storytelling, with iconic stories such as V For Vendetta, marvel man, Laser Eraser And Pressbutton gracing its pages, among others.

Like all anthologies, Warrior needed a star attraction and who else better than a forgotten cult hero aka Marvelman.

Skinn took two gambles in reviving the 1950s Marvelman. Firstly, he felt that the forgotten character might sell about a dozen more comics than a brand new character.

Secondly, he gave the huge responsibility of reviving the character to a then-relatively unknown writer by the name of Alan Moore.

Ignoring the legal controversies surrounding the character’s ownership, Moore’s marvel man (later renamed as Miracleman) stands out as one of the best comic stories ever published and a reminder of how Shazam can actually be more interesting.

Speaking of Moore, another classic tale that emerged from the first issue of Warrior was his and David Lloyd’s V for Vendetta. Forget the live-action movie and its controversial departure from the comic book – the impact of V’s Guy Fawkes mask in reality is a testament to Moore and Lloyd’s revolutionary storytelling.

Apart from the story, there are many things I love about V for Vendetta – ranging from Lloyd’s sequential art to the level of details infused in the tale.

‘V For Vendetta’ is arguably the most famous of the stories to debut in Warrior #1.

Ahead of its time 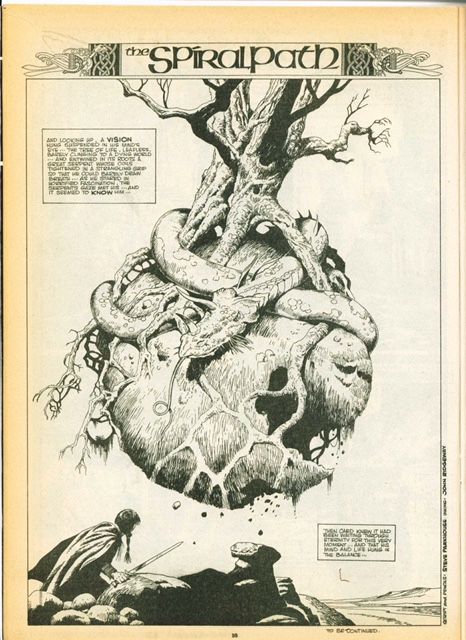 ‘The Spiral Path’ is another worthy read to debut in ‘Warrior’ #1Warrior was notable not just for the aforementioned classics, but also for the sheer quality of its other stories. Apart from marvel man and V for Vendettathere are other worthy reads such as Laser Eraser And Pressbutton, The Spiral Path, Father Shandor, The Bojeffries Saga, Big Ben, warpsmith and The Liberators.

Buoyed by this “crowd” of excellent material, Skinn ambitiously wanted to form a “Warrior Universe” but sadly that didn’t materialize.

Another interesting fact I learned here is that Moore can also draw (!), and that he did so under the “Curt Vile” pseudonym. Prior to WarriorMoore and Steve Moore (not related) collaborated on some underground strips featuring Axel Pressbutton.

As to why Moore opts to write instead of draw, well…

end of the road

Despite winning 17 Eagle Awards and garnering massive critical acclaim, there were a few reasons that eventually led to Warrior‘s demise.

Firstly, sales were poor and Skinn had to pay for the publication of the magazine using the profits of his own comic shop.

While Skinn was flexible with granting his contributors a high level of creator control, it also unfortunately led to commitment problems. For instance, Steve Dillon went AWOL and didn’t complete the second series of Laser Eraser And Pressbutton. Compounding matters further, some contributors missed deadlines and fill-in artists could not be commissioned, as the works were creator-owned.

After a three-year run, Warrior ended with issue #26, albeit with many stories left unfinished. Many of its stories (except V For Vendetta) were sold to Pacific Comics, who subsequently folded, resulting in Eclipse Comics (also later folded) picking them up.

The “luckiest” of the lot was V For Vendettawhich found a new home with DC Comics and completed its tale via a 10-issue limited series.

As for Marvelman, he was “resurrected” as Miracleman with two dozen issues published by Eclipse Comics.

Sadly, Miracleman never realized its true potential due to legal issues and fans had to be satisfied with more revamped reprints of the Eclipse-adventures. These issues were re-published by Marvel Comics a few years back and the latest “hint” (via the Timeless one-shot) promises that long anticipated return.