Time travel can be tricky and “The Adam Project” shows us just how complicated it can really get.

In the vein of “ET,” “Back to the Future” and even “Meet the Robinsons,” the film has something for all ages, so families, kids, adults and Ryan Reynolds fans alike are probably wondering how to watch “The Adam Project. Read below for all the details.

When Does “The Adam Project” Premiere?

“The Adam Project” will make its debut Friday, March 11.

Will “The Adam Project” Be Streaming?

“The Adam Project” is streaming exclusively on Netflix on March 11.

Who Is in “The Adam Project”? 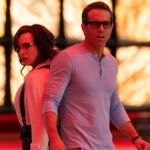 What Is “The Adam Project” About?

When 12-year-old Adam Reed loses his dad (Mark Ruffalo), he struggles with day-to-day life. His mom, Ellie (Jennifer Garner) encourages him to look ahead, because his future is coming, and it actually does arrive faster than one might expect. Reed’s older self, who has become a time-traveling pilot, crash lands in the year 2022 when he was 12 years old. In order to save the future, Adam has to team up with his younger self, as well as his dead father, to rectify the past and keep the timeline in order.

Where Can I Watch Other Ryan Reynolds Movies?

“Free Guy” (202 is available to stream with subscriptions to Disney+, HBO Max and Spectrum. “The Red Notice” (2021) is available on Netflix. “Deadpool” (2016) and “Deadpool 2” can be watched with subscriptions to FuboTV, Hulu, FXNow, DirecTV and Spectrum.“The Proposal” (2009), in which Reynolds stars opposite Sandra Bullock and the late great Betty White, can be streamed on Amazon Prime Video.