That painting has been reproduced as a 300-piece jigsaw puzzle and is now available in the Bella Vista Historical Museum gift shop.

Jones was commissioned by the Village Art Club (now called the Artisan Alliance) to do the painting in 1990 as a commemoration of the 25th anniversary of the 1965 founding by John Cooper Sr. of Bella Vista Village. She was paid from part of the proceeds of the annual Bella Vista Arts and Crafts fair, and when she finished the painting, she put it on display at the Bella Vista museum.

A native of Springdale, Jones was born 98 years ago this month, on March 23, 1924, and grew up in Fayetteville. She graduated from the University of Arkansas, where she met her future husband, Robert L. (“Bob”) Jones. He served in the Army during World War II for 15 months from 1943-44. After his return from him, they were married on March 4, 1945, in Fayetteville.

The Bella Vista Weekly Vista editions of March 28, 1990, and March 27, 2002, published articles about Mary Anna Jones in which she talked about herself and about her paintings. She said that after college, she and Bob, who worked for Phillips Petroleum, moved to Spokane, Wash.

“We were there for three years in a place where it was nine months of winter and three months of damn good skiing. After that, it was wonderful to be back in Arkansas,” she said.

Jones said, “When I returned to Arkansas, and to Cherokee Village, I found my element.”

About then, she learned about a project to do family history books around the state. There was to be a contest to find someone to do a painting for the first book in the series, which was about Benton County.

At the time she didn’t know anything about Benton County. It was her husband de ella who suggested she take a historical approach and do a painting that included different historical landmarks. Her painting by ella was the contest winner and from there, she went on to provide paintings for several more of those books in a similar vein.

Jones estimated she spent 300 hours on the Bella Vista painting, including research, making sketches and painting. She said a large portion of those hours occurred after others who were watching the progress declared the work complete.

She put the older structures toward the bottom of the painting and the newer ones at the top, with the picture revolving around the Bella Vista Country Club (which) Jones calls the hub, the center of attention of the Village.

She said, “I should have included Dug Hill, but I couldn’t include everything.”

Her technique was to gather photos of landmarks that she moved around on the floor or on tables to make the final arrangement of subjects in the painting.

Jones also worked as a Realtor; she and her husband de ella were in real estate in Bentonville. They had been married for over 55 years when he died in 2001.

Jones was listed as a resident of Cherokee Village when she died on Nov. 14, 2010, at the age of 86 in the Hospice House in Mountain Home. She was buried with her husband de ella at the Fayetteville National Cemetery.

Prints of her Bella Vista Revisited painting have been made available over the years as a part of various fundraising efforts for nonprofit organizations, including the Bella Vista Animal Shelter and the Bella Vista Historical Museum. 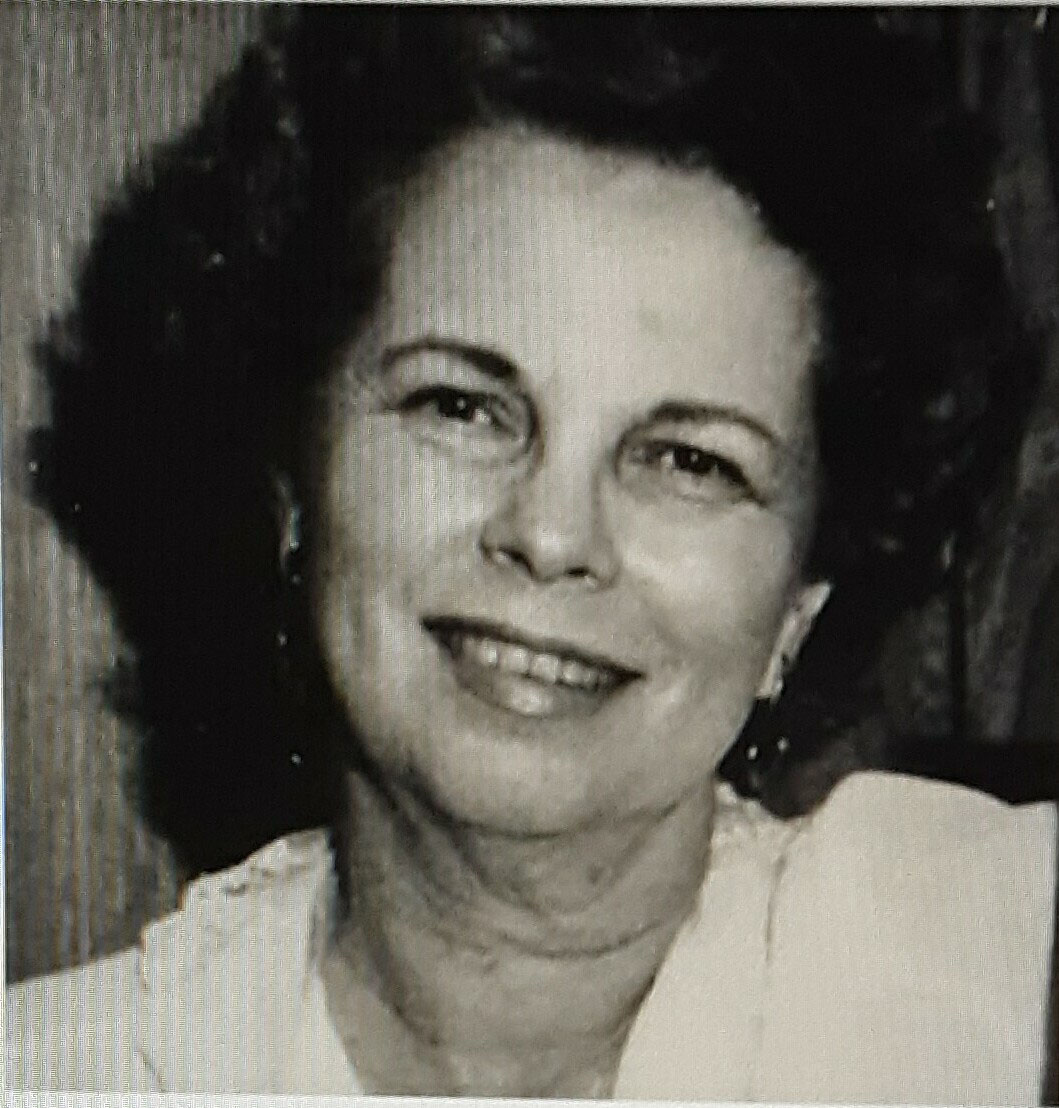