Two thousand years ago, under the reign of Roman emperor Tiberius, Lucius Annaeus Seneca was learning from his tutor how to live a good life. His tutor to him was an adherent of Stoicism, a philosophy that emphasized virtuous deeds, rational thought and harmony with nature as the basis of happiness. Seneca went on to become a proselyte for the Stoic path, extolling its benefits in a long run of prose essays while also serving—in some eyes, dishonorably—as an adviser to Nero.

Seekers after the good life have increasingly turned to Stoicism in recent decades, though not very often to Seneca. In social-media feeds that feature Stoic affirmations, two other sages—Epictetus and Marcus Aurelius—are far more prevalent. One finds a portrait of the August, bearded Marcus on many a paperback cover but rarely Seneca’s visage.

One reason is that Seneca’s style is hard for the modern self-help reader to grasp. He doesn’t maintain a lofty, high-minded tone like his fellow ancient Stoics but often rants, sermonizes or turns to scathing social satire. His verbal skill was such that he could excel at a wide range of voices and genres. His verse tragedies—dark plays in which the Stoic life of reason is obliterated by pure evil—are perhaps the most compelling part of his oeuvre.

Near the end of his life, just before a mistrustful Nero forced him to commit suicide (in AD 65), Seneca found a genre that allowed him to fully indulge his eclecticism and range. In a series of personal letters, addressed to a friend and fellow seeker named Lucilius, Seneca wrote on a multitude of topics, from the vicissitudes of daily life to the quest for eternal truths. I have confided his private thoughts of him, admitting to faults and lapses while still holding himself to the high standards set by Socrates and other notable sages of bygone eras.

The “Letters on Ethics” (also known as the “Letters to Lucilius” or “Moral Epistles”) is an immense collection, nearly 500 pages in the only recent complete English version—a 2015 volume edited by two specialists in ancient philosophy, Margaret Graver and AA Long. The amplitude of the work has proven intimidating for general readers and has even worn some classicists. Undoubtedly Seneca would have been well served by an editor, for he sometimes seems so enamored of his dexterity that he does n’t know when to stop.

Now Ms. Graver and Mr. Long have winnowed down their 2015 edition to about half its original length, a far more manageable size. In “50 Letters of a Roman Stoic,” very little has been altered in their excellent translations, notes and general introduction. The titles the editors have devised for individual letters—“Avoiding the crowd,” “The evils of slavery” and the like—now appear at the head of each epistle rather than, as before, in the table of contents alone. These titles are helpful in keeping readers on track, for the “Letters” wander freely off-topic, much like Montaigne’s essays (constructed in part on their model).

Breakfast With Seneca: A Stoic Guide to the Art of Living 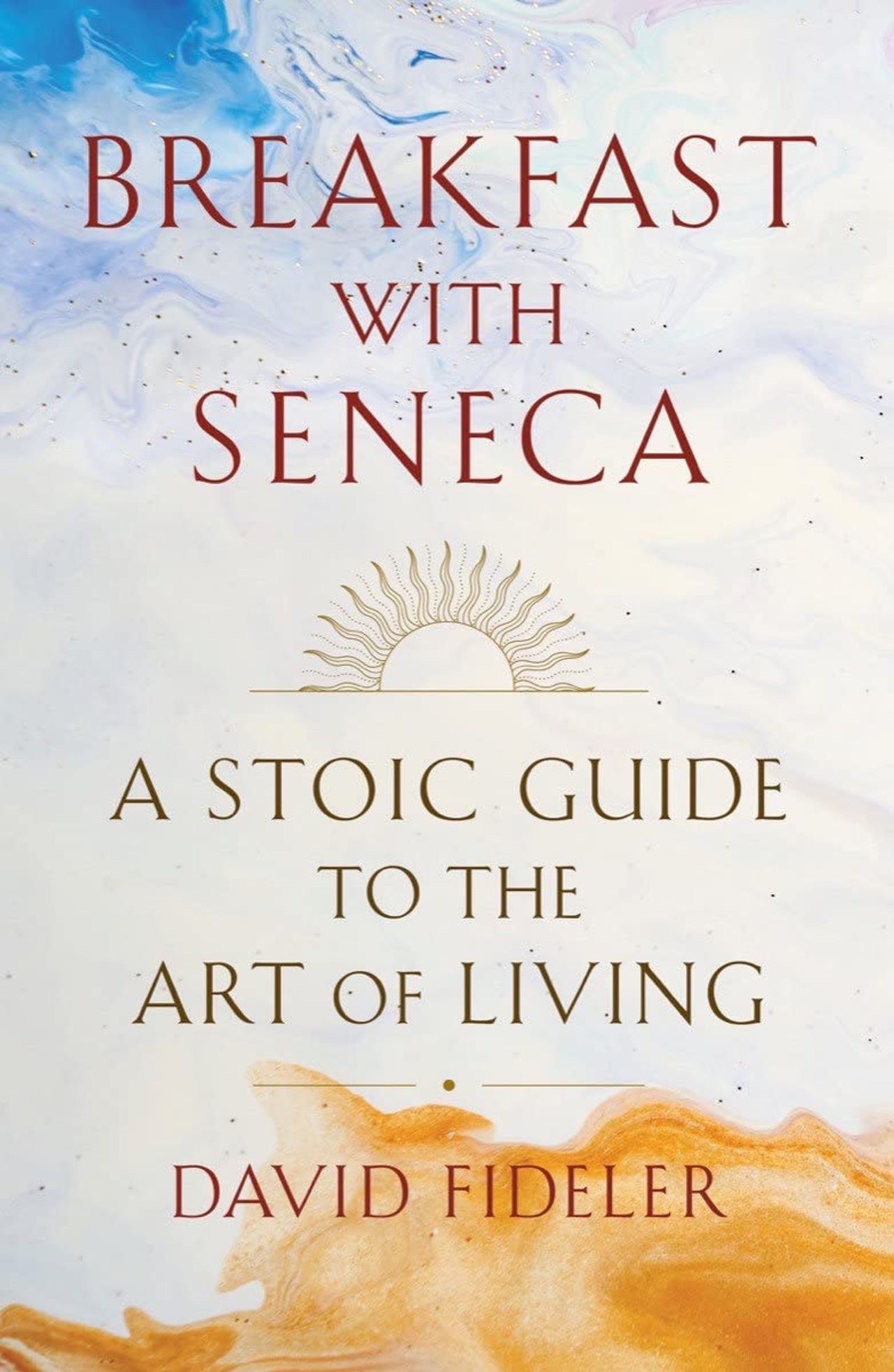 The selections are admirably well chosen, capturing the spirit of the larger work. Seneca did far more than preach Stoic virtues; he also depicted his own life in Imperial Rome, often in revealing detail. In one letter, he describes the noises drifting up to his lodging of him above a balneuma public bath combined with a gym: weightlifters grunting and gasping, masseurs clapping hands on bare backs, ball players counting their catches, and, strangely, the falsetto cries of the alipiluma slave who plucks out armpit hairs with tweezers, as he advertises his services to fastidious bathers.

What to read this week

Jerusalem’s buried past, the slower ancestor of Instagram, a grown-up approach to cocktails and more.

Of course, the candor of the “Letters” is partial, since Seneca never mentions Nero or his role at the imperial court. In fact, much of what the work presents as authentic may well be invented, including, as the editors note, the running correspondence that seemingly produced it. We know that Lucilius really existed, and Seneca writes as though in reply to his missives from him, but the dialogue may have been only a fiction, a pretext for philosophizing. “It is often impossible to say whether Lucilius actually experienced the events described,” Ms. Graver and Mr. Long assert, referring to the incidents from Lucilius’ life to which Seneca is seemingly responding. It is possible, the editors note, that these incidents are “only typical situations that any reader might be likely to confront.”

In “Breakfast With Seneca,” by contrast, David Fideler takes the “Letters” to be just what they claim to be. “Lucilius wondered if he had enough financial resources to retire,” he writes, extrapolating from letters in which Seneca appears to address that concern. Mr. Fideler, an author who has written about cosmology, myth and philosophy, idealizes the bond between the two men as “a model of what a deep kind of friendship might resemble,” apparently unaware that Seneca, a master of rhetorical sleight-of -hand, may only be creating a phantom friendship.

Mr. Fideler says that he began “Breakfast With Seneca” in response to an emotional shock: a suicide attempt by an ex-girlfriend, unsuccessful but upsetting. To regain his balance, he began reading selections from Seneca every morning. This back story is laden with irony, since Seneca is a strong proponent of the right to take one’s own life—far stronger than his Stoic principles he would explain. “What’s the pathway to freedom, you ask? Any vein in your body, ”he writes in one of the many passages in his works that do not bring peace of mind but profound disquiet.

“Breakfast With Seneca” samples not only the letters to Lucilius but Seneca’s other works as well, and it sprinkles in quotations from other Stoics. There is wisdom here, but it is a selective assortment that reduces Seneca to a “good Stoic therapist,” ignoring his darker side of him and the problems raised by his political career. Mr. Fideler’s accounts of his own Stoic practice, interwoven with discussions of his readings of him, do little to add to the book’s appeal. In one long passage, he describes preparing himself for the worst by imagining his young son falling down a perilous set of stairs. If this is the Senecan path to happiness, readers may want to have breakfast with Marcus Aurelius instead.

—Mr. Romm is the editor and translator of “How to Die: An Ancient Guide to the End of Life,” a sampling of Stoic wisdom.