“Hidden” is part of the title because this society and its activities were unknown even though the men of the Economic and Mutual Aid Association community were significant figures in the city from the Haitian Revolution in the 1790s to the creation of jazz in the early 20th century. The name “Economy Hall” refers to the Tremé building where the association met and held events.

Tisserand is the author of “Krazy: George Herriman, A Life in Black and White,” the acclaimed biography of New Orleans-born illustrator, journalist and cartoonist George Herriman, the creator of the “Krazy Kat,” a newspaper comic strip that ran from 1913 to 1944. The book investigates his life navigating — or hiding from — the color line in the early 20th century.

Shaik relates that they discovered many affinities due to their deep research and dedication to unknown New Orleans stories.

Tisserand said reading Shaik’s book further deepened his understanding of George Herriman’s family, though it brought even more questions about how Herriman’s work might be connected to his family’s experiences in New Orleans.

“Mark Roudane, the descendant of the founder of the Black-owned 19th-century New Orleans Tribune, says he keeps the two books together on his bookshelf,” he said. “I love that.” 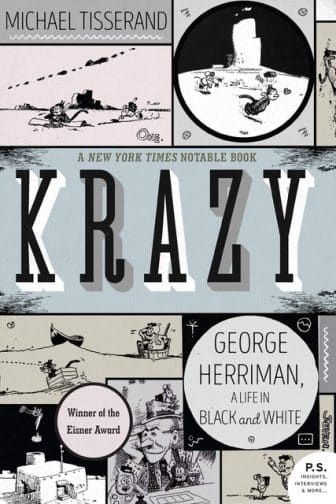 Herriman hid his racial identity throughout his professional life. A quarter-century after his death, Herriman’s birth certificate was found, stating that he was born “colored” to parents of mixed race.

“When I was editor of Gambit, I planned to write a cover story about George Herriman and attempt to solve some of the mysteries surrounding his 19th century childhood in Tremé,” Tisserand said. Later on, he was able to piece together Herriman’s genealogy, and he wrote a book instead.

The New York Times wrote of Tisserand’s work on “Krazy”: “Writing the biography of a black person who passed for white in 20th-century America adds an extra layer of difficulty to the detective work any biographer must undertake. This is especially true since Herriman seems never to have addressed his disappointment with him.

Tisserand’s research alludes to how Herriman’s Creole mulatto background informed his life and work. Descending from free people-of-color he underscored how he would have understood, at a gut level, how categories of social identity are all about who has the power to construct and enforce those categories.

“It suggests ways an artist might push back on those categories,” Tisserand said. “And, so, Herriman gave us Kat, a character so innocent that a toss of a brick is interpreted as a missile of love, and whose color changes as frequently as the desert landscape in the background, and whose gender is stubbornly non-binary .” 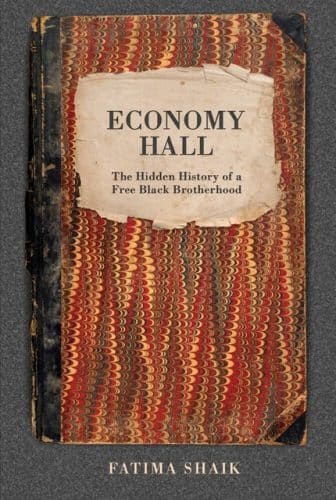 In much the same way, Shaik’s investigative work behind “Economy Hall” conveys a revived history of New Orleans. After years of research, the author suggests the city’s prior known history requires reevaluation.

A treasure trove inspired Shaik, to find that would thrill any historian. In the 1950s, her father de ella rescued and became the owner of 24 handwritten historical leather-bound books. The ledgers were left in the rain in the back of an old pickup truck.

She later learned the ancient leather books she wasn’t allowed to touch as a child were the handwritten records of the Economy Hall association from 1836 to 1935.

Free people-of-color in New Orleans were almost one-half of the African population descended at the time of the city’s entry into the United States in 1803 until the decade before the Civil War. Black people were also about two-thirds of the city for the first three decades of this American city, Shaik said.

“But we do not have an equal amount of historical knowledge about the majority of the population,” Shaik said. “This book seeks to begin to remedy that.”

“Economy Hall” describes people and places in Louisiana familiar to us on the surface, but a deeper dig shows a much deeper history. The book describes the most prosperous and influential organization of free Blacks in the South before the Civil War and probably afterward.

The book offers a window to multi-ethnic members of New Orleans society, including the progressive Germans and Italians.

Shaik also says that New Orleanians should peruse the names in the ledgers as a way to get to know their ancestry. She recently let Tisserand know that George Herriman’s uncle was a member of the Economy.

The reaction to Shaik’s book is resoundingly positive. The New York Times said,”’Economy Hall’ is so inviting that the true depth of its scholarship is revealed only in its bibliography, which lists dozens of archival and other sources. Shaik’s monumental book … is lyrical and mysterious and always captivating.” It was a 2022 Louisiana Endowment for the Humanities Book of the Year, and Kirkus Reviews and the Washington Independent Review of Books named it among their best books of 2021.

“Krazy” was the winner of the 2017 Eisner Award for Best Comics-Related Book, a New York Times Notable Book of 2017, a 2017 LEH Book of the Year and numerous other accolades.

Both books are available locally at Octavia Books and the Garden District Book Shop.