Most of us have become enthusiastic about science from watching science fiction films. They can be from our childhood memories or teenage years. The purpose of these types of movies is to create a rattling inside your mind. But the best out of them will keep you engaged in their idea for a very long-time. It is like an aftertaste after eating a delicious dish. And most importantly, it will inspire you towards science, especially if you are a student.

There are examples of people taking up science for their academic life or career in education after being fascinated by watching films about science. Research shows that a lesson acquired from movies can be even more long-lasting than reading a book. So, add these films to your computer library soon. 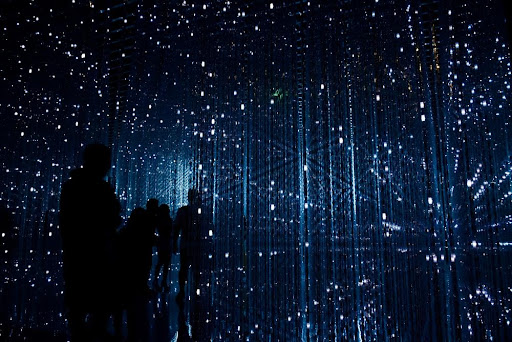 Let us jump right in and take you on a joyride of sci-fi films without wasting much time now. Here is your list to follow:

There is no better way to start a list of sci-fi films apart from “A Clockwork Orange. “You might have read the story from the 1962 novel.

This classic film is one of the best works by avant-garde American filmmaker Stanley Kubrick.

Alex (Malcolm McDowell) has a unique combination of fantasy with violence and classical music.

After being sent to jail, his illnesses were tried to be cured by empirical aversion theory. This theory was new even to the medical professionals of that time. The film gained massive controversy and was critically acclaimed by famous film critics worldwide.

This list is incomplete with the classic French short film, La Jetee, released in 1962. It was called a movie, but it is entirely made with a composition of black and white photographs with narration in the background. This is one of the first films that used the theme of time travel to go back to the past to cure the consequences they face in their present life. The film showcases the memory of a man. The memories of glimpsing a murder when he was a child and a woman he was in love with. The scientists extract these thoughts and memories out of his brain from him to develop time travel.

Almost every greatest film critic rates Andrei Tarkovsky as one of the best filmmakers ever born. And Solaris is undoubtedly one of the finest sci-fi movies ever made.

A psychologist was sent to a space station to figure out why the scientists behaved strangely over there. But, what he finds upon reaching there is the thing to watch out for.

The best part of this film is that it is not full of science-related jargon but has space for emotional depth and feeling. This was something new in science fiction movies, and it set the building blocks for other sci-films like “Arrival and Gravity.”

Scientists go beyond the boundaries of time in this film to nullify an organism’s hazardous goal. The investigation was put into action by the science and research bureau of the United States when everybody in the small town of Mexico died for an unknown reason. Throughout the entire course of this film, many other exciting plots and sub-plots unfold. Some might say that this film weirdly tried to showcase the United States as an ultimate hero or savior of the earth. But as a sci-fi film, it is one of the greatest.

Have you ever wondered if we could go almost 300 years ahead of our time?

This idea is the building block of this film.

It shows a dystopian world where everybody lives life in geodesic domes, and all of them are murdered by the time they turn 30. The portrait of the hedonistic living of man in this film was mind-blowing

A computer is assigned to monitor the resources everyone is using as they are almost on the verge of extinction.

Logan Run has successfully shown the world the different paradigms that can fit in a sci-fi film.

This Anthony Hopkins film is weird and exciting at the same time. If you want to see a film on the different possibilities of the human brain, this one is for you.

The film shows how with the help of artificial intelligence, every wish of someone can be fulfilled. All in one, this movie is one of the most interesting and entertaining films ever made in any genre.

Let us broaden our genre a bit. Imagine how interesting, engaging, and fascinating a movie can be if you punch two genres together. And these genres in this 1982 film are horror and science fiction. This film captures the themes of Antarctica. On top of that, it has some of the best American actors, such as Kurt Russell and John Carpenter.

Interestingly, this film became a victim of critical defamation and mockery from the film critics and the audience. But after a couple of revisits and reviews, this film can now be considered a timeless classic. We will say nothing about the plot as of yet but will recommend watching it on your own. A great surprise must not be unveiled at the wrong time!

Science fiction films help you to find yourselves as a lover of science. Follow this movie’s coursework and fill your mind with the mystic of science. Not only as a school student, but these films will also fascinate you in your college or university life, irrespective of you are a student of science or not. So, without any further ado, watch all the films mentioned in this list one by one.