CHENNAI: Penn vaasanai veesum sorkkal, odukkumuraikku ethiraana aakrosham are some of the descriptives you’ll find in the synopsis of one of Sukirtharani’s latest releases — Sukirtharani Kavithaigal (1996 – 2016). While the second book Neer Ular Aambal doesn’t say as much, the many poems that make up the compilation are no different. That says plenty about the poet and her work over 25 years. Every poem comes with the assertion: this is who I am and this is what you get. It is by design, admits Sukirtharani, but the design of the poems far more than the poet herself.

“I don’t decide the language of a poem; it is the poem that decides for me and I become merely a tool in that place. And it becomes all the more difficult when it is Dalit literature, women’s literature or subaltern literature. You can’t just go in search of meter and beauty; it has to convey the message too instead of just passing off as plain poetry,” she shares. As with every one of her creations, she navigates these difficulties to present two poetry collections that present to the world a liberated woman’s piercing perspective — on everything from politics, social contrainsts, love (for the world around), liberty, violence, vindication, the homeland and much more. And the goal of these creations is much bigger.

Of dreams and documentation

“It took ten years of writing to bring out my first poetry collection. This was in the early 1990s when publishing resources were limited. Over the years, I’ve attached myself to the poetry movement here. Fellow female poets and I wanted to bring about a similar movement from women’s poetry. We have all been writing for over two decades on women’s liberation, feminism, Dalit feminism, body politics, electoral politics, Eelam and more and that in itself would count as a movement. Through these writings, even through my poetry, you can see the issues that took predominance for women in each period; be it culturally, politically or socially. Off late, violence against women has been prominent. The poetry from that period reflects these issues and the impact they had on the writers. My poetry is no different; in such, I see it as a means of documenting the changes that have transpired over the years,” she details.

These works, while documenting the changes on a larger scale, also stand witness to how much she, and her work have evolved. “I started writing when I was 19 years old. So it was with the little understanding I had then, the few books I had read, the little life that I had witnessed that shaped my writing. I was in a village, I had not even seen Chennai, had no access to world literature. Over the years, my reading expanded, my influences grew and I found more clarity about my politics and what I wanted to write about. There are thousands who write about love. I didn’t want to limit it to love for a person but isn’t love for a society, wanting social change about love too? And after all it is Dalit women (or women of any caste for that matter) — being the oppressed lot in society — who know of the pain and can voice it in the hope of creating equality. That’s how I found my path,” she recounts.

Art and its audience 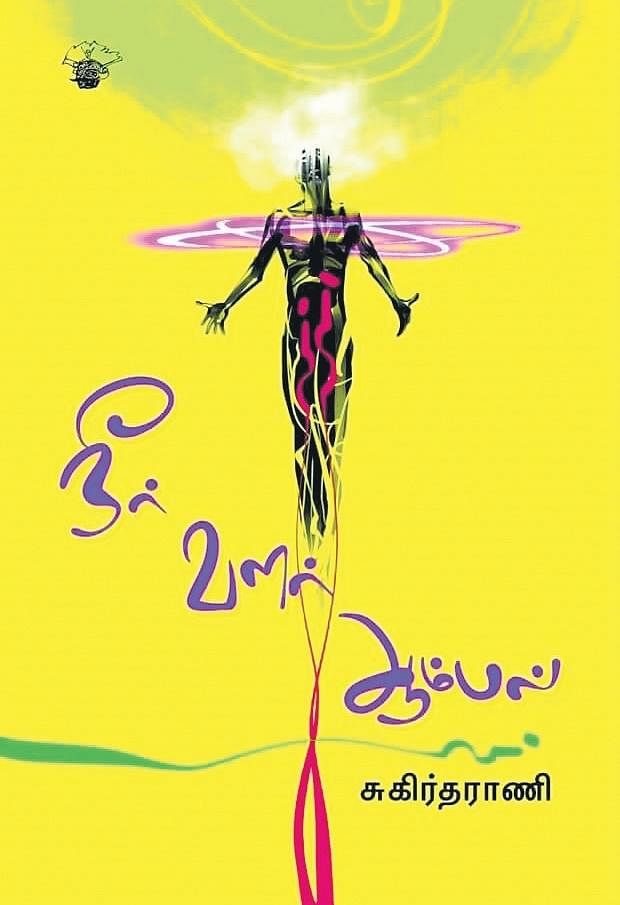 Over the years, her poetic expressions too have evolved. The paadal marabu has slowly grown to define her work. She always writes in the present tense for that she has a beauty of her own. Yet, such grand schemes and such evolution at a time when people are more inclined to a ‘readymade’ culture even in poetry has not been without challenges of their own, she points out. “We want everything readymade. They expect poetry to be the same way—that it is easily understood on first reading. But poetry isn’t like that; it should make you want to introspect and make of it what you will. I believe poems are like a closed fist, it is the reader who should want to peel it finger by finger and find what awaits them inside,” she says.

But all isn’t bleak. The response she has had since the release of the books this January has been reassuring enough; she expects that her audience would continue to show patronage throughout the year. However, it was the students who have been buying and reading her work from her that has restored her hopes from her in full measure, she notes. It reinforces her belief that art for art’s sake is no art at all, art should always be for the people. She is also delighted to see that so many more women now wield the pen and are creating history. She has but one request for them — that they take it upon themselves to write more politically.