Nathan Harris is the winner of this year’s Willie Morris Award for Southern Fiction for his debut novel, ‘The Sweetness of Water.’ Photo by Laurel Sager

OXFORD, Miss. – A debut fiction writer penning a tale of redemption, loss and social change amid intersecting relationships in the Reconstruction-era South and a poet rediscovering Southern roots are the winners of this year’s Willie Morris Awards for Southern Writing, housed at the University of Mississippi.

The winners will be celebrated as part of the Oxford Conference for the Book, set for March 31-April 1. 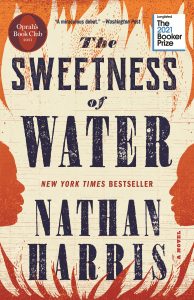 “Nathan Harris has written a profound novel,” said Stephen Monroe, chair of the UM Department of Writing and Rhetoric. “We hope the Willie Morris Award leads more people to read his beautiful debut, and we look forward to welcoming Nathan to the Oxford Conference for the Book this spring.

“Our winners will join an incredible group of talented writers at this year’s conference.”

A national panel of judges reviewed nominated novels looking for works that ask readers to engage with the complexities of the American South. They narrowed the fiction entries to a shortlist of three: Harris’s “The Sweetness of Water,” “Hell of a Book” by Jason Mott and “The Vanishing Half” by Brit Bennet.

As the fiction winner, Harris receives $10,000. He holds a Master of Fine Arts from the Michener Center at the University of Texas. Harris was a National Book Foundation 5 Under 35 honoree in 2021.

“I’m so humbled to be the recipient of the Willie Morris Award for Southern Fiction,” Harris said. “Allow me to express my deepest gratitude for the judges, the University of Mississippi and the spirit and legacy of Mr. Morris himself. This is an honor I will be reflecting on for some time.”

Jonathan Haupt, one of the fiction judges for the Willie Morris Award and executive director of the Pat Conroy Literary Center, praised Harris’ work.

“Harrowing and yet also hopeful, ‘The Sweetness of Water’ deftly captures the South in the days just after the American Civil War with vantage points on race, class, gender and sexuality that resonate in the historical moments we are still navigating today,” Haupt said.

“That this masterful epic from Nathan Harris is a debut novel is nothing short of astounding – and brings with it the welcome possibility of many more stories to come from an author who deserves every accolade that comes his way.” 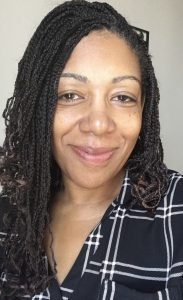 Weatherly is a poet, writer and professor of English at Georgia State University’s Perimeter College. Her work by her has appeared in Tulane Review, Plainsongs Magazine and Auburn Avenue, a biannual publication showcasing the intellectual and creative voices of people of color.

“This poem grew out of a need to not only go back to my Southern roots, but it also spoke to where I was personally at the time,” she said. “Winning the Willie Morris Award affirms to me that writing in your truth is what this art form is all about. I am incredibly grateful for this artistic space to share my writing.”

Susan Kinsolving, a prize-winning poet herself, selected the poem from a record number of entries.

“The honesty and history expressed in Monica Weatherly’s brave poem of praise offer the reader a lesson of resilience and uplifting faith,” she said. “It’s a startling, heartfelt poem.”

As the youngest-ever editor-in-chief at Harper’s magazine in New York, Morris inspired great writers and helped shape careers. As writer-in-residence at UM, Morris mentored students and aspiring writers, stimulating both their creativity and their passion for the written word. The Willie Morris Awards continue that legacy.

With their $3 million gift to the Department of Writing and Rhetoric, donors Reba White Williams and Dave Williams, of Connecticut, established an endowment in 2020 to oversee administration of the awards.