‘Comedy is everywhere, in each one of us,” wrote Milan Kundera, “it goes with us like our shadow, it is even in our misfortune, lying in wait for us like a precipice.” For Mr. Kundera, Stalinism was the tragedy that had to be met with frivolity. For novelists today, misfortune is often imminent rather than actual, taking the form of looming environmental and technological apocalypses. The rising ocean of dystopian fiction tends to be bleak and cautionary, but a few books have approached catastrophe through the universal language of humor: Joy Williams’s “Harrow,” for instance, and now, less caustically, Yoko Tawada’s ”Scattered All Over the Earth .”

Like Mr. Kundera, who wrote in Czech and then French, Ms. Tawada is a dual-lingual novelist, alternating between Japanese and German, which she learned when she moved to Hamburg in the 1980s. “Scattered All Over the Earth”—written in Japanese and translated by Margaret Mitsutani—possesses both the looseness and wistfulness of extreme displacement. In its speculative setting, some unspecified disaster has caused Japan to disappear under the sea. Hiruko is one of countless refugees who have come to Europe—in her case de ella, to Denmark, where she is hired to teach immigrant children about European culture. But rather than pine for her lost homeland or fully assimilate, Hiruko has followed an individual path of self-creation, synthesizing aspects of her different cultures into a unique whole, exemplified by a “homemade language” she has invented called Panska.

Scattered All Over the Earth

Panska captures the attention of a Danish linguist named Knut, and the two bond and begin a picaresque journey across Europe, ostensibly in search of other Japanese immigrants. On the way they befriend people in different stages of metamorphosis: Akash is an Indian in Germany transitioning to womanhood; Nanook is a Greenlander who has spent years pretending to be a Japanese chef named Tenzo (“a whole life with just one identity seemed kind of dull,” he thinks). Romance and mild jealousies develop in this “strange traveling band,” whose discussions alight on language and cuisine—both sources of cultural fusion and profound pleasure.

And like Mr. Kundera, Ms. Tawada is interested in the condition of lightness. Her world de ella is defined not by multiculturalism so much as a dissolution, as it increasingly questions the concept of native tongues, and, indeed, of countries themselves. Included is a digression on Claude Monet, who was influenced by Japanese prints and once traveled to Norway to paint Mount Kolsaas. “Monet’s colors change with each brushstroke, yet his landscapes appear as a whole,” Knut reflects, and Ms. Tawada’s characters are similarly impressionistic: mobile, protean and evanescent, whirled together in a manner that can seem insubstantial but combines to form a vision of beauty and calm.

A House Between Earth and the Moon 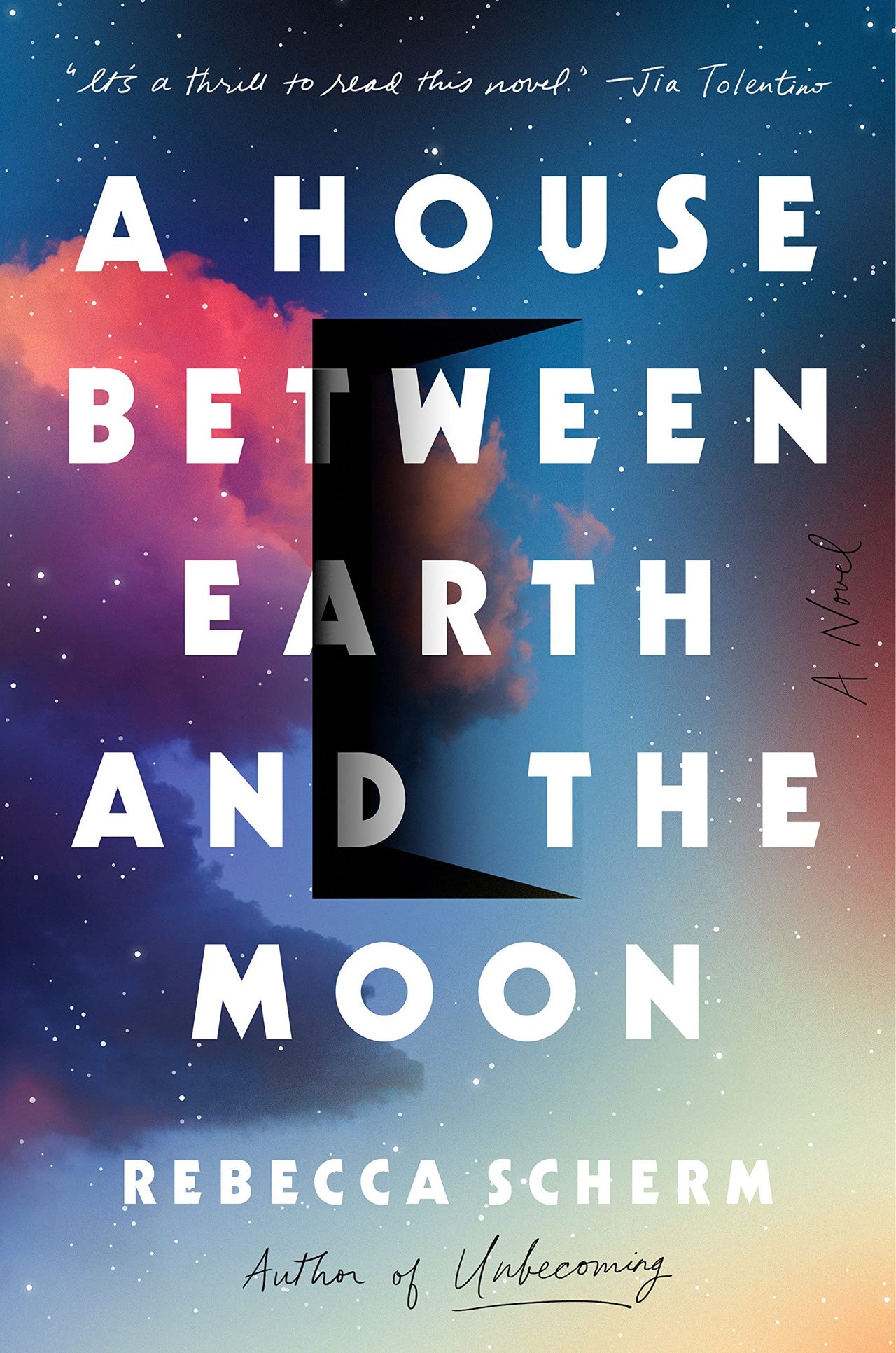 Rebecca Scherm’s “A House Between Earth and the Moon” returns us to the cautionary mode of futuristic fiction, taking place largely in a billionaire-funded space station called Parallaxis. On Earth, global warming has brought about hurricanes, drought, food shortages, stinkbug infestations and deadly heat waves. A tech juggernaut called Sensus has exploited the insecurity, manufacturing phone chips that are implanted beneath the skin and can, of course, capture endless amounts of personal data. Sensus is the mover behind Parallaxis, into which they have sent a team of scientists who are tasked with both constructing living quarters and perfecting their research innovations to provide food, water and clean air.

Among these “Pioneers,” as they self-deprecatingly call themselves, is Alex Welch-Peters, whose experiments with algae have shown the potential for increased carbon-capture, and thus more oxygen in the atmosphere. Like his colleagues from him, Alex is painfully estranged from his family and haunted by a series of related questions: Should he convince them to join him in the experimental space station? Is his work going to benefit humankind or just a handful of zero-gravity billionaires?

Science-fiction writers may have been the first to colonize outer space, but it has since passed to mainstream literary novelists to introduce banality to the setting. For all this book’s futurism, its subjects are the same as any contemporary novel of the suburbs: divorce, shame and teen angst (to the wobbly tower of dystopian nightmares, Ms. Scherm adds a subplot about high-schoolers making deep-fake sex videos ). The pessimism can be eye-opening. I like the point that luxury space residences, portrayed in films in spotless modular fashion, will more likely be depressing and unhygienic cubes where hair is always clogging the air filters. But this makes for a lot of misery to seal oneself up with. Like other recent doomsday novels—Richard Powers’s “Bewilderment” or Hanya Yanagihara’s “To Paradise”—it appeals to what seems to be a readerly desire to wallow in guilt.

How Strange a Season 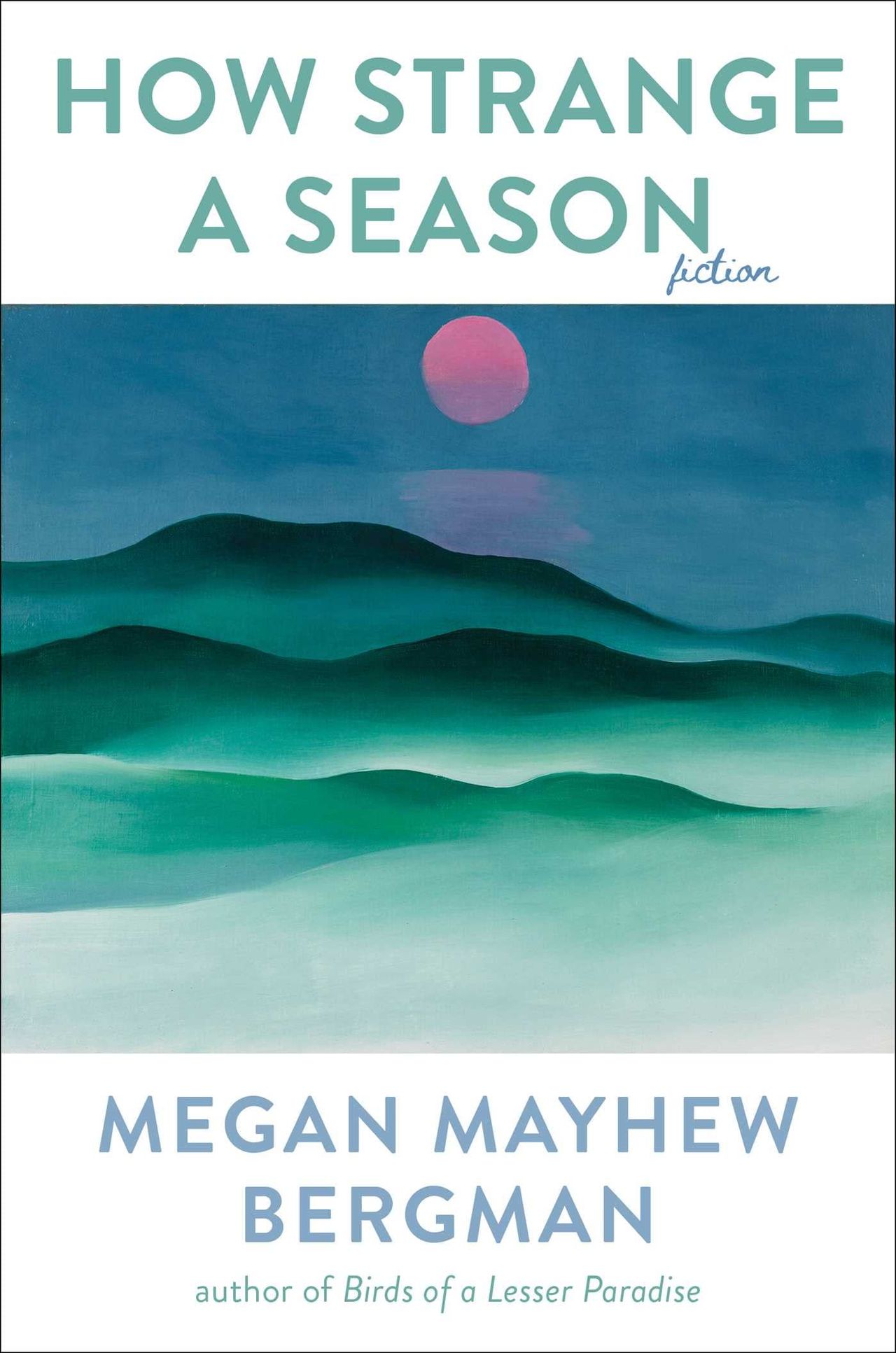 Guilt is omnipresent, though more coolly handled, in Megan Mayhew Bergman’s collection “How Strange a Season.” Family dysfunction is again yoked to some broad and inscrutable crises rooted in history or environmental collapse. In “The Heirloom” a woman has converted an Arizona ranch ruined by drought into a kind of theme park where repressed businessmen can operate heavy machinery and smash old cars with an excavator. “Inheritance” follows a lovesick woman to a gorgeous family property on the California coast that is in danger of sliding into the sea. A heartbroken biologist goes to North Carolina in “A Taste for Lionfish” in a doomed attempt to convince locals to fish for a poisonous invasive species. Nature, in Ms. Bergman’s telling, is wondrous but barbed, bearing the curses of love’s betrayals.

The book’s standout work is “Indigo Run,” a slow, richly satisfying novella set on a decaying South Carolina plantation in the 1930s. At heart is a destructive love triangle between a Southern belle, her husband de ella and a foreign wet nurse hired to care for the couple’s child. The writing’s surface is lush and lazy and luxuriant, but at the story’s murky root are old historical crimes—everything the characters “were not willing to say or name about the cruelty of life. . . and their complicity in it.”