Gujarat Titans vs Lucknow Super Giants is the battle of newbies in the IPL 2022. Pandya brothers playing against each other will be a new rivalry. Hardik Pandya and Krunal Pandya have been playing together since 2016! Both the teams have enough firepower to challenge the other team.

LSG will not be playing with their full-strength team. J Holder, M Stoinis, and K Mayers are not available for selection. A major blow came in just before the IPL 2022 started in the form of Mark Wood being injured. The good news is that Andrew Tye is named his replacement for him. D Hooda, R Bishnoi, K Pandya, A Khan, and KL Rahul are the core players for LSG. Quinten de Kock will open with KL Rahul, the biggest strength for LSG.

GT also suffered a significant blow after Jason Roy pulled out of the IPL 2022. But it may not be the concern right now because GT has Matthew Wade as an opening option. Also, Rahmanullah Gurbaz is named a replacement for J Roy. GT’s strength is in their bowling attack: Rashid Khan, Mohammad Shami, and Lockie Ferguson. R Sai Kishore and Rahul Tewatia as the second line of the bowling attack. Whether Hardik Pandya bowl or not is still a question, the head coach of GT, Ashish Nehra, said, “In any T20 squad, I will take Hardik Pandya as a pure batter.”

In the last match played at Wankhede, the pitch helped pacers more than spinners. Initial swing and bounce are expected, and spin may come into action in the second inning. 14 out of the last 20 matches played at Wankhede have been won by the chasing team. So, the team should bowl first after winning the toss. 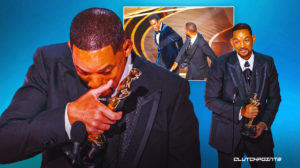