There are times in life when all of our voices need to be heard. Like when a Black man is unjustly murdered by the police. Or when a co-worker gets sexually harassed by a fellow teammate.

But there are also moments when some of us need to acknowledge that, just maybe, we don’t have a place in the conversation. And instead of quickly stepping up to the podium to express anger or judgement, we should step back and let others, who have had similar experiences and pressures, take the stage.

The Chris Rock and Will Smith Oscar incident is one of those moments.

While combining through social media, I ran across many voices that shared nuanced insights and opened my eyes to different perspectives. Some pointed out how Chris’s heckle wasn’t an ordinary heckle, because in that moment a Black woman was disrespected and attacked within a historically and systemically racist institution. Others pointed out how they were grateful to see a Black woman supported and protected. All of these voices acknowledged how violence wasn’t the answer.

I also ran across a lot of “hot takes” that left me feeling uneasy. And I realized that the demographic of people sharing these takes the same: white and wealthy.

“Violence is never ‘proof of love.’ that’s a deadly idea that has fueled and excused domestic (and all) violence for far too long. think hard about that take, please.” These are the words of Glennon Doyle, an acclaimed white author. While I agree with her sentiment of her, reading it still made me pause. Because how can she so confidently and immediately share her thoughts about her, when she has never experienced the combination of factors at play? In this case, there are complicated issues to consider: racism, public mockery, shame, class, trauma, and so much more. Is now the best time for her to contribute to this particular conversation?

To my relief, I only had to scan down to her caption to read: “UPDATE. Hello. Since I posted this, many Black women I respect have told me that as a white woman, this is not my conversation to have. There is so much about tonight that I don’t understand. That I should sit this out and listen. So that’s what I’m going to do.”

At times like this, it’s important to give the mic to people in the community who have experienced and can speak to the complex layers involved. 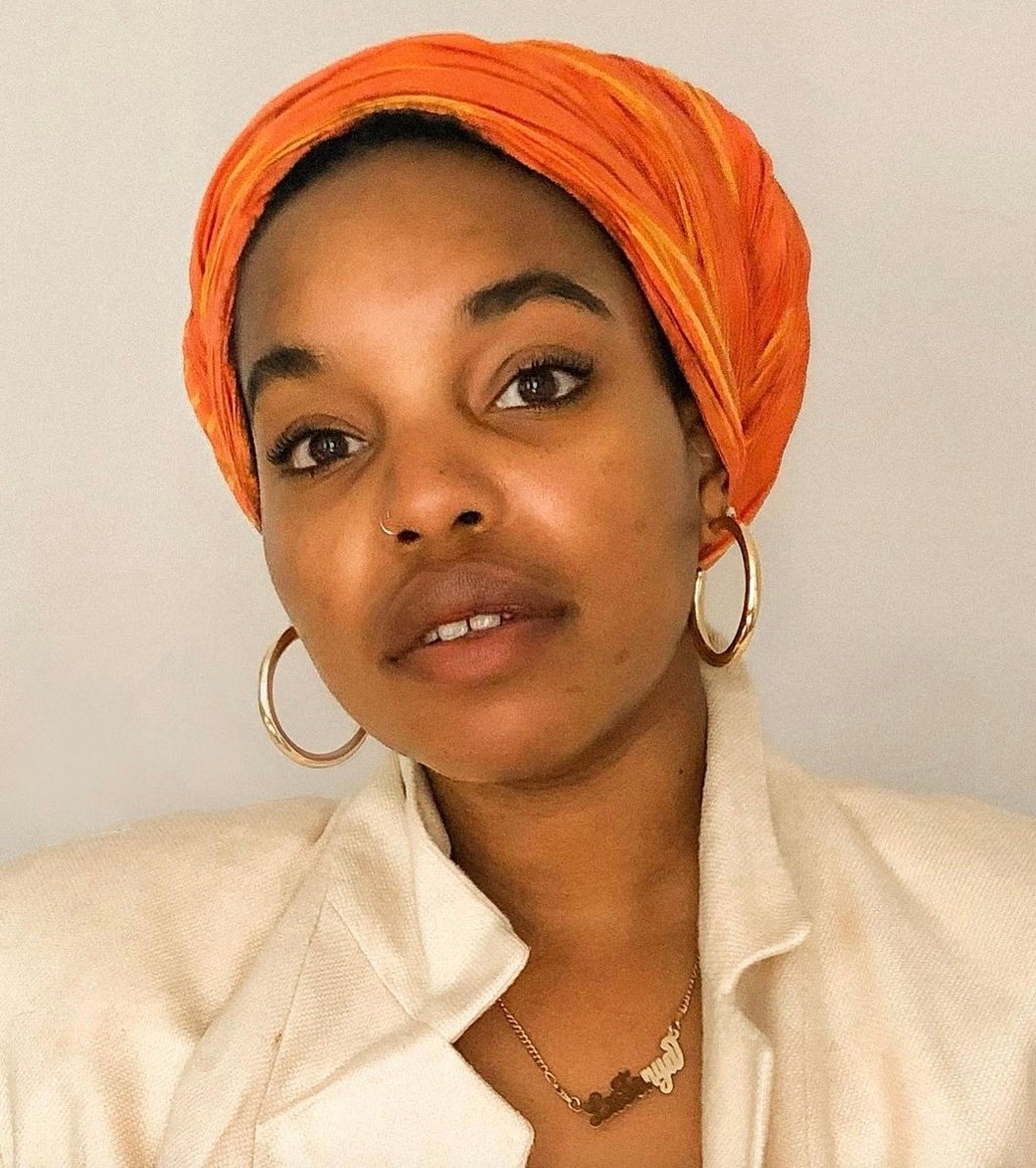 I spoke to LaTonya Yvette, who runs an eponymous lifestyle site and wrote the book Woman of Color. “White people must examine the way they automatically chose to examine the behavior of two Black men and how it affected a Black woman,” she told me. She empathized with Jada losing her hair because of an auto-immune condition. “As someone who grew up with vitiligo (another auto-immune condition), I don’t think people understand the gravity of mental and emotional anguish these things can have on a person, especially a Black woman. Lastly, if someone is not familiar with the word ‘misogynoir,’ I loved how my friend Erica Chidi put it into focus during last week’s hearings with Judge Ketanji Brown Jackson, as well as the Oscars.” 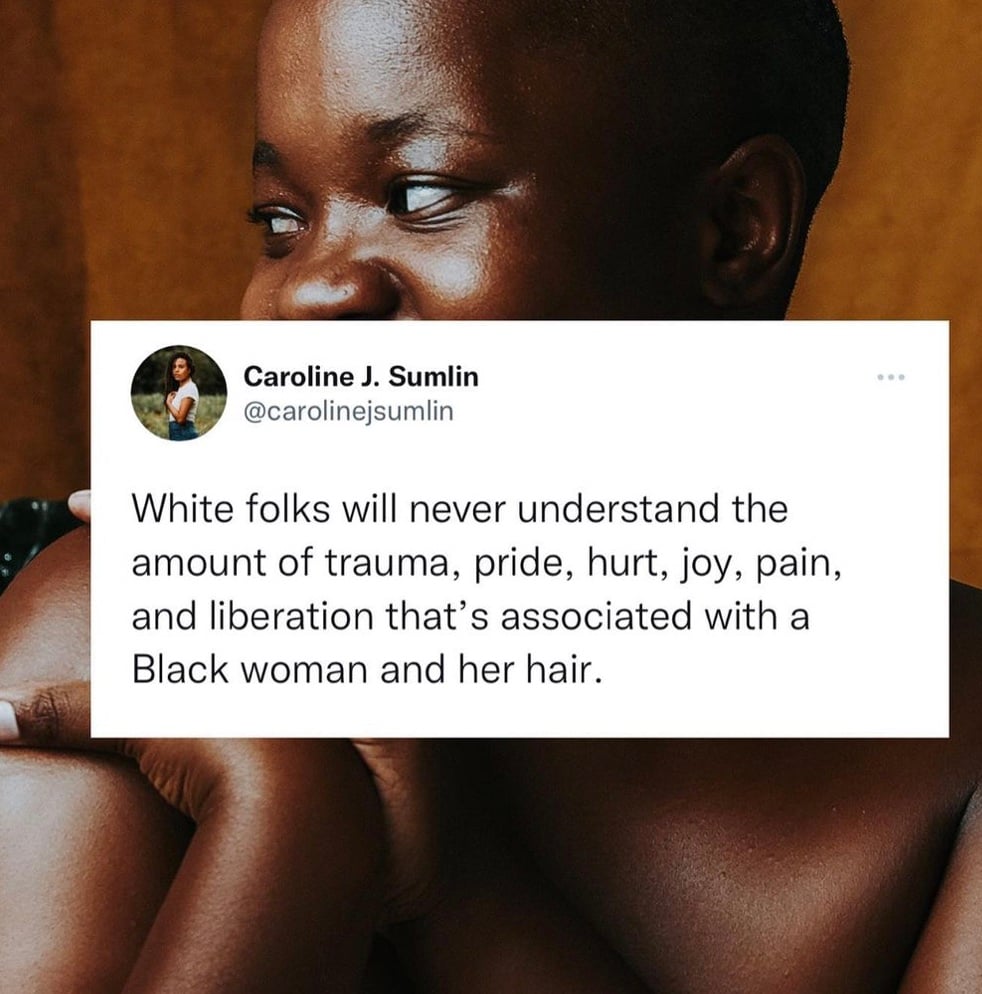 I also spoke to Caroline J. Sumlin, a writer, speaker and podcaster, who shared how non-Black people can be better allies: “Most of the time, Black people are asking non-Black people to demonstrate allyship by amplifying our voices, without centering their own. It applies with public situations like these: sit back, listen, and amplify the voices of those affected without inserting yourself because, chances are, there’s a greater cultural nuance that you’ll never be able to understand if you’re a non-Black person. Share your perspectives without added commentary. Read books and articles on your own time to develop a deeper understanding of what’s at play. Send money for coffee because you know the weight of what your Black friend is going through is more than you’ll ever know. Holdspace. And, most important, allow your Black friends and family to exist as fully human beings without their Blackness being questioned.” 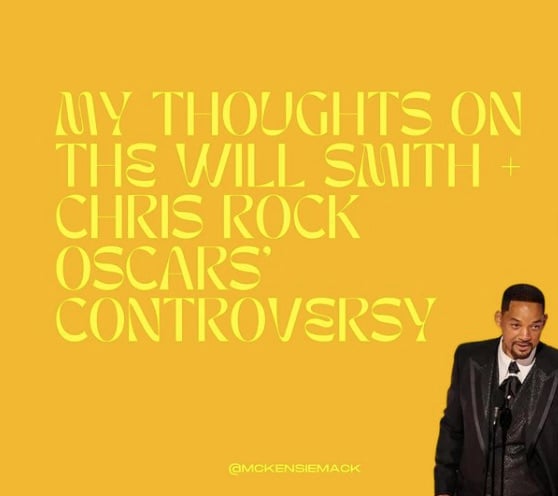 McKensie Mack is a social justice leader, organizer, and the CEO of global research and change firm MMG. McKensie uses her energy and resources from ella to support union members, the LGBTQ community, and educate others of the systemic issues in our society that are designed to undermine people of color. 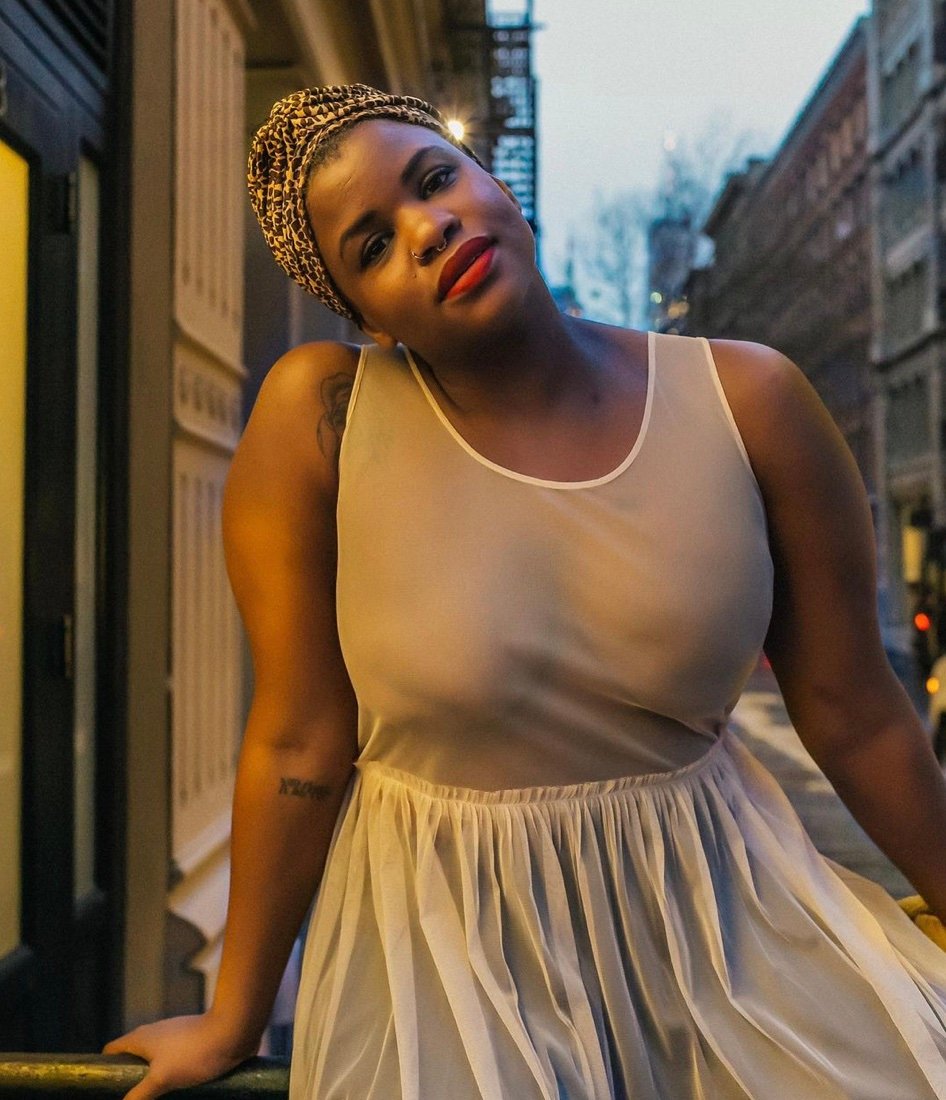 LaTonya recommends following Ericka Hart, a sexual educator, who is passionate about creating space for Black women in the body positive conversation and sharing the takeaways from her journey surviving breast cancer as a Queer Black woman. She works to challenge anti-blackness everywhere and shed light on the racial disparities in the US healthcare system. 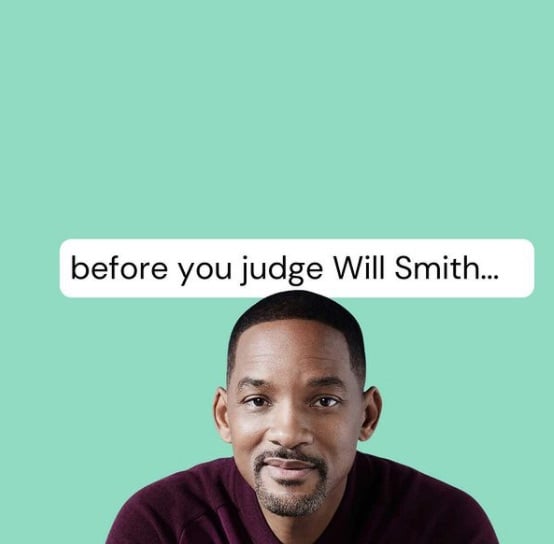 Gloria Atanmo is an online educator and content creator, who focuses on helping female entrepreneurs make a bigger impact and income. She’s been featured in Oprah Magazine and Conde Nast. Gloria is passionate about educating people on how to appropriately engage in Black conversation, like whether it’s okay to compliment Black hairstyles and the difference between “Black” and “African American.” 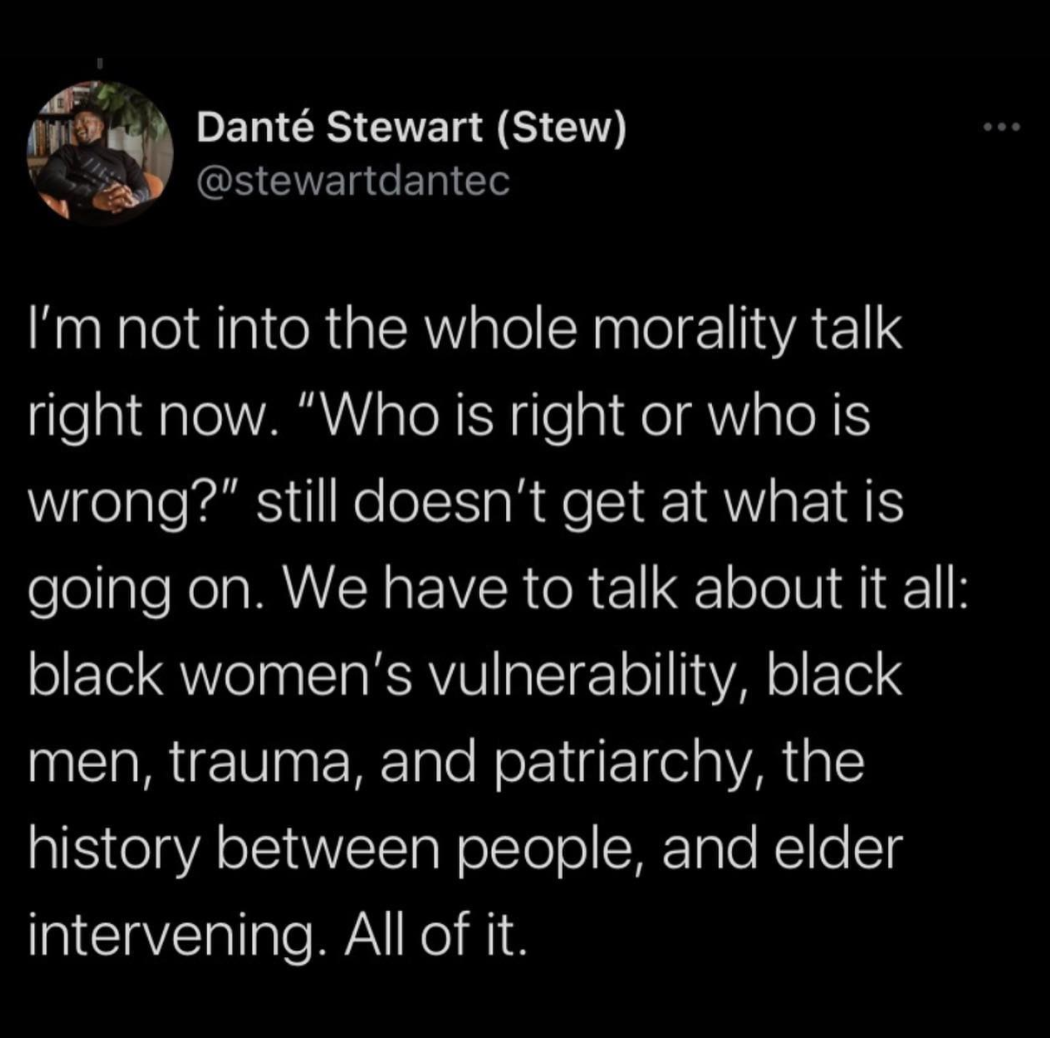 Dante Stewart is a theologian, essayist, and cultural critic who Caroline recommends people follow to learn more about the intersections between Christianity and race. He is the author of Shoutin’ In The Fire: An American Epistle, and his work has appeared on CNN, The New York Times, The Washington Post, and more. 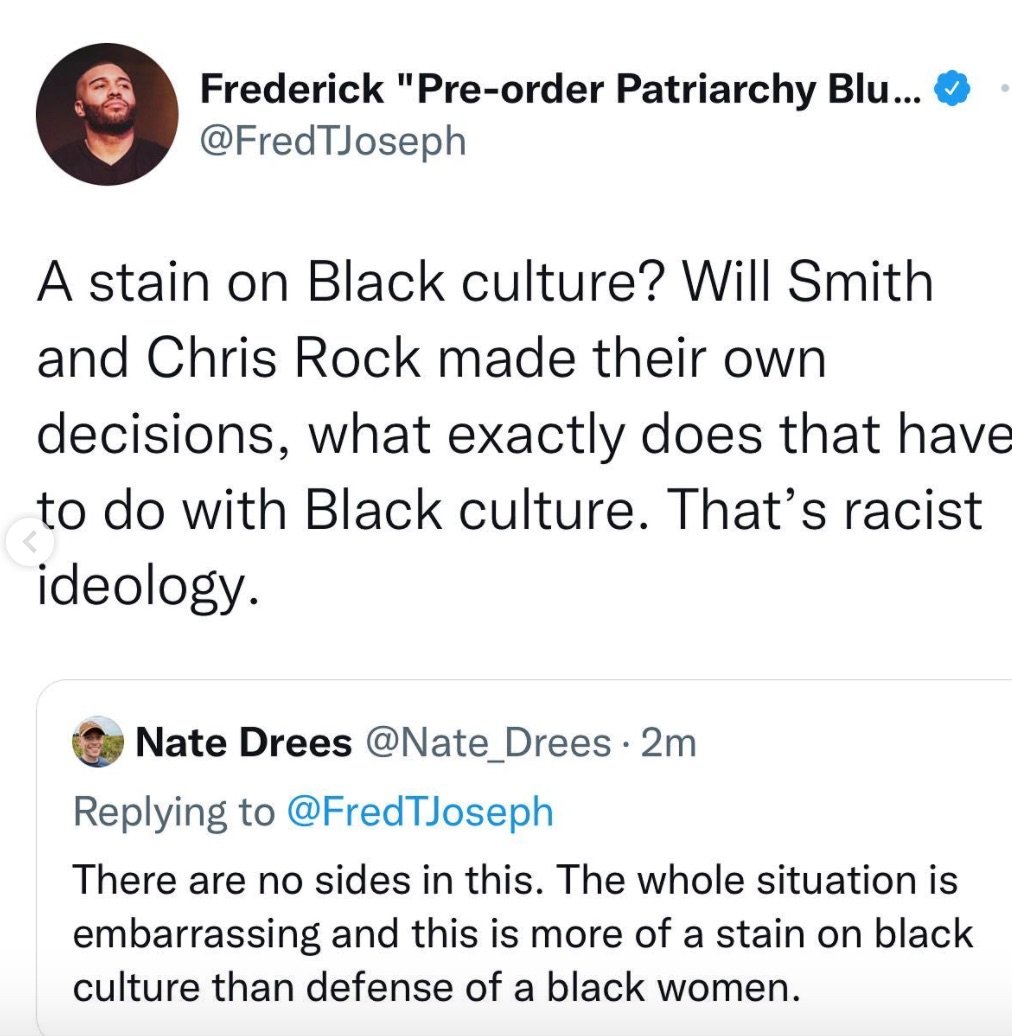 Frederick T Joseph is a New York Times bestselling author and Forbes Under 30 Marketer. He wrote The Black Friend: On Being a Better White Person and covers the issues of privilege, race and toxic masculinity.

This Chris Rock and Will Smith conversation is complex, and I’m keeping three things in mind: 1) Multiple things can be true at the same time. 2) There are some conversations we’re called to participate in, and others where we should listen and learn. 3) If people in the community that’s affected don’t want to talk about a difficult subject, don’t press them with questions. Sit back, give them space to process and digest, and take yourself out of the equation.

PS Our Race Matters column, and “five things I want to tell my white friends.”