Last week Bleeding Cool scooped the news that Sim Liu, star of marvel’s Shang Chi And The Legend Of The Ten Rings, was stating that he would not “sign any Master of Kung Fu comics or other comics deemed offensive. All autographs from Simu will be signed in English only.” Shang-Chi first appeared in the Master Of Kung-Fu comic books that were published by Marvel Comics from the seventies through to the eighties, 125 issues all in, a considerable run. Shang Chi first appeared in Special Marvel Edition #15 in 1973, created by Steve Englehart and Jim Starlinand the title was changed to The Hands of Shang-Chi: Master of Kung Fu two issues later.

Well, Marvel is now publishing a new ongoing series for the character, called Shang-Chi And The Ten Rings #1 by Gene Luen Yang and Marcus To, with no “Master Of Kung Fu” in the title for Simu Liu to object to. Shang-Chi #13 planned for June will now be cancelled, replaced with this new #1 issue for July.

Marvel’s greatest fighter has had a transformation since Yang starting penning his adventures in 2020. Packed with revelations about the hero’s origin and family, dangerous additions to his rogues gallery, and changes to his relationship with the wider Marvel Universe, SHANG-CHI’s future is more unpredictable than ever. And with the emergence of the legendary TEN RINGS in recent issues, Shang-Chi’s story is about to take a shocking turn. Revealed to have power that rivals the Infinity Gems, the TEN RINGS is a weapon that everyone from Hydra to the Hand wants their hands on. The repercussions will be so great that it will us her in an all-new SHANG-CHI ongoing. The previously requested SHANG-CHI #13 will now be SHANG-CHI AND THE TEN RINGS #1, the start of a bold chapter for the character.

Shang-Chi has gained possession of the powerful Ten Rings. But so much concentrated energy has not gone unnoticed. Now, every bounty hunter, assassin and evil syndicate in the Marvel Universe is coming to take the Rings from him! But will the responsibility and the truth of the Rings be too much to bear for the hero? The debut issue will see Shang-Chi in a striking showdown with Razorfist, more trouble for the Five Weapons Society, and the first appearance of a new foe—RED CANNON!

Here’s the original solicitation for Shang-Chi #13… 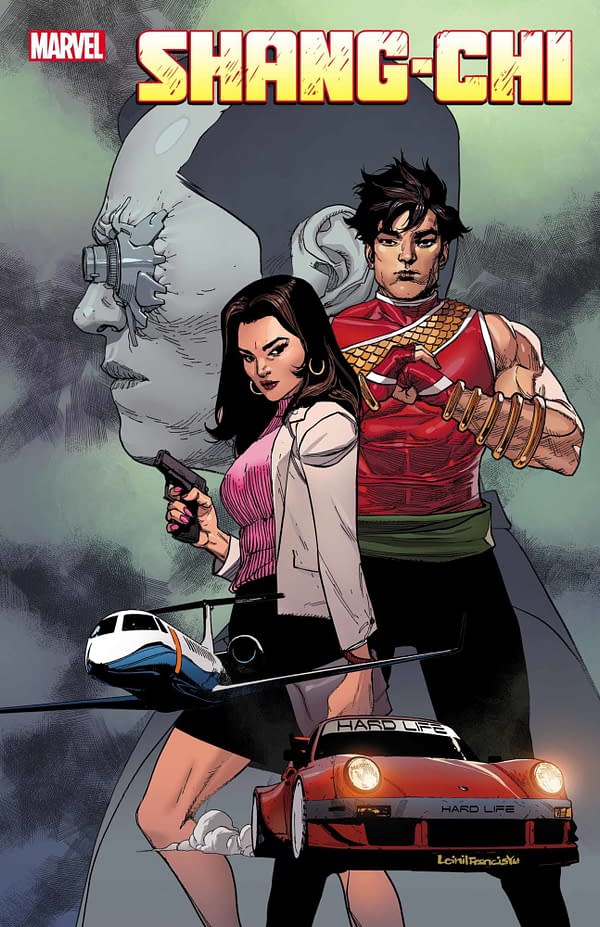 SHANG-CHI #13
MARVEL COMICS
APR220981
(W) Gene Luen Yang (A) Marcus To (CA) Leinil Francis Yu
SHANG-CHI – THE WORLD’S GREATEST SPY!
• Shang-Chi goes undercover after a brutal terrorist attack involves a Five Weapons Society agent.
• But he may have some competition, as a rival spy tries to beat him to the punch!
• Who is this woman? Who does she work for? And why does she seem like the perfect romantic fit for Shang-Chi?
RATED T+In Shops: Jun 01, 2022
SRP: $3.99