The beauty of written language is often captured within the pages of a book, though few people would consider a book to be a work of art in and of itself. However, for graphic designer Stephen Doyle, each book offers a unique canvas ripe for visual and textual exploration. Doyle’s hypertexts—a series of intricately altered book sculptures—allow words to leap beyond the page, creating elaborate structures and forms that give a whole new meaning to the term word play.

“I love language—and languages,” Doyle tells My Modern Met. “Cutting up books and reconstructing them is not exactly a rational exercise. The way that text is composed in a book is efficient, but not rational either. Lines of text begin mid-sentence, or wherever the last measure cut off, each line a wonderful slender brick, but meaningless out of context in the structure. Reconfiguring these lines creates arbitrary associations, juxtapositions that confuse or delight… Like concrete poetry, I can use language to visualize form, create puzzles, and if successful, they step up to the job of being koans.”

Doyle was introduced to this manner of wordplay as a child when his babysitter made a game of reading the newspaper horizontally across the columns to produce absurd combinations. Now, his hypertexts take that game one step further, bringing the text to life in its own three-dimensional realm. Like literal hypertexts, Doyle’s altered book sculptures connect one seemingly random line of text to another, creating novel and unexpected interactions through these arbitrary links. The forms they take are often inspired by the books themselves.

“Some of my friends are horrified that I am destroying books,” Doyle continues. “But I think of them as miniature monuments, testaments to the power of language and metaphors of imagination. I think of them as ideas coming into three-dimensional life—ideas taking physical form that allows them to cast shadows. And for me, casting a shadow is a testament to being real—my conviction that an idea does not just exist in the ether, but makes a noise when it lands on the table!” 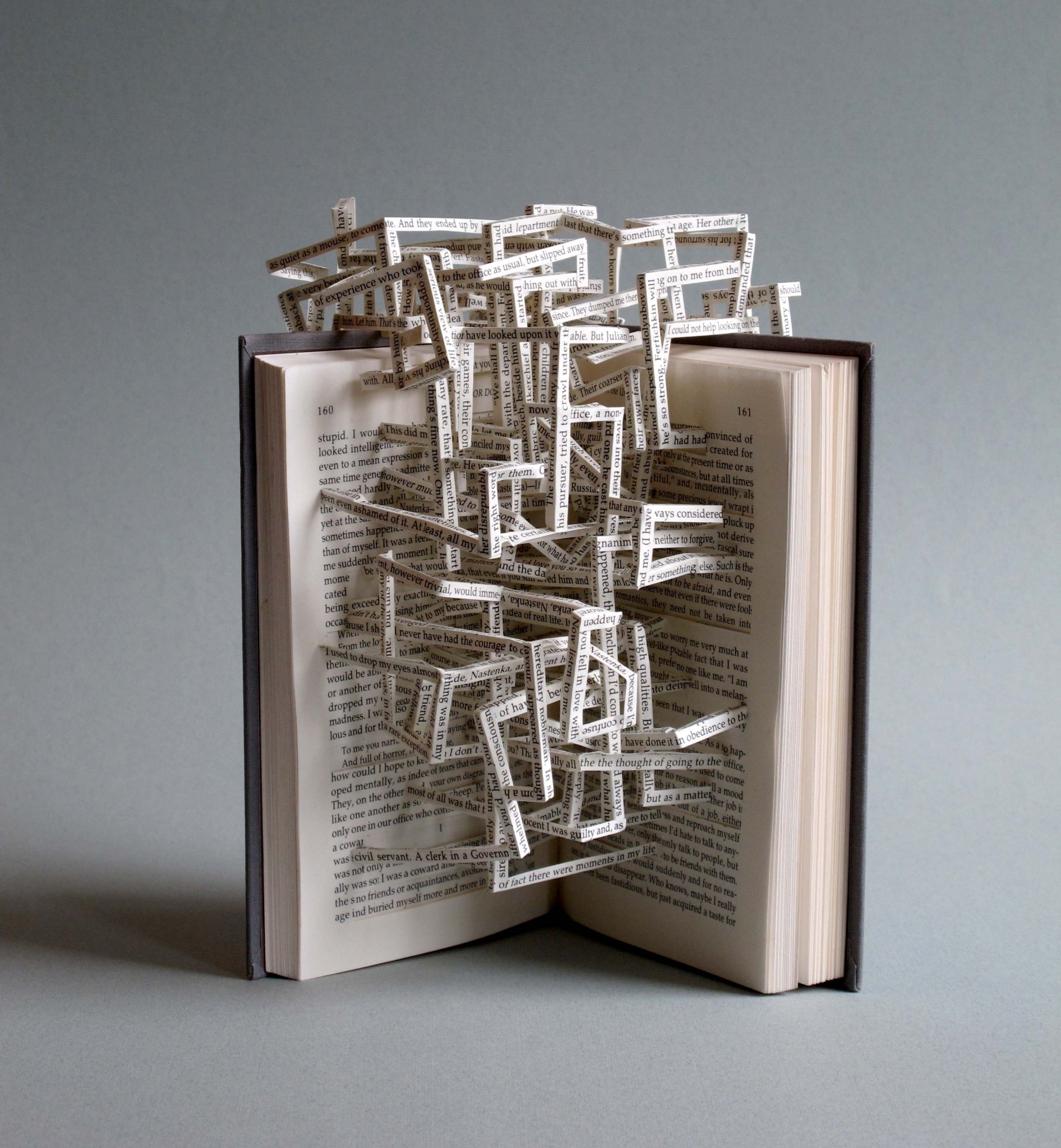 “Notes from Underground” by Fyodor Dostoyevsky 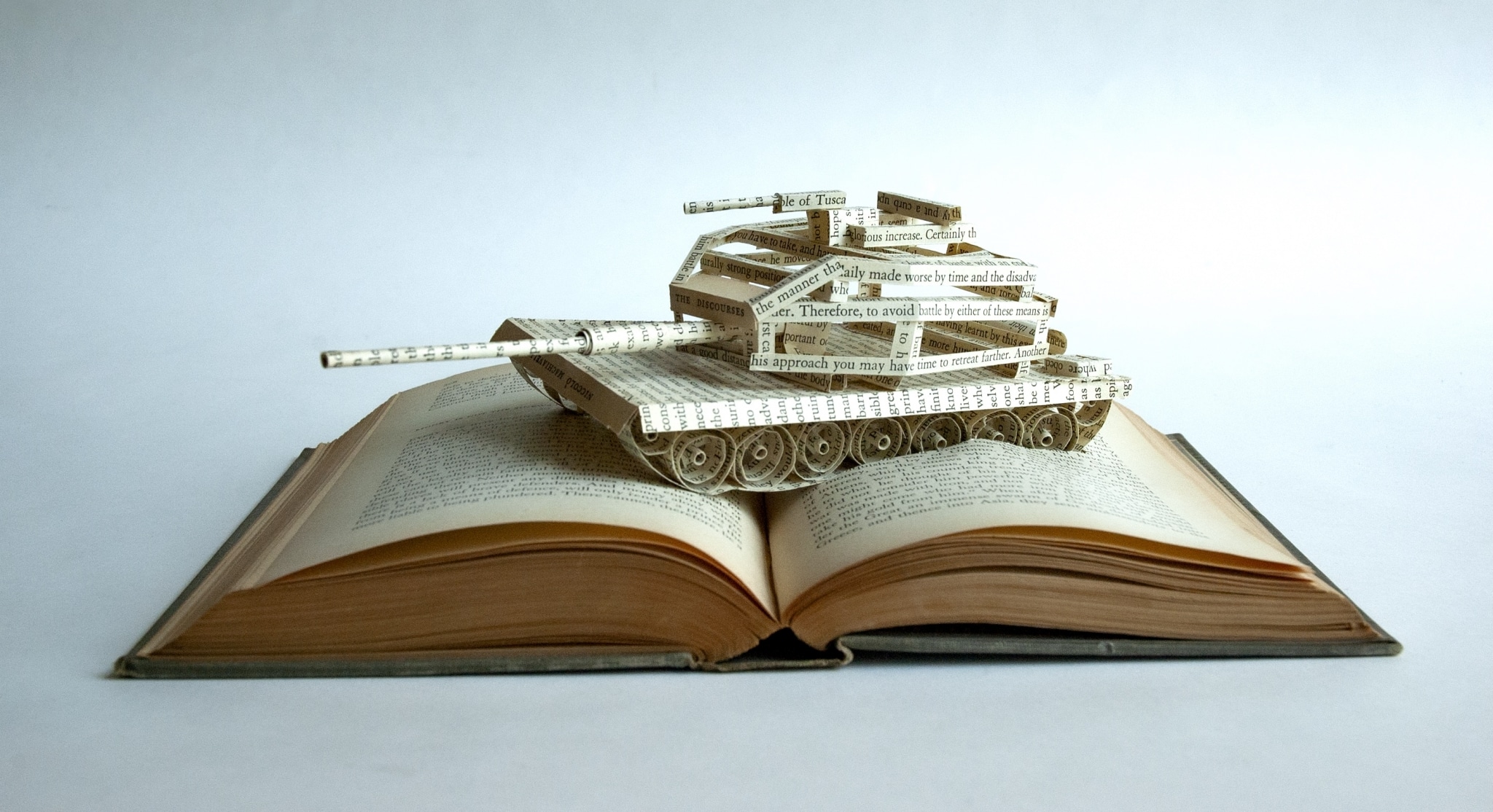 “The Prince and the Discourses” by Niccolo Machiavelli 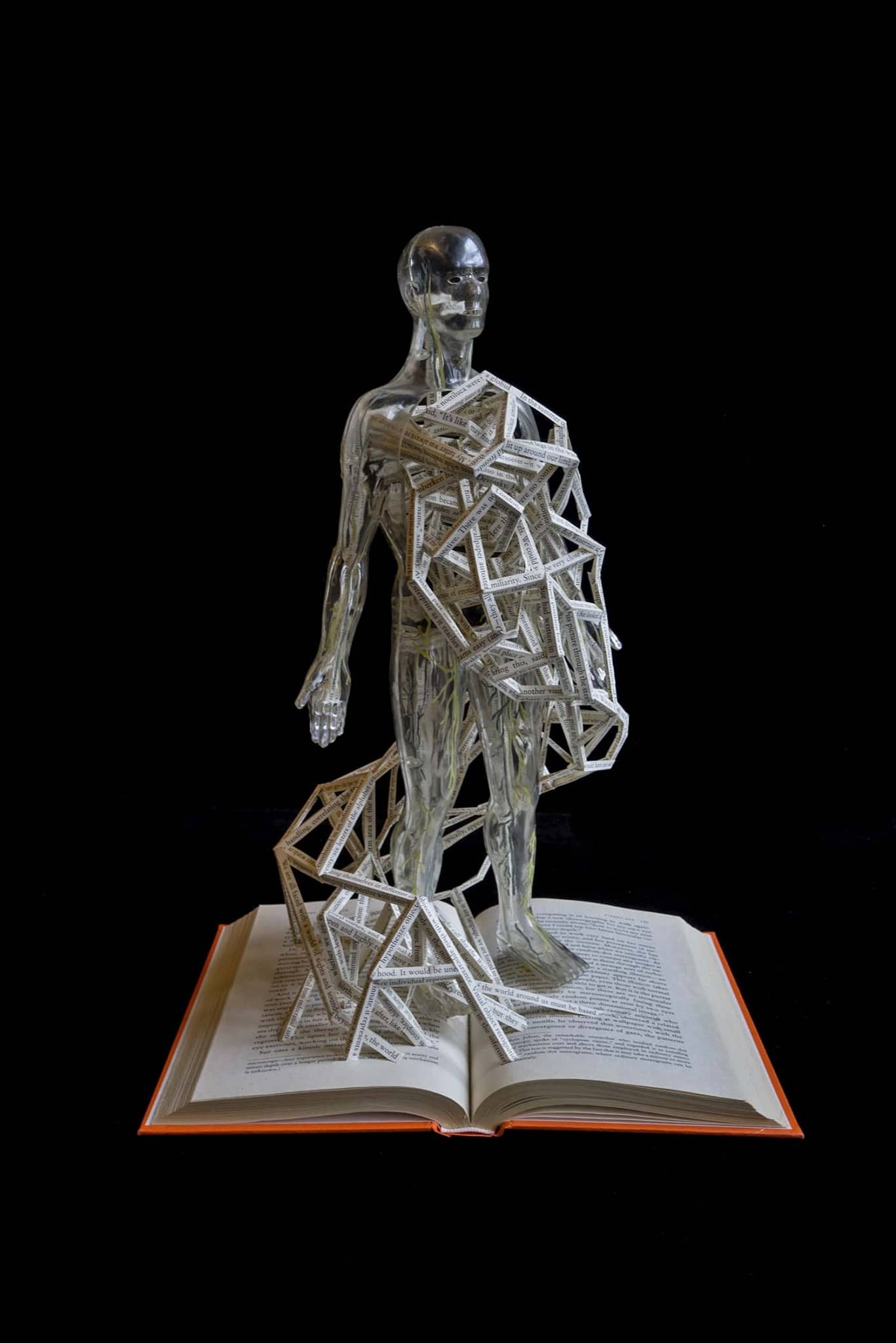 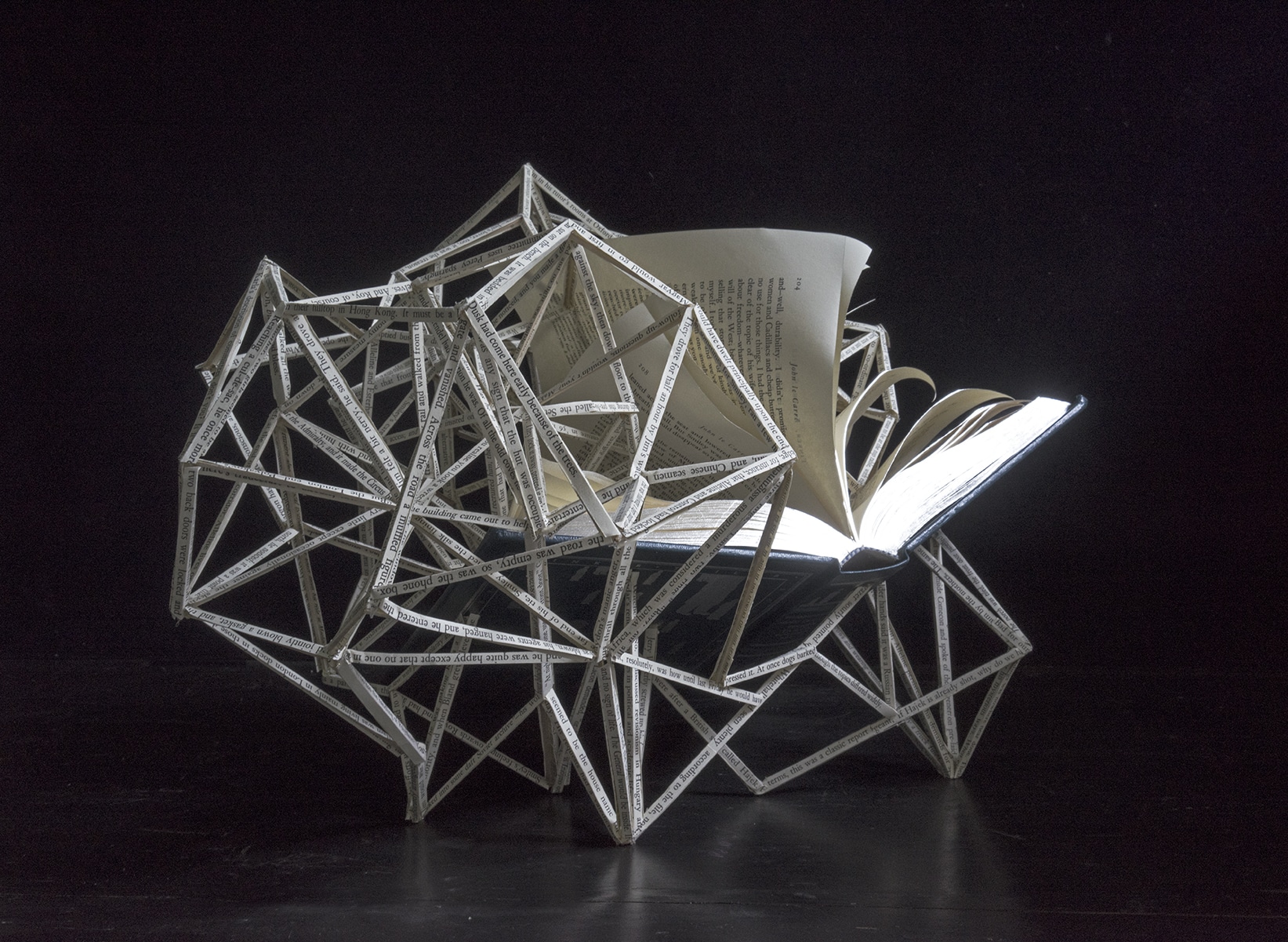 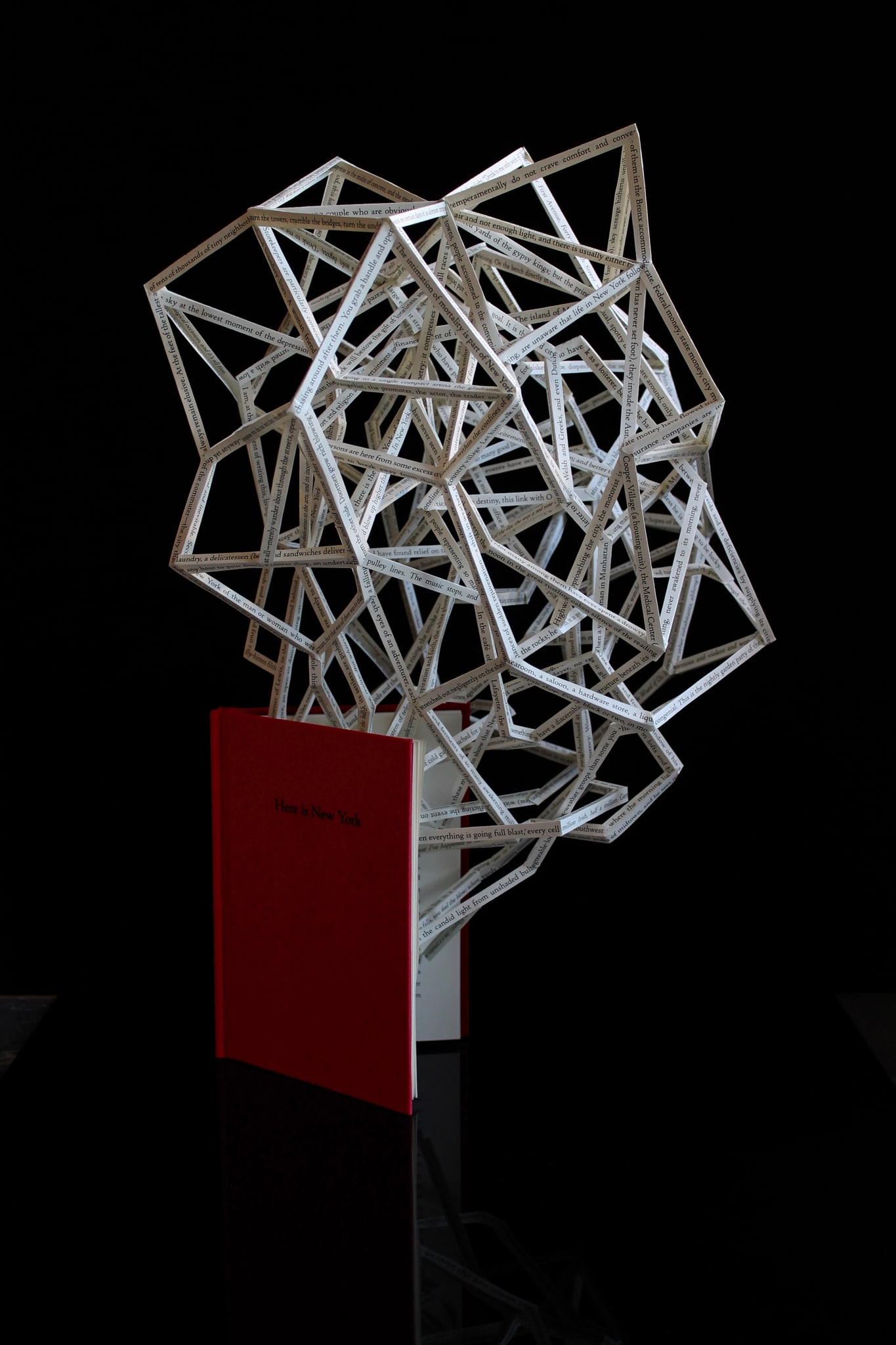 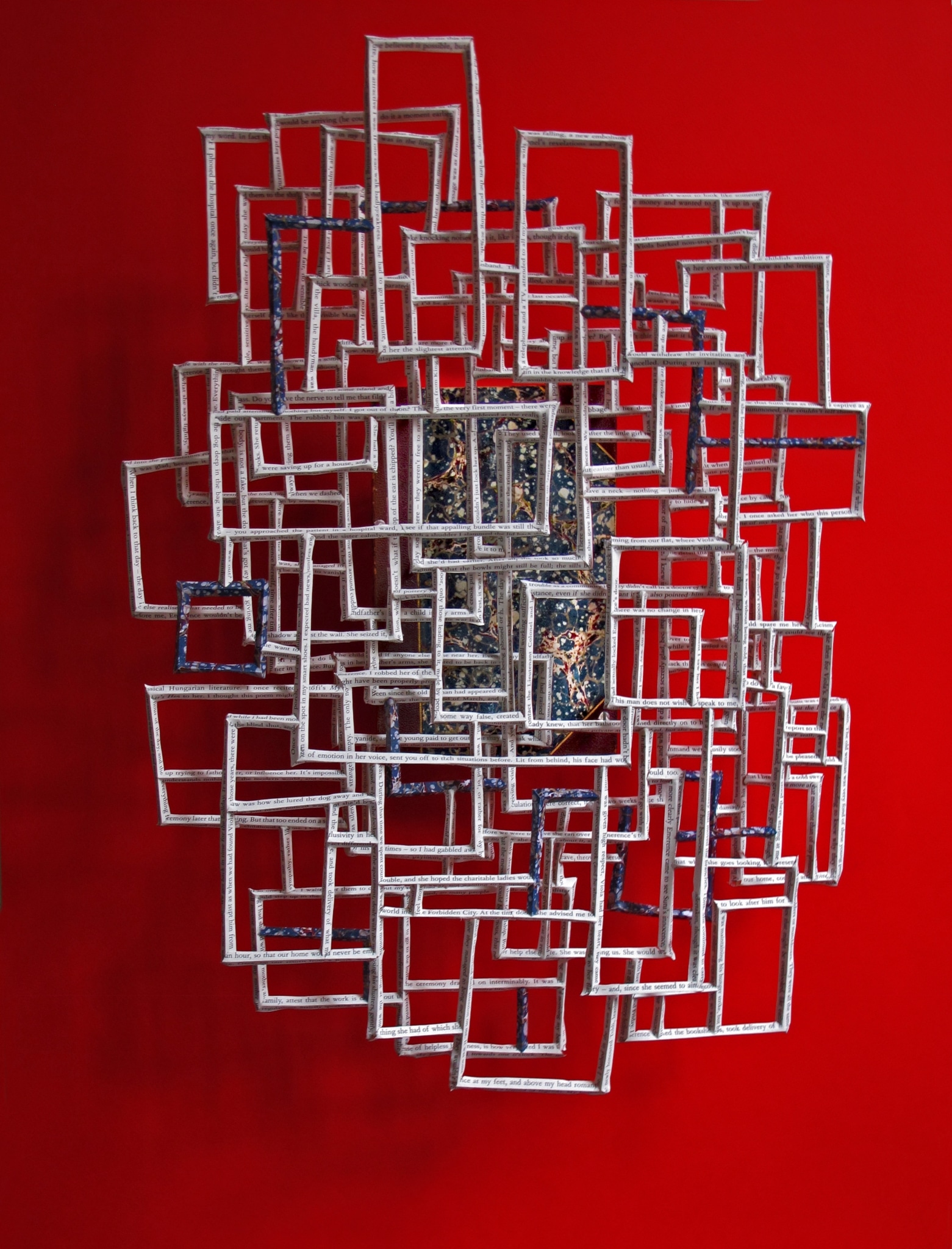 “The Door” by Magda Szabo 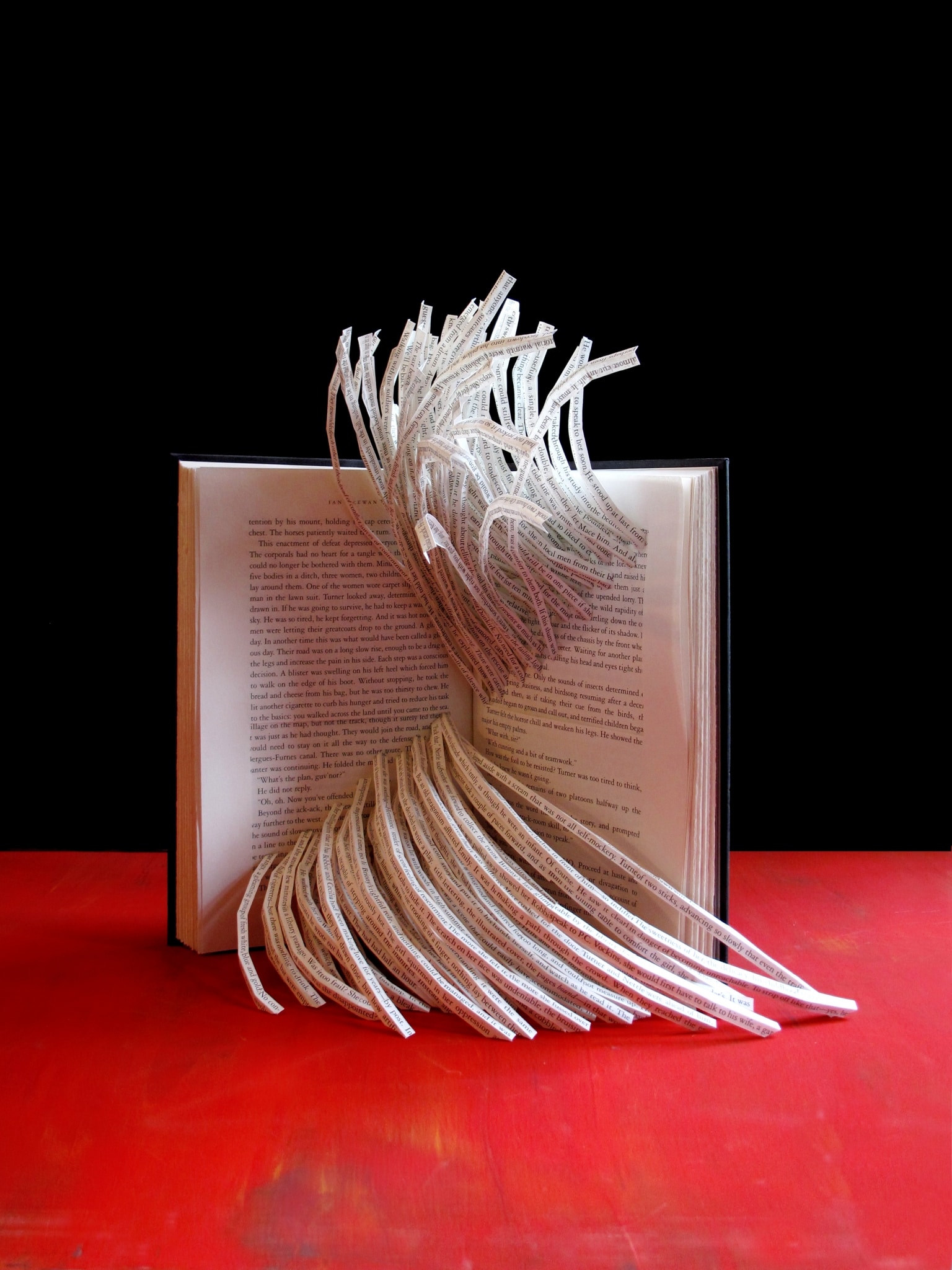 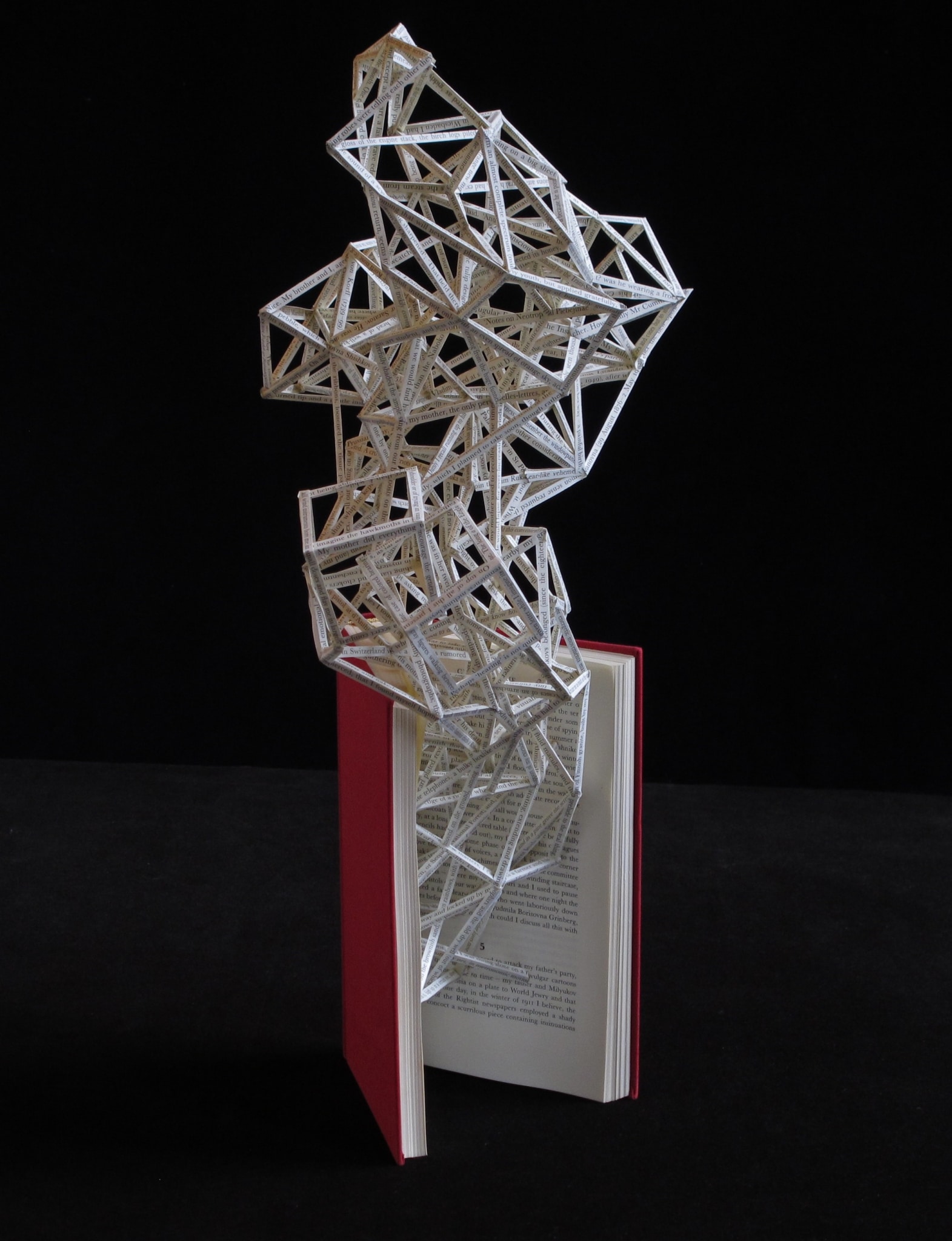 The forms they take are often inspired by the books themselves. 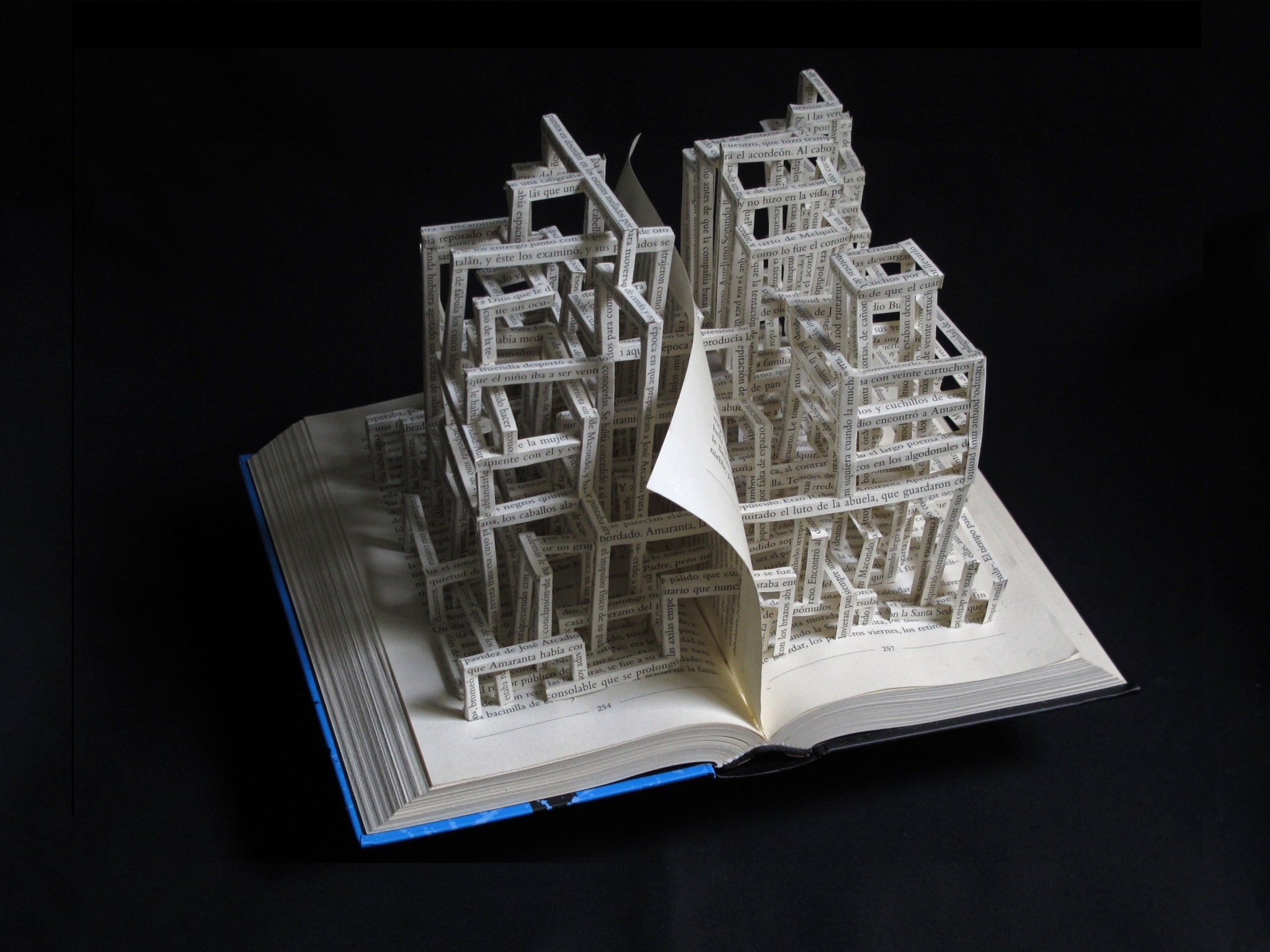 “One Hundred Years of Solitude” by Gabriel Garcia Marquez 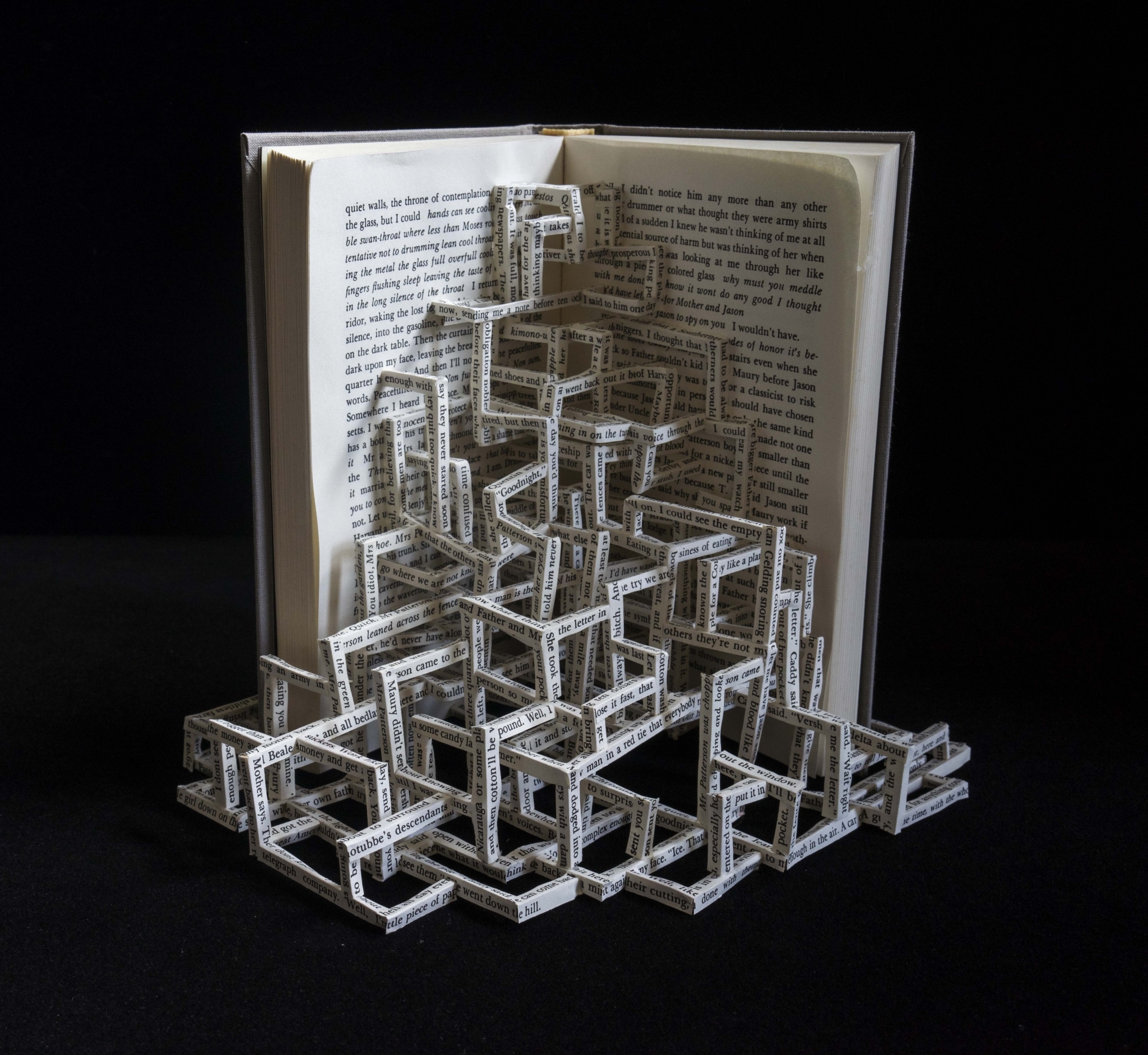 “Sound and the Fury” by William Faulkner 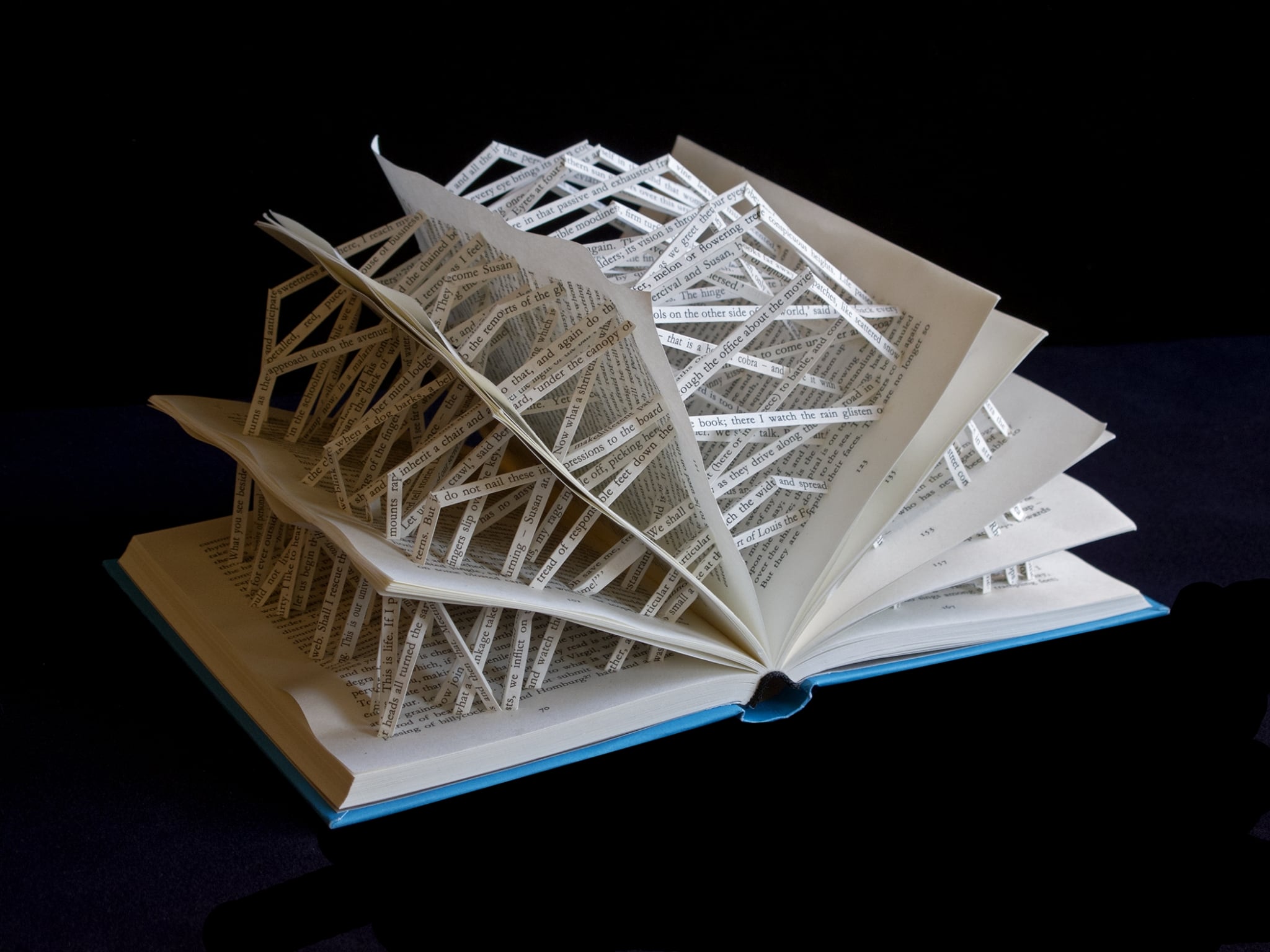 “The Waves” by Virginia Woolf 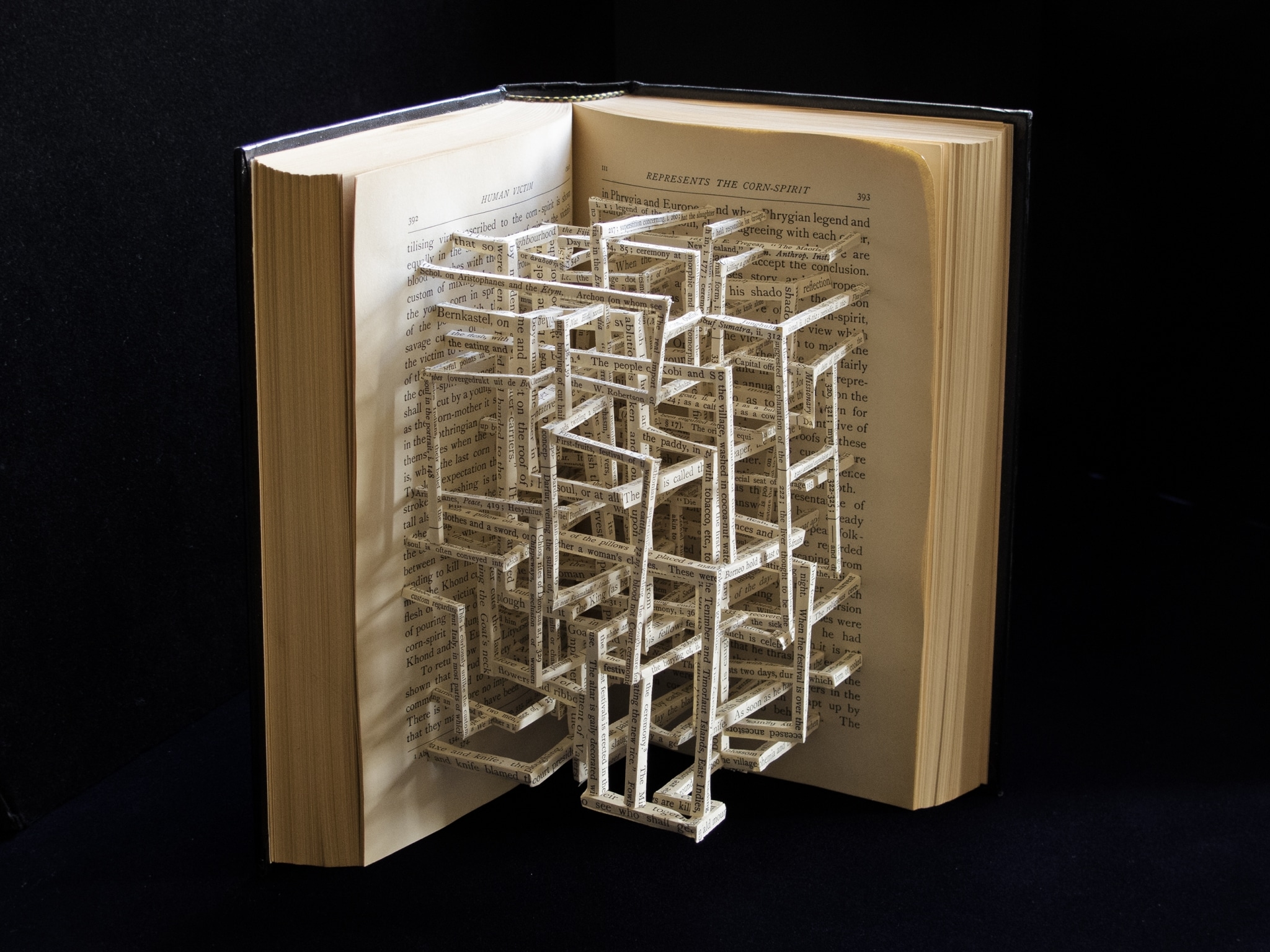 Doyle thinks of his book sculptures as “miniature monuments, testaments to the power of language and metaphors of imagination.” 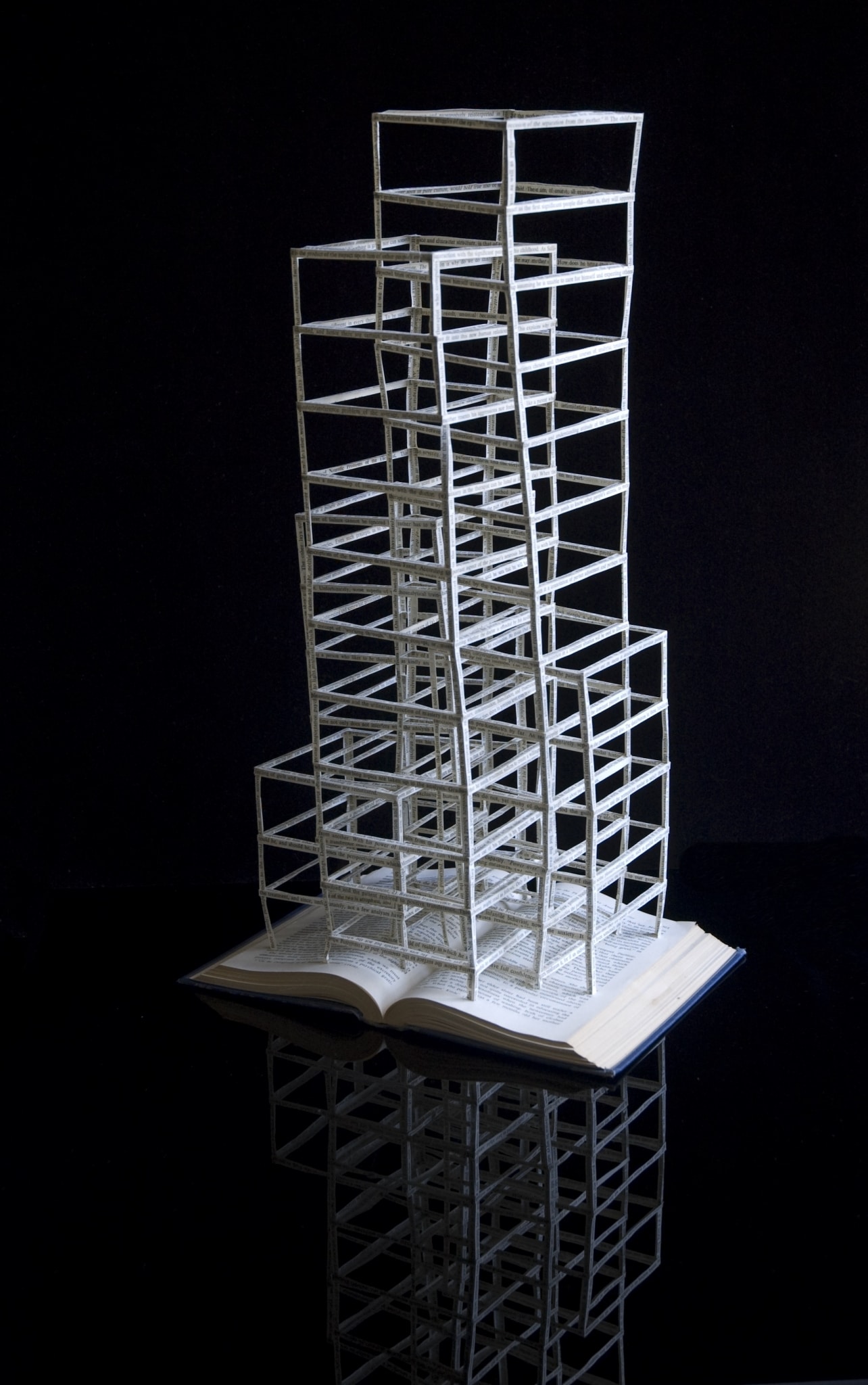 “A General Introduction to Psychoanalysis” by Sigmund Freud 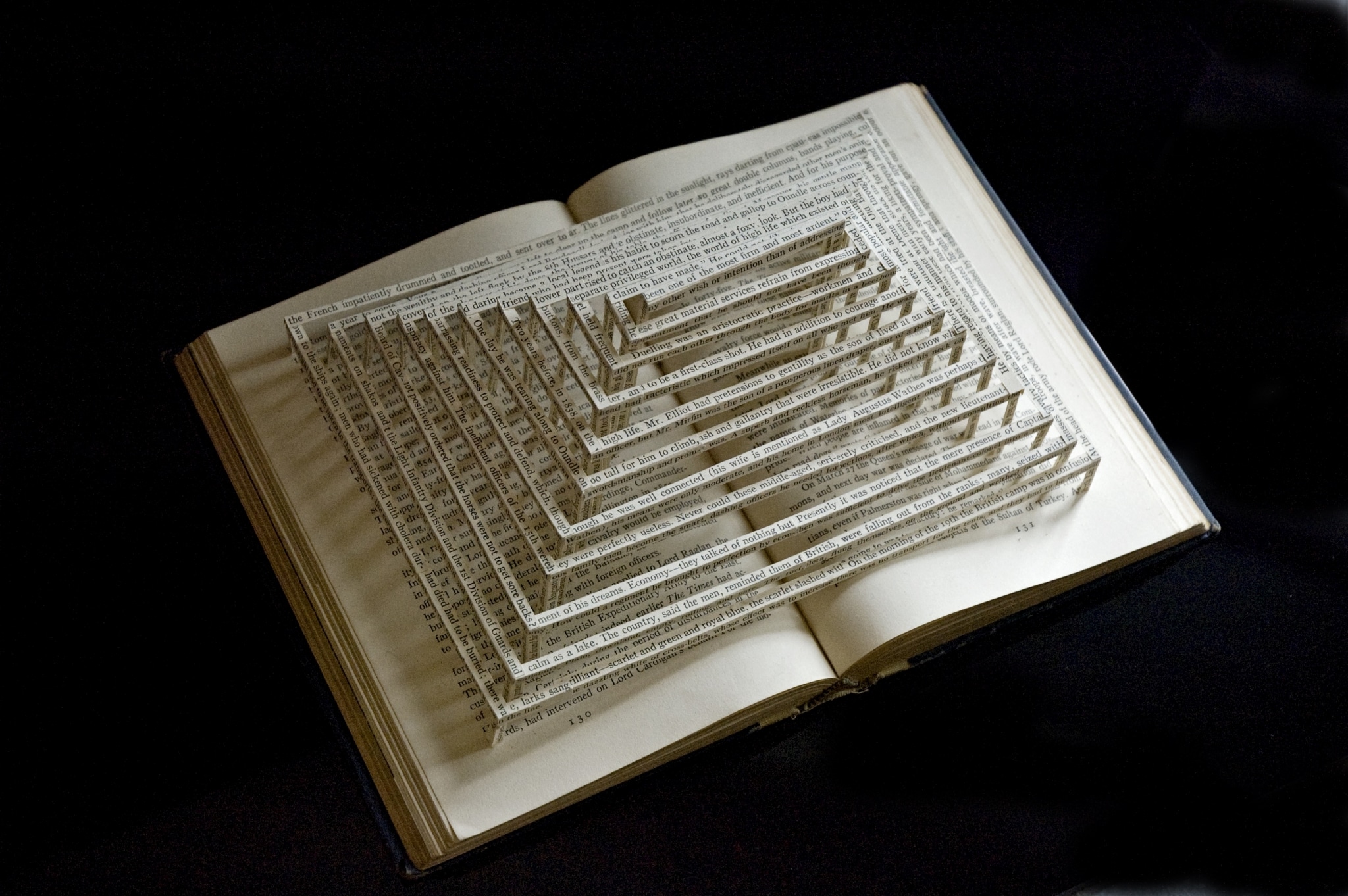 “The Reason Why” by Cecil Woodham-Smith 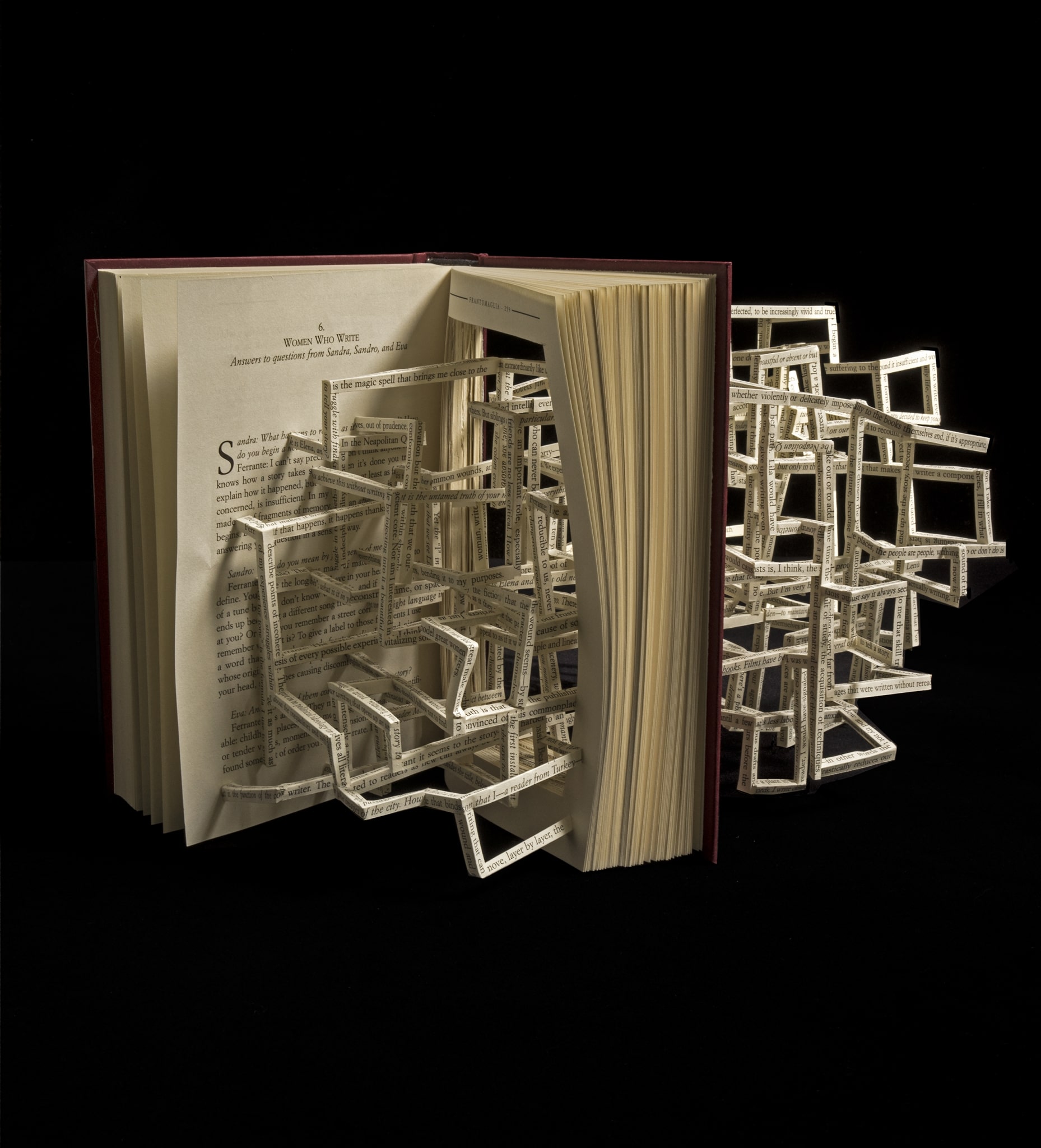 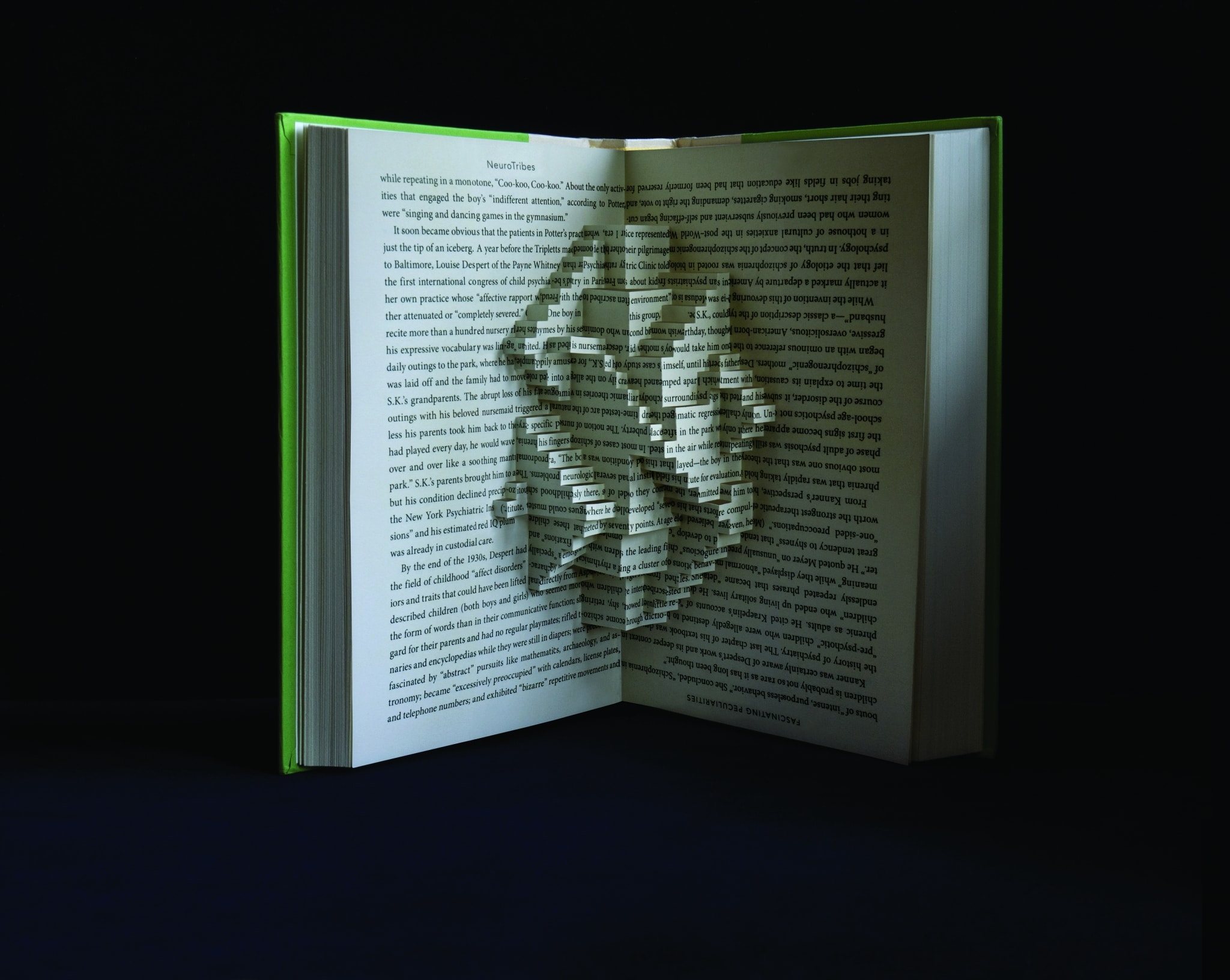