Religious Transhumanism? And it is

USA Transhumanism? And it is.

Religious transhumanism? How about Unitarian Universalism (UU)? Might these two be compatible? convivial? convergent? Yes, indeed, if you’re James “J” Hughes. USA transhumanism is a shoe that fits.

Religious Transhumanism and Its Critics

With enthusiasm we have greeted the March 18, 2022 publication of Religious Transhumanism and Its Critics. It’s published by Roman and Littlefield/Lexington. It’s edited by Arvin Gouw, Brian Patrick Green, and Ted Peters. We’ve been paving the road for this discussion for six years now. Finally, we can take this topic for a drive.

here in this Patheos series on public theology, we are constructing a scientifically informed vision of humanity’s future in light of God’s eschatological promises for ultimate transformation and renewal. In H+ 1, we asked whether AI could provide a shortcut to virtue or holiness? In H+ 2, we parsed the transhuman, the posthuman, and the truly human. In H+ 3, we distinguished Radical Life Extension, Cybernetic Immortality, and Resurrection of the Body. We asked Micah Redding about Evangelical Transhumanism in H+ 4 and Lincoln Cannon about Mormon Transhumanism in H+ 5. Then, in H+ 6, we asked Hava Tirosh-Samuelson to critique H+ from a Jewish perspective. And, in H+ 7 Michael LaTorra introduced us to Buddhist Transhumanism. Now, we turn to UU Transhumanism. James Hughes will light our path. 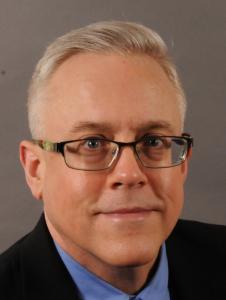 James “J.” Hughes Ph.D. is a bioethicist and sociologist who serves as the Associate Provost for the University of Massachusetts Boston (UMB), and as Senior Research Fellow at UMB’s Center for Applied Ethics. He holds a doctorate in Sociology from the University of Chicago where he taught bioethics at the MacLean Center for Clinical Medical Ethics. Since then Dr. Hughes has taught health policy, bioethics, medical sociology and research methods at Northwestern University, the University of Connecticut, and Trinity College. Dr. Hughes is the author of Citizen Cyborg: Why Democratic Societies Must Respond to the Redesigned Human of the Future (2004) and is co-editor of Surviving the Machine Age: Intelligent Technology and the Transformation of Human Work (2017). In 2005 Dr. Hughes co-founded the Institute for Ethics and Emerging Technologies (IEET) with Oxford philosopher Nick Bostrom, and since then has served as its Executive Director. Dr. Hughes serves as Associate Editor of the Journal of Ethics and Emerging Technologies, and as co-founder of the Journal of Posthuman Studies. Dr. Hughes speaks on medical ethics, health care policy and future studies worldwide.

JJH. Both traditions–Unitarian Universalism and Transhumanism–are shaped by Enlightenment rationalism and empiricism. So, both reject efforts to root transcendence in faith, dogma, ritual or church authority. But the UUs believe that individuals can find transcendence by engaging with the wisdom traditions of the world in an open-minded way, in a community that encourages spiritual individualism. Not all UUs are in fact “spiritual.” But, those who are tending towards naturalistic mysticism based on the “interdependent web of all existence of which we are a part.”

Only a minority of transhumanists are self-consciously “spiritual.” But, the forms of transcendent experience many are drawn to draw on scientific wonder, like quantum mechanics and astrophysics, and eschatological expectations about our evolution into posthumanity. Transhumanists see emerging technologies as the path to transcendence – wisdom and eternal life – and science and reason as the path of wisdom. UUs see wisdom traditions as the path to transcendence, once they have been distilled and alchemically transformed by Enlightenment reason, but with no role for technology. So the UUs are more compatible with transhumanism than most religious traditions, but they are still quite different. Hence, the prospect of UU transhumanism.

PT. Both techno-skepticism and techno-utopianism are rife. Are you a utopian for theological reasons?

JJH. Not exactly. I see utopian aspirations as intrinsic to being human. As soon as our ancestors were capable of it, they started imagining how nice it would be if there was less violence, hunger and disease. They imagined people and supernatural beings with powers beyond the human. And they told stories about how people in the past, or future, or after death would have immortal bodies free of pain and toil. One of those stories is the Buddhist one that I gravitated to. The Buddhist story is about a man who looked at his own life and mind of him, and discovered the secrets of existence, true happiness and maybe superpowers, all without the assistance of gods. Then he built a community, the Sangha, that was the “wheel of righteousness” intended to influence lay society and governments to end poverty and violence. That story also has an eschatological component, the story of the coming Buddha, that is all about the utopian civilization we will build as a prelude to the next Buddha. Those kinds of stories fuel and shape our utopian imaginations, even Buddhist transhumanism. 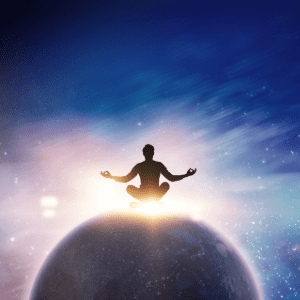 The UU story is more complicated. This is because it is basically the story of the liberal wing of the European Enlightenment. In the Enlightenment and UU story, we can all find our own version of the ideal life. Here, utopia is the achievement of a liberal world, with different cultures and beliefs, all accepting reason, dialogue and the democratic process. That is a better utopian vision than the more monolithic utopias that came before or after.

In both the Buddhist and UU social gospel there is a connection between individual spirituality and a better society. For the Buddhists there is a synergy between our personal efforts to let go of greed, hatred and ignorance, and a righteous society. In UU utopianism our personal efforts to overcome prejudice and listen to others help build, and is supported by, a “world community with peace, liberty, and justice for all.” I have found both kinds of utopianism inspirational, just as I find both Buddhist transhumanism and UU transhumanism.

But our theological and utopian imaginations can also lead us astray. And, this is a big problem in the technology debates. Some are drawn to apocalyptic narratives, and some to utopian ones, and I think both sides could use more introspection about the cultural or psychological forces that pushed them there.

PT. What is your message to bioconservatives who would oppose UU transhumanism? 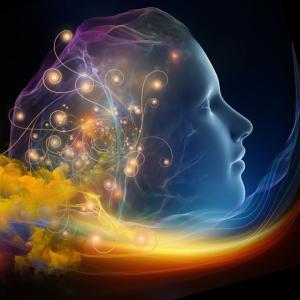 But there are deeper roots to bioconservatism that are beyond argument. Bioconservatives tend to believe in some kind of natural law. So, they reject change that threatens “the ways things should be.” An example that is common today is the horror of transgender and non-binary people, who are kind of transhumanist shock troops. Bioconservatives have a reified idea about what humans are and should be. They feel threatened by the idea of ​​the kind of radical change transhumanists greet with glee.

Instead of arguing about this, I usually try the Socratic approach. When did we become human? What are the core elements of your idea of ​​the human? Just getting some of those deep assumptions on the table tends to be more productive than arguing about human enhancement. I also assure bioconservatives that I as a UU transhumanist am just as concerned about the safety of technologies, the prospect of corporate or governmental authoritarianism, and the importance of using technologies to make society more equal. Most bioconservatives are not opposed to individuals choosing safe medical therapies. And, in the end, that is what a lot of enhancement involves.

JJH. As I write, bombs are falling on Ukraine. Authoritarians are in power around the world. Reason is under attack on multiple fronts. And, the world is much darker than I ever imagined it would be in 2022. Promote critical reason and a liberal future!

PT. Like siblings born to Enlightenment parents, both Unitarian Universalism and transhumanism inherited a reliance on science, reason, and liberal values. Both are naturalistic. Both pursue transcendence through technological transformation. That these two would give birth to UU transhumanism should come as no surprise. 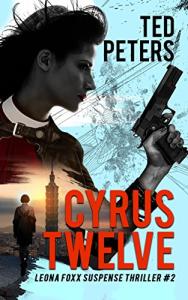 Ted Peters directs traffic at the intersection of science, religion, and ethics. Peters is an emeritus professor at the Graduate Theological Union, where he co-edits the journal, Theology and Science, on behalf of the Center for Theology and the Natural Sciences, in Berkeley, California, USA. I have authored Playing God? Genetic Determinism and Human Freedom? (Routledge, 2na ed., 2002) as well as Science, Theology, and Ethics (Ashgate 2003). He is editor of AI and AI: Utopia or Extinction? (ATF 2019). Along with Arvin Gouw and Brian Patrick Green, I have co-edited the new book, Religious Transhumanism and Its Critics hot off the press (Roman and Littlefield/Lexington, 2022). Soon he will publish The Voice of Christian Public Theology (ATF 2022). See his website for him: TedsTimelyTake.com.

This Fictional Spy Thriller, Cyrus Twelve, follows the twists and turns of a transhumanist plot.