Players are called to become the Warrior of Light and fight to deliver the realm from certain destruction. Choose the job that suits your style, and team up with friends to overcome challenges destined for heroes.

Jump into the free trial, where you can play through the first expansion, Heavensward, up to level 60!

Like with any MMO, Final Fantasy XIV can feel like it has its own language when it comes to dealing with everything the game has to offer. Here is a list of common terms and abbreviations that you will come across while in Eorzea and what they mean so you won’t feel like you’re diving into the deep end when interacting with other players, or reading the spell text.

This is Lilthica, a 3 in One assault character… Just need to try healer

Tips and tricks to help with leveling

When starting out, keep in mind these helpful tips to ensure you enjoy your time in Eorzea, and you’re able to get the most out of FFXIV.

To get used to your role, complete the Hall of the Novice training and some early Guildhests to get used to the basics of your role. Guildhests are small instances that give decent experience points at low levels, in particular for your first completion.

Guildleves or Levequests are repeatable quests players can perform to earn experience, Gil, and items. Unlike regular quests which can only be completed once per character, Guildleves can be performed again and again to claim the rewards.

Other ways include Dungeons and Fates where additional items may also be unlocked.

While this extra content can bolster your leveling, the Main Story Questline (MSQ) is the best way for you to level and progress through Final Fantasy XIV. These quests are marked specifically with MSQ icons, meaning you’ll always know which quests will progress you through the story.

Grinding mobs or monsters in the wild are the least effective way to level your character. That’s just not how FFXIV works! With a strong focus on the storyline, completing quests offers a better return. 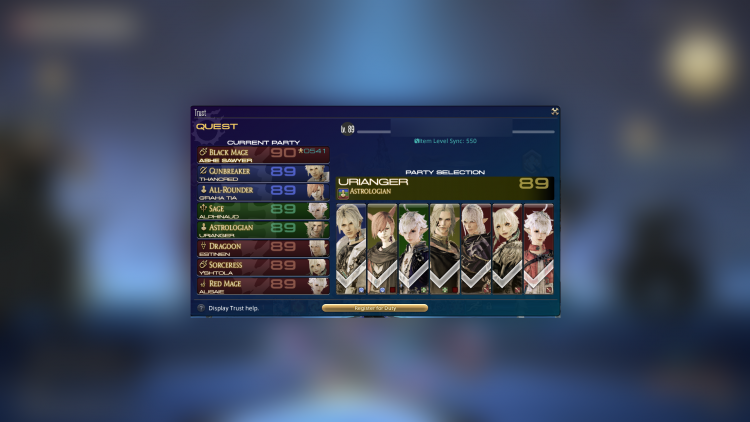 Eventually, you’ll be able to run every dungeon as any class thanks to the Trust System

So you’re playing a healer

While healers primarily ensure that their party is healthy and happy in fights, their arsenal of damaging abilities means that they can make a difference in combat as well. While you’re not healing, make sure to cast damaging spells to help with party DPS and remember to keep your DoT active. Overall, make sure you’re always casting unless you’re out of MP.

As a healer, your priority is the tank. Keep yourself and the tank alive, before focusing on other party members.

Getting new healing skills doesn’t automatically make your old ones obsolete. Make sure to read new skills’ tooltips and MP costs carefully to determine whether upgrading is the best choice for you.

You can even assist allies with more than just healing. Rescue allows you to pull allies to your side. This can help them avoid enemy attacks, AoE damage, or if they’re just going the wrong way.

When you’ve mastered the basics of playing a healer, start to think about maximizing your spells and abilities with Slide Casting. Casting allows you to move while finishing a spell without it being interrupted. Use this to stay agile, and reposition when necessary. Put this into effect and try to keep all your party members within range of your AoE spells. 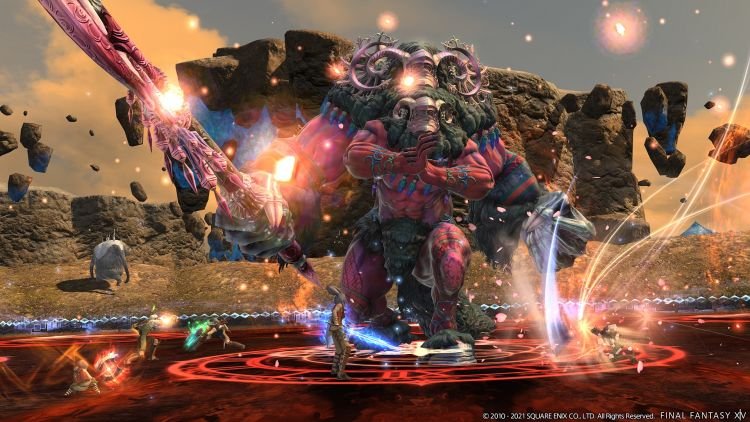 So you’re playing a Tank

A tank’s most important attribute is its tank stance; make sure it’s always toggled on when you’re the main tank. Keep in mind, it gets toggled off automatically when you’re being level synced.

In addition to absorbing damage, a tank’s role includes pulling mobs – making sure you engage monsters so that they target you before they have the chance to target anyone else.

Use Sprint before you start pulling. Using it outside of combat will double the duration from 10 seconds to 20 seconds. Stack up mobs as close together as possible so AoE skills can hit all of them. This goes for both damaging AoEs that will affect enemies and friendly AoEs that will benefit yourself and melee allies. Once engaged with enemies, try to move mobs as little as possible.

Remember to turn mobs away from the group, so your party members aren’t damaged by cleaves or directional AoE. You can break line of sight to get ranged mobs to come closer to you.

Pulling Wall to Wall means gathering all mobs until you hit a wall in the dungeon. This is how high-level dungeons are usually played. Check with your party at the start of an instance to see how they’d like the dungeon played.

When engaging enemies, including bosses, remember that many low-level bosses can be stunned; use this to your advantage and interrupt mechanics. Enemy casts that can be interrupted using interject will flash red. 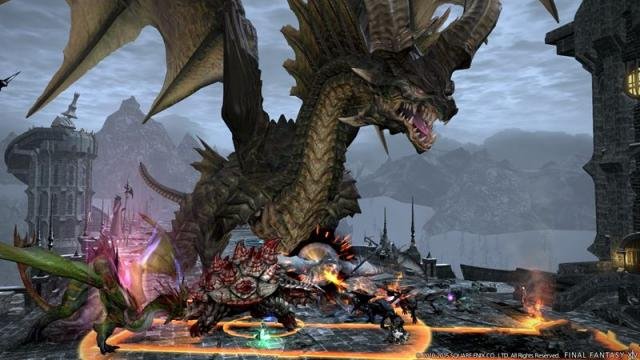 DPS will run around in a mad panic to keep their numbers up, but don’t worry about them

Melee DPS is often affected by positional. Positions are damage bonuses when used in a certain position in relation to your foe, for Melee it’s usually flank, being the sides of the target, or rear being the back.

In dungeons or raids, when allied tanks pull enemies, they’re able to assign numbers in sequential order to the enemies. This is an indication of which enemies to focus on. Similarly, symbols including an X, indicate an enemy should not be attacked. Generally, you can always attack the same target as the tank is attacking.

Be aware of your surroundings when in dungeons and raids. Moving around, or wandering through the raid could potentially pull or chain pulls patrolling mobs. It could be considered good advice to stand next to the healer if you’re ranged.

Enmity determines which target an NPC should be actively attacking, which is generally the target with the highest enmity. This is shown in your Enmity counter.

Pay attention to the enemy counters on the party sidebar. Tanks should have the highest enmity from enemies, if your bar is filling up shift, temporarily your focus to another target that has lower enmity toward you.

If you start getting attacked, keep calm and stay close to the tank. Rather than running away, trying to avoid the enemy, allow the tank to pick up enmity on the enemy, shifting its focus off of you.

At a certain level, all DPS jobs will get skills that do AoE damage to multiple enemies. If you find yourself facing a large group of enemies (usually 3 or 4+), it is normally a damage increase to use these AOE skills instead of your single target attacks.