When you buy through our links, Insiders may earn an affiliate commission. Learnmore.

In the weeks since Russia invaded Ukraine, I’ve been in contact with my immediate family a lot more often. Beyond exchanging updates on our family members scattered throughout the country, I’ve also listened to more stories about their former life in Ukraine during the Soviet Union.

While I’ve heard about my parents’ and grandparents’ lives in the USSR before — incomprehensible tales of censorship and corruption — it’s become more important than ever for me to really know my family history, especially in the context of understanding the brutality that Ukraine is facing from Russia right now.

It’s why I finally decided to pick up a book I’ve always had on my reading list: “The Gulag Archipelago.”

Written by Nobel Prize-winning Russian writer Aleksandr Solzhenitsyn, “The Gulag Archipelago” is a nonfiction account of his experience being imprisoned within the Soviet prison camp system, weaving in stories of other prisoners and Russian political history starting from the Bolshevik revolution in 1917.

Originally a three-book series (I read the abridged version), “The Gulag Archipelago” was considered groundbreaking when it was first published in France in 1973, shedding light on a host of atrocities that thrived in secrecy and darkness. According to “The New Yorker” journalist David Remnick, “it is impossible to name a book that had a greater effect on the political and moral consciousness of the late 20th century” and it was named the best nonfiction book of the 20th century by TIME magazine in 1999.

With Soviet history referenced so often in the news right now, reading this book has given me a greater context for understanding the Russian invasion of Ukraine, as well as my family’s past.

“The Gulag Archipelago” is a first-person account of human rights abuses that were designed to be hidden.

In “The Gulag Archipelago,” Aleksandr Solzhenitsyn, who was arrested in 1945 for criticizing Stalin in private letters to a friend, describes his 8-year sentence in various Gulag work camps. He also shares countless anecdotes of other prisoners, the technical ways the Gulag system worked, and the Stalin-era show trials. While this wasn’t the only written account of Gulag life, it was the first to go into this level of detail.

As you’ll quickly learn from reading this book, Soviet labor camps were meant to be secretive. Many arrests happened in the middle of the night to avoid witnesses or protests, popular forms of torture left no physical marks, and prisoners were threatened into pretending they were well-fed and taken care of in the presence of Western journalists.

As a result, it’s hard to know the full scope of these crimes — to this day, historians can’t confirm how many millions were killed in the Gulag alone. While I wouldn’t put this in the same category as a traditional history book (some figures are disputed), it feels like a multi-dimensional account of how these oppressive tactics worked, whether people were dragged to prison camps — or terrified they’ d be next.

The writing is visceral and passionate, with many of the quotes still resonating today.

Beyond how thorough Solzhenitsyn is in describing Gulag life and broader Soviet society, he’s also just a phenomenal writer — along with “The Gulag Archipelago,” his experiences inspired several works of fiction as well, including “In the First Circle” and “One Day in the Life of Ivan Denisovich.”

Aside from including many shocking anecdotes, Solzhenitsyn is also sarcastic and acerbic throughout, highlighting the endless irony of a government claiming to liberate people by jailing and murdering millions instead. (A concept that’s not entirely unfamiliar in today’s landscape.)

What I find most powerful is how Solzhenitsyn’s writing style directly rebels against the oppressive society it was born in: As people were killed en masse and made to disappear, he mentions specific names, quotes, and stories. In describing a system that was calculating and mercilessly indifferent, he is impassioned from beginning to end.

The broader lessons don’t just apply to Ukraine and Russia, but many forms of oppression.

Throughout the book, I saw disturbing parallels to what is happening today, from how political prisoners are treated in Russia to the ruthlessness of Russia’s attacks on Ukraine. It adds another layer to the anguish Ukrainians and vocally anti-war Russians are feeling right now — that this is essentially repeated history.

Solzhenitsyn also criticizes complacency in both Russia and the West, arguing that “we didn’t love freedom enough” to have let the Gulag system exist. He laments that those responsible for the executions and imprisonments of millions of people never faced any consequences and continued to live freely in Russia, and he also criticizes the West for not doing more to help — according to him, people living under the USSR during WWII hoped they would be saved from Soviet labor camps the same way civilians were liberated from the Nazis.

On a macro scale, many of the points Solzhenitsyn makes can apply to oppression and totalitarianism in general. One such universally applicable quote, “Unlimited power in the hands of limited people always leads to cruelty,” was made in reference to Gulag guards being wholly disinterested in any kind of personal growth.

The most prominent theme of the book, though, is how anyone can be brainwashed into committing unforgivable crimes if they unquestioningly follow an ideology — that “The line dividing good and evil cuts through the heart of every human being.”

Particularly in today’s context, his words hold a sense of urgency.

Aleksandr Solzhenitsyn’s “The Gulag Archipelago” not only provides a crucial first-person perspective but also important takeaways for future generations to learn from.

Like many political figures, Solzhenitsyn held some controversial views, especially pertaining to Ukraine’s sovereignty, before his death in 2008. I vehemently disagree with him on this, but if there’s one concept this book instilled in me, it’s the importance of seeing people as people and not walking collections of perfectly aligned or immutable views.

Beyond that, Solzhenitsyn’s words have given me a place for my anger to rest. As a Ukrainian-American, I was drawn to this book right now precisely because it isn’t diplomatic or polite — it’s a sharp rebuke of inaction, of continuing to prioritize comfort over justice.

To me, the most chilling part of “The Gulag Archipelago” isn’t the laundry list of tortures inflicted by the Russian government or the unimaginable volume of casualties it produced: It’s that it’s happening again.

Do we love freedom enough to do more this time? 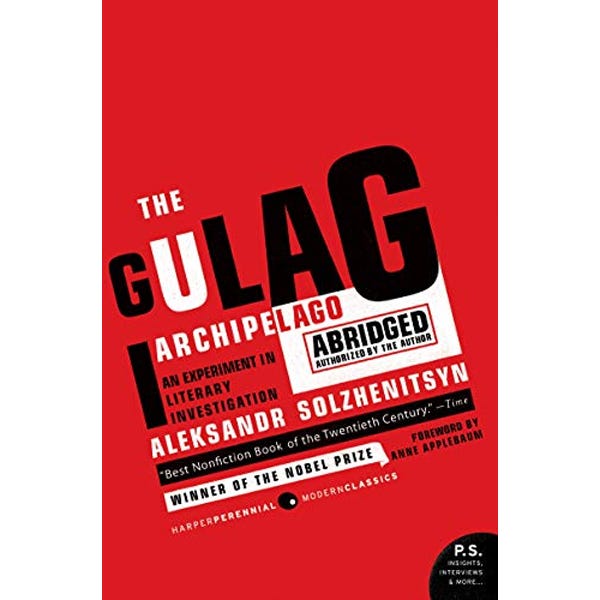 Other books to learn more about Ukraine and Russia: 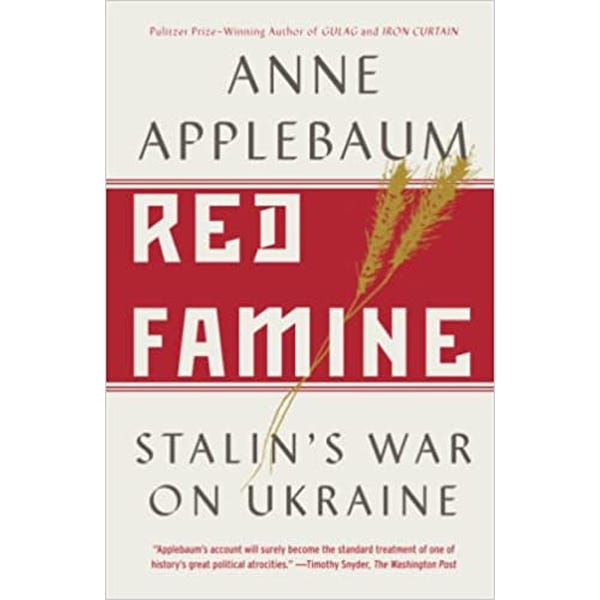 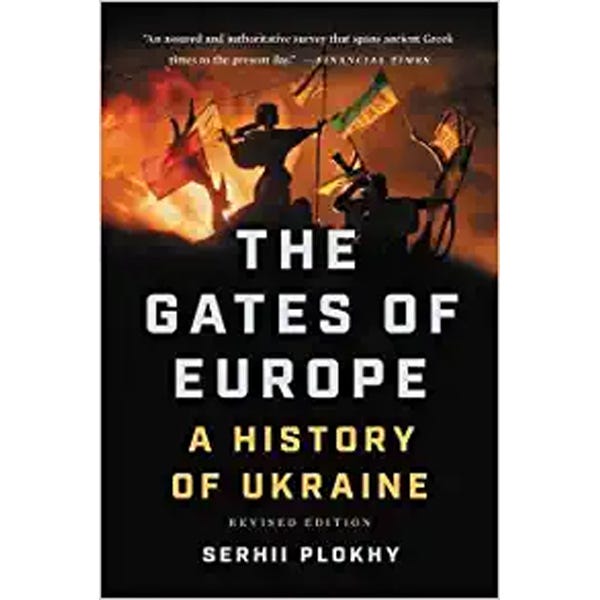 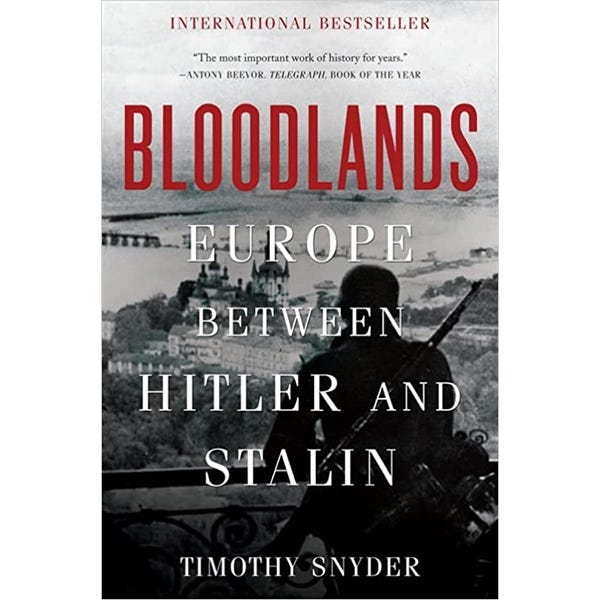