GREAT BARRINGTON — The Theater Program at Bard College at Simon’s Rock will premiere four one-act, student-written musicals, from April 7–9, in the McConnell Theater at the Daniel Arts Center. Simon’s Rock students have had the privilege of working with Pulitzer Prize and Tony Award-winning playwright and screenwriter Marsha Norman over the past eight months in the development process of their musicals.

Marsha Norman, who now resides in the Berkshires after retiring from her position as co-chair of Juilliard’s Lila Acheson Wallace American Playwrights Program, won a Pulitzer Prize for Drama for her play “night, Mother,” a Tony Award for the Broadway musical book and lyrics for “The Secret Garden,” and a Drama Desk Award for Outstanding Book of a Musical for the libretto of “The Color Purple.” After connecting with theater professor Aimée K. Michel at Simon’s Rock, they discussed possibilities for designing a musical theater workshop while also navigating COVID protocols and challenges.

Michel and Norman began a writer’s group with eight Simon’s Rock students in the fall of 2021, where they spent the semester brainstorming, writing, and developing musicals. The two guided students through playwriting exercises and idea generation. Michel explained that they had “started thinking that students would write and work on the same musical, and then different students started coming in with singular ideas that were so interesting that Marsha and I decided everyone [should] do their own.” During this developmental stage, Norman was key in leading the students in refining their character development and storylines, and deciding when to sing or not to sing. Along with Norman, Applied Music Program Faculty in Voice Gigi Teeley worked with students to write and develop the lyrics and music for their plays, composing much of it herself based on ideas for melodies from the playwrights.

Student playwright Ashlyn Bagocious, a junior at Simon’s Rock whose musical “Seller’s Market” premieres April 7 and 8, shared that Norman discussed key elements in how to write a musical, particularly the hero’s journey. “We looked at the hero’s journey, the arc the main character takes throughout a story, and the different points they hit in this traditional formula. We had a lot of discussions about the hero’s journey being potentially outdated. Who says we have to write in this mould? Marsha showed us the way it has been done, but she also let us feel like we weren’t trapped within this mold, ”said Bagocious.

During the fall semester, students presented the new works as readings, with student actors reading the scripts and singing the songs in the school’s Liebowitz Studio Theater. Student playwrights had the opportunity to watch their own musicals and witness audience reactions — when the audience laughed, when they cried — which provided them with critical feedback for editing their plays, said Michel.

After the showing, students cast their plays and four musicals moved forward into the workshop stage. According to Michel, the Simon’s Rock workshop is structured very similarly to that of a Broadway musical workshop, where the performance would take place in a studio theater or rehearsal room with simple music (a pianist), minimal costuming, and limited props and set pieces. . However, since the Simon’s Rock workshop is taking place on a proscenium stage in a full theater, with an audience of the campus community and the public, it constitutes a little more than what a Broadway musical workshop would. 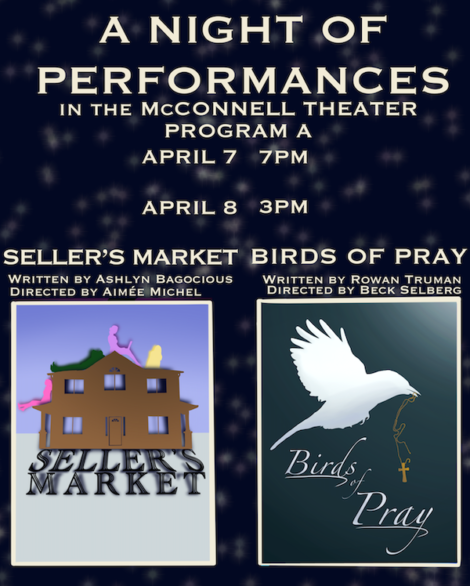 During the winter break, the student playwrights had cut their plays to whittle them down to 40-45 minutes in length. Upon their return, the group conducted a Zoom reading of their edited plays. “Marsha and I were so impressed with their cuts. They were very surgical and quite good edits,” Michel said.

The company of 14 actors has rehearsed three times a week for the entire semester leading up to the performances. “It’s amazing how dedicated everyone has been,” said Bagocious. “Everyone has limited time and there’s such a small number of us. We’re all trying to keep all four shows straight in our heads and we’re all wearing so many different hats. It’s phenomenal.”

“They’re singing and creating these roles for the first time,” explained Michel. “There’s nothing to go on. They can’t look at someone else’s performance and say, ‘Let me do it that way.’ They’re really pulling it from themselves.” 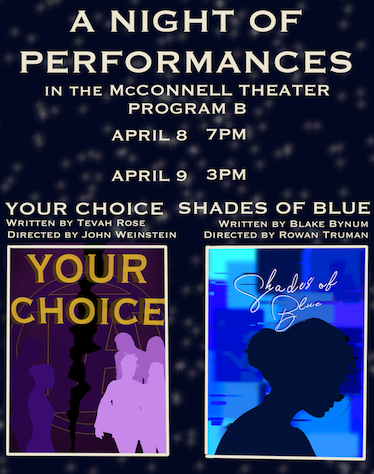 Following the performances, students will do a post-show reflection with Norman. They will finish the semester by going back to the writing room with the questions: “What did you learn from watching a workshop with an audience? What did you learn from the process? How would you develop this into a full-length musical? “The idea is that students will go back into the writing room, because this isn’t the final stage of these musicals,” said Michel. “But what would be? Whether they never touch them again or whether they keep them in their back pocket, or are writing something for Broadway or television, what did they learn from watching with an audience?”

When reflecting on the process leading up to opening night, student playwright Bagocious shared that, “as a writer, to have a document on my laptop, hear a song, then see it onstage with lighting and costuming, seeing that process through … it almost feels like I don’t own it anymore. I wrote it, but it belongs to the group and it can only exist in this place with these people. The script can go on, but this group and community is a once-in-a-lifetime experience. That’s what has made this process so special, working with your peers.”

“Marsha has been a huge gift, with the weight and depth of her experience,” said Michel. “Ella She has been cheering them on and encouraging them to hold fast to their visions.” With live performances, “every single night is a different show. The audience is what makes it different. It’s the one thing you can’t control — the energy and cycle of how the audience reacts.”