Mister Coffey: placed in all four starts over fences this season

Front-runners have tended not to come back to the field in the Topham Handicap Chase in recent years and early advantages can be gained by being ridden forward in a contest in which the fences arrive thick and fast.

The last three winners have made virtually all the running and Willie Mullins has been responsible for two of those. Ireland’s champion trainer relies on Annamix and Royal Rendezvous in his bid for a Topham hat-trick.

Both have led in the past, although it is Royal Rendezvous’s style of racing which bears more similarities to recent scorers Livelovelaugh and Cadmium.

Paul Townend will know the requirement to press on and Royal Rendezvous thrived under such tactics when landing a touch for connections in the Galway Plate on his last start in a handicap.

Fakir D’Oudairies is the only horse to have defeated the progressive, low-mileage ten-year-old on his last four outings, but that was on soft ground and his profile suggests he is better on going with good in the description.

With an official rating of 161, a mark the British handicapper perhaps surprisingly left unaltered, Royal Rendezvous wouldn’t look out of place in the Grade 1 Marsh Chase earlier on the card.

The only worry is he lacks experience over the National fences. Four of the first five homes in the 2021 running had that, with three of those running in the previous Grand Sefton in December.

The Grand Sefton has proven one of the key Topham trials and Mac Tottie is out for a rare course-and-distance double in the same season.

Out of sorts in four runs since, Mac Tottie returns to the scene of that success off the same mark and will encounter similar conditions. This race is tougher, but his subsequent defeats have come over much further and he is better suited to intermediate trips.

Janika also has experience of these unique fences and is one of the best-handicapped horses in the race. He ran a screamer in the Topham in 2019 off top weight and a mark of 162, but he hasn’t been the same horse since a gut-busting second in the four-runner 2020 Ascot Chase.

If the return to this style of racing sparks a revival, and his jumping will need to improve significantly from Doncaster last time, he would have a squeak.

Tamaroc Du Mathan enjoyed a productive novice season last term until things went wrong in the Future Champions Novices’ Chase at Ayr where he was beaten a long way out.

Pulled up and a remote fifth at Sandown subsequently, Tamaroc Du Mathan bounced back to form in a competitive Greatwood Gold Cup behind runaway winner Paint The Dream last time.

That run proved this Grade 2 winner retains his smart novice ability and off an unchanged mark of 142 there are enough positives to make him worth an each-way interest.
Race analysis by Robbie Wilders

Henderson hoping change of plan pays off for Coffey

Had it not been for a change of heart in the days after the Cheltenham Festival, trainer Nicky Henderson would not be saddling one of the market leaders for this contest.

Mister Coffey chased home Chambard in the Fulke Walwyn Kim Muir Chase at Cheltenham to be placed for the fourth time in as many starts over fences – a scenario that initially led his trainer to think that it would be that for the season so the horse’s novice status was preserved.

However, having had an inkling to try the seven-year-old over Aintree-style spruce fences before making that final decision, Henderson opted to indulge his “mad idea” and see if Mister Coffey could break his duck over fences before the season is over. 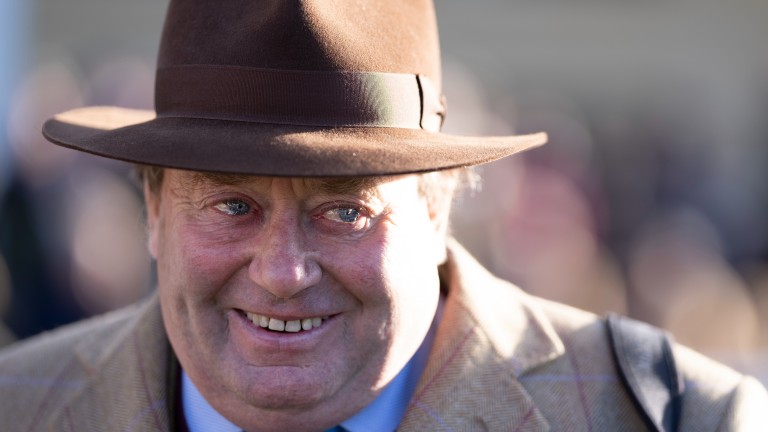 Nicky Henderson: saddles a strong team in this year’s Topham

“He’s a novice and we hadn’t thought about Aintree, but I had a mad idea about putting him in the race and he enjoyed the fences, so we’ll give it a go,” Henderson said.

While Mister Coffey leads the challenge, Henderson is strongly represented in the contest with Fantastic Lady, Morning Vicar and Janika all set to line up in a race the trainer has captured on five occasions, including three years in a row between 2013-15.

“All of them are in good shape and they have schooled nicely over the Grand National fences, which is encouraging,” he added. “I’ve kept Morning Vicar for the race all season and I think he’ll really enjoy the test. Fantastic Lady has done nothing wrong and is still a novice, so it might be a year early for her. Janika has run well in the race before.”

Henry of Bromhead, Trainer of Notebook
He’s a great jumper and hopefully he lives up to what we hope he can do. It’s a big step up in trip but, if he’s enjoying himself, he’s got the class.

Jessica Harrington, trainer of Sizing Pottsie & Discordantly
Discordantly is jumping well and this trip is probably his ideal distance — he won over it in Leopardstown. As long as it’s not heavy ground, he doesn’t mind it. Sizing Pottsie is in great order — he won well last time. He’ll stay well and jumps well. It doesn’t matter if it gets soft for him at all.

Brian Ellison, Trainer of Windsor Avenue
I think he’s best when he’s fresh so whether we ran him back too quickly at Kelso, or whether it was the soft ground there, I’m not too sure. He’s schooled well over the Aintree fences at home and his form of it this season has been good. I’d like to think he’s got a reasonable chance in this.

Emma Lavelle, trainer of Killer Clown
He was so good winning at Kempton and I think flat tracks probably suit him well. He’s come out of that race well and he’s enjoyed jumping the National-style fences that we’ve got at home. He goes there in good order so we’ll see, they always go a good gallop in the Topham and that helped when he won at Kempton. It’ll be an interesting one.

Mouse Morris, trainer of Foxy Jacks
He’ll either take to these fences or he won’t. He’s schooling well over them and I reckon he’ll be a good ride around there. If he makes a mistake, I hope he does it early, and he can learn from it. Off that weight, he has a nice each-way squeak.

Alan King, Trainer of Senior Citizen
This has been his target for a long time as he seems to love the National course and has run really well in all three tries on it. As he did last year, he ran an encouraging prep race at Newbury and he’s in really good shape. I just hope the ground is not slower than soft.

Paul Nicholls, trainer of Tamaroc Du Mathan
He ran well last time and he jumps nicely. It’s very competitive but we think he’ll like the race and the ground so he has a small chance.

Dan Skelton, trainer of Spiritofthegames
He’s got to be running in all these valuable handicaps as he picks up good money without winning most of the time. It was another good run by him at Cheltenham last time. He should take to the fences and has loads of experience. He’s good at the trip, the track shouldn’t be an issue and neither is the time of year, but it’s been a long time since he won.

Christian Williams, trainer of Five Star Getaway
We’re looking forward to running him over the fences as I think they will suit him and so will the track. He’s a good traveler and a good jumper, which is what you need for this race.

2.20 Aintree: Jonbon ‘the one to beat’ as Nicky Henderson bids for record sixth Top Novices’

2.55 Aintree: It’s a clash we’ve been waiting on for ages’ – get ready for novice thriller 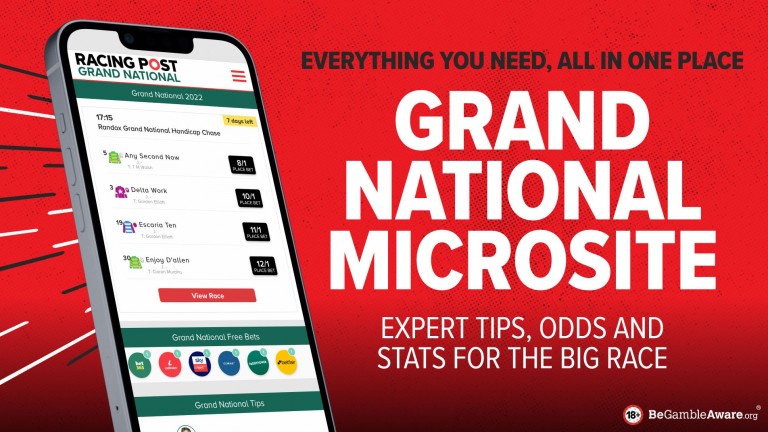