E3 2021 showed us Stranger of Paradise: Final Fantasy Origin for the first time during the Square Enix showcase. Honestly, my first thought of this game was that it was made as a joke of a game. The dialogue and outfit design were so not like a typical Final Fantasy game. Heck, after we got the second trailer, I thought it was just an average dude Isekai’d into the Final Fantasy 1 world. Unfortunately, that is not the case. However, I considered this game to be a big meme before it came out, especially when some of the cutscenes of the demo came out.

After being skeptical of this game for quite some time, I played it. My verdict is that the game is extremely fun! Please don’t take this game too seriously as it doesn’t take itself seriously, but it doesn’t need to be. It has its own charm. Jack is a monster of a character who doesn’t give a crap what anyone thinks. Pretty much any boss monster who tries to give a monologue is instantly stopped in their tracks as Jack will punch them in the face. He is all about action and getting things done. Overall most of the other characters gather together and get inspired by Jack. This, unfortunately makes it so that the characters themselves don’t get a lot of development outside of their connection to Jack.

Stranger of Paradise: Final Fantasy Origin has a very simple gameplay loop. You are given a task, you go to the overworld map, select your mission and complete the level. Eventually, you see a cinematic and then off to the next mission. Let’s talk about the actually interesting things in the loop. The fight. You have a few classes to start out with that allow you to use a limited arsenal of weaponry. The more you kill creatures with that class the more experience you gain in that specific class. Once you max out a class you can unlock a new class or part of a new class. You might need more classes maxed out in order to unlock more other job classes.

You are given two main attack buttons, light attack, and skill attacks. You do a variety of light attacks to build up your MP gauge and use your MP to do the skill attacks, which vary by class and weapon. You can also parry, guard, roll, and use soul shield. If you use soul shield on enemy attacks, you can actually use them against the enemies. There is a huge variety of ways to play this game and it is extremely fun to find a class you enjoy and use it as much as you can. I really loved playing as a dragoon and being able to jump all around the battlefield on enemies from above. I also liked using the knight on harder bosses since you can regenerate HP with every successful parry you pull off. It was a lifesaver on bosses when I had no potions left in my inventory. You can only hold nine potions on your character at any given time.

There are a variety of game modes you can choose from to start the game right out of the gate. Story mode has enemies and bosses that do significantly less damage to you and gives you a lot more potions for each enemy drop. Action mode is more the intended difficulty that will require some skill in order to beat bosses. I did most of the game on this difficulty since I wanted to experience it that way. Then there is a hard mode. Hard mode is where you have to basically be smart about everything you do since it gets super easy to die. When you beat the main story, you get access to an even tougher difficulty mode, Chaos.

Chaos mode is basically making sure you don’t get hit ever and have to focus on fighting very cautiously. I would recommend a tankier build for Jack and focusing on letting your allies be on the front lines on the battlefield. Your allies are very passive fighters unless you press the directional buttons that signify them. Then they will become aggressive for a period of time just doing a bunch of damage. You can cheese the bosses that have a limited range like this but it doesn’t work for long.

There is also online co-op. Certain missions can be done online with having friends or randoms joining in. They will take the place of whoever you have as your second or third party members, and their gear will take on the gear your ally has on their account. It is extremely helpful to have allies who know what they are doing, and it will then make you get phoenix downs. You will have three phoenix downs to revive each other spread out from all of your allies in the online co-op. I loved being able to play online and seeing one of my allies take the spot of Neon and have this short little girl wield a giant sword or battle-axe killing demons. 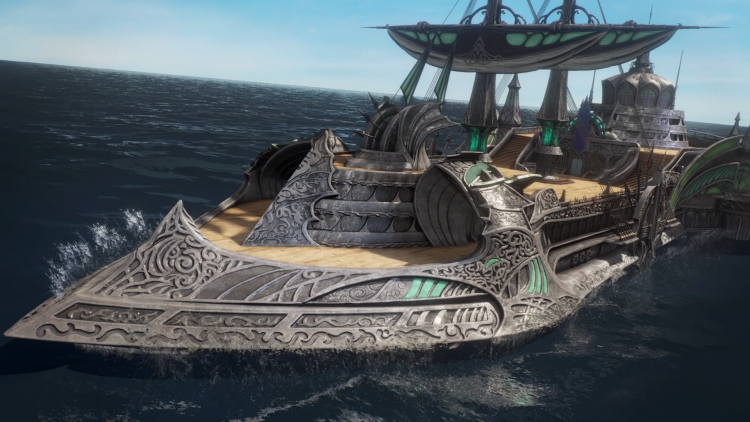 The weakest part of this game was the visuals. At the same time, certain things, like character models, clothing, armor, and pillars, are so heavily detailed. I loved seeing each dungeon’s intricate details, and the castles were amazing. Though the texture effects, lighting, and even most of the enemy designs were so basic and felt outdated in comparison to everything else this game had to offer. I didn’t really notice all that much except during cutscenes or the slower moments when I had to figure out where I had to go. There is no map to these dungeons so you have to basically figure out where to go based on where you have been and what other places are accessible to you. Odds are if there are enemies, you are going the right way… unless you recently saved, since using the save spots on the map will respawn all the enemies back to the map.

Another odd issue in this game is the optimization. I personally played this game on an Xbox Series X and you see a lot of weird frame dips and frame stutters during combat. The game runs at an okay 60 fps on performance mode and a solid 30 fps on resolution mode, but you can actually see the dips and stutters in the game as you are going around and fighting groups of enemies. It’s sad to see a game that overall isn’t a graphical masterpiece run so funky on new hardware. That didn’t detract from the experience too much to be fair with the great use of VRR, but it is still weird to see.

The music in Stranger of Paradise: Final Fantasy Origin is fantastic. The levels and the background music feel very much like a “Best of Final Fantasy” rendition of songs. They have a variety of music from Final Fantasy I to Final Fantasy XV. I got nostalgia vibes from hearing all these lovely songs. I wasn’t able to pinpoint each and everyone, but I could usually guess which game the music came from. I highly recommend listening to the songs in dungeons while you are running. Don’t pull a Jack and only care about Chaos. Let yourself enjoy some of these moments! 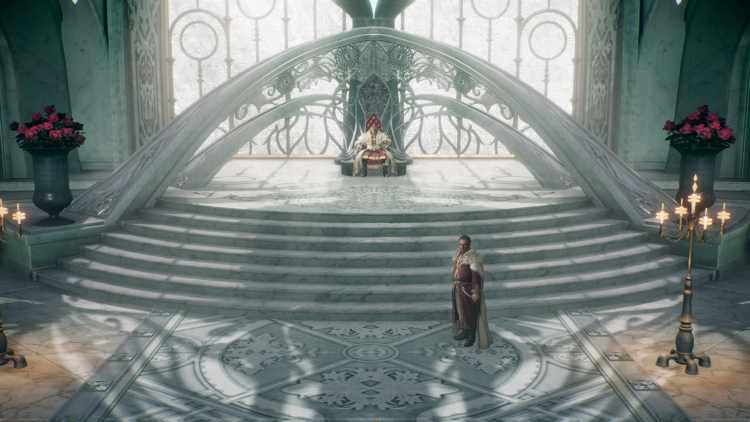 Overall this game is weird. The models and architecture have some great and loving care put into them while the textures, light effects, and even facial animations are outdated. The dungeon design is pretty awesome and reminiscent of the dungeons from the original Final Fantasy. Not having a map or indicators of where you need to go can get you lost in areas with multiple routes and paths.

The gameplay and combat are extremely fun, and messing with different classes give you a high value of replayability just as you master each class you are given. Boss battles are difficult and satisfying. Music brings me to tears from nostalgia. This game is a worthwhile game to play and beat. Especially for some of the ending cinematics. If you want to buy it at full price, that is up to the wallet, but I might suggest waiting for it to go down in price until about $40. If you have friends, I recommend playing it with them for some good times! It is highly enjoyable playing it with people.

Review Disclosure Statement: stranger of paradise was provided to us by Square Enix for review purposes. For more information on how we review video games and other media/technology, please go review our Review Guideline/Scoring Policy for more info.

Affiliate Link Disclosure: One or more of the links above contain affiliate links, which means at no additional cost to you, we may receive a commission should you click through and purchase the item.

Stranger of Paradise: Final Fantasy Origin is a very engaging and entertaining game. It has a lot of technical and graphical issues when you want to play it but you don’t have to notice as you are focused solely on killing the agents of Chaos.