“Dual” writer-director Riley Stearns, whose latest film stars Karen Gillan and Aaron Paul in the tale of a woman who must fight her clone to the death, may be unlike every other indie filmmaker: Not only should he not direct a comic book movie, Stearns told IndieWire, but if he did, it wouldn’t be a good one.

“There are people who their favorite thing in the world as a kid was comics and they want to go into that world, and I fully support that,” Stearns said. “I just don’t think people want want I directing a comic book movie. I didn’t read comics. If I directed one, I would probably make a bad one. I think that it’s better that I stick with the stuff that I like and the trajectory I like. I don’t think I’m going to be the person who’s going to do a ‘Spider-Man’ movie justice, nor are they coming after me to!”

In this case, the stuff that Stearns likes means “Dual,” a dystopian dark comedy in which Gillan (best known as the MCU’s Nebula and an indie filmmaker in her own right) has a double role as the terminally ill Sarah and her healthy clone . The original Sarah commissioned the clone so that her loved ones would be less bereaved by her impending death than her, but things go (seriously, hilariously) awry. It’s dark comedy, social satire, and sci-fi action — a curvilinear path that, Stearns hopes, could suggest a future like Rian Johnson’s, who made “Brick” and “Looper” before “Star Wars” and “Knives Out.”

“Even though we make pretty different movies, I love the trajectory that he’s had, and that’s something that I’ve always aspired to,” said Stearns. “I can’t say that I’m going to be making a ‘Star Wars’ movie, but I also would like to continue to get bigger every time and make things that have a bigger audience. I’m never going to be in that snobby camp of, ‘I make movies for me and me alone,’ but I also have to be realistic about what am I suited to and what people actually desire from me.”

He pointed to Steven Soderbergh and Steven Spielberg as filmmakers who toggle between films they’ve written themselves and scripts by other creators, but sees himself more in line with the “Yorgos Lanthimos or Wes Anderson or Paul Thomas Anderson” vibe — filmmakers compelled by recurring themes and ideas who also write or co-write all their own work. (Of note: Stearns is “100 percent” interested in directing someone else’s script, but nothing has panned out just yet.)

Filmmaker Riley Stearns on the set of “Dual”

Stearns’ obsession appears to be exploring the dark side of fallible people who attempt to better themselves through unexpected means, whether that’s a deprogrammer who tries to help a couple whose daughter has recently joined a cult (his debut “Faults”), a weakling who takes a karate class after being attacked (the Jesse Eisenberg-starring “The Art of Self-Defense”), or the ailing Sarah.

What makes these seemingly straightforward stories unique to Stearns (Stearns-ian?) is his deadpan approach toward apparently well-meaning characters that insists on seeing his flawed creations to their darkest, comic, and often violent ends. If they’re of a piece, that’s fine, though Stearns confesses he’s always trying “not to be too directly homage-driven. Once an idea has already been addressed, I don’t really like to linger on it.”

“If people compare my stuff to other things that I’ve done and they find themes, that’s cool,” he said. “It’s when people compare your work to other people’s work as a negative, that’s when it starts getting annoying. I don’t want to hear the movie ‘Fight Club’ referenced to ‘The Art of Self-Defense’ ever again. I love that movie, but when I wrote ‘The Art of Self-Defense,’ I’d only seen ‘Fight Club’ once when I was a kid.”

When Bleecker Street released “The Art of Self-Defense” in summer 2019, the “Fight Club” references flew fast and furious. Nothing against David Fincher, but Stearns is “not a reference.”

“I like certain directors, but I think it’s safe to say at this point that this is also just how my movies work and how my personality goes through the page and then through the screen,” he said. “I feel like it’s easier to just say that they’re definitely a ‘Riley movie.’ I would love to hear if anybody knew a name other than Wes Anderson or Yorgos Lanthimos and talked about Hal Ashby or something. I’d be like, ‘Oh, that’s cool!’”

Stearns takes a similar disinterest in reviews. Critics are part of his audience of him and he’s curious about what they have to say, but that does not mean he’s going to take their notes to heart. “David Lowery told me once that, if you read the good reviews, you have to read the bad reviews,” he said. “It’s good to know that if you’re going down a path, this is what some people think of that path. I think I’m OK with that.” 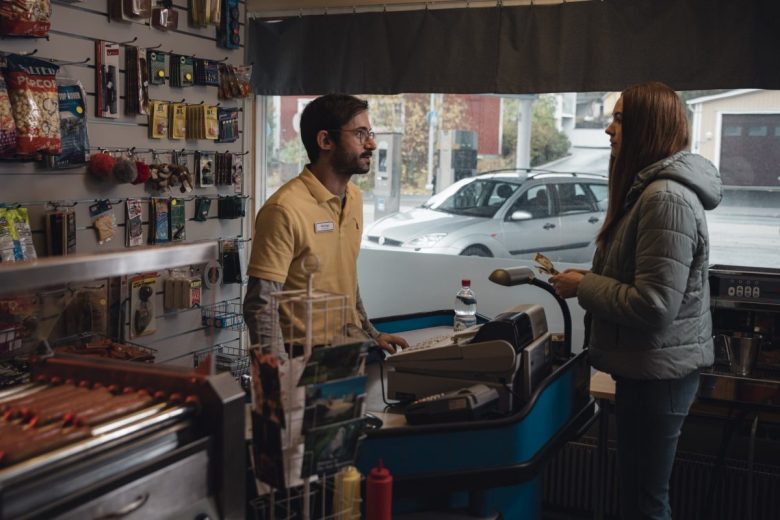 Stearns has directed three indie features in the last eight years, all of which received a theatrical release; given the state of distribution, how many filmmakers in the next eight years will be able to say the same? These days, Stearns is excited about the release of films like Daniels’ “Everything Everywhere All at Once” and Jane Schoenbrun’s “We’re All Going to the World’s Fair”; Schoenbrun’s debut even opens against “Dual” in some markets, but Stearns already has a ticket for a Saturday-night show.

“I’m so excited about the movies that are coming out and the filmmakers that are getting a chance to be seen and heard,” he said. “But at the same time, COVID has changed everything. I would be lying if I’m not apprehensive and nervous about the state of distribution right now. Not necessarily the lack of distribution, because we still have things going to theaters that I’m excited about, but I’m very afraid about the audiences that are there now.”

RLJE Films acquired “Dual” after its Sundance 2022 debut for the kind of seven-figure festival deal — theatrical release first included! — that’s become rare. The film will get a month-long theatrical window before heading to VOD, digital, and AMC+ in mid-May.

“The fact that some people will just never go to a theater ever again, because either they don’t want to out of fear of COVID or that they’ve gotten comfortable with the idea of ​​things coming to them rather than them having to go seek it out, I don’t know what’s going to happen,” he said. “Three films in, I feel like I have a little bit of a leeway and a little bit of a head start, but I don’t know if we’re going to see many smaller movies getting theatrical releases going forward. I don’t know where we’ll be a year from now and at two years from, but all you can do is try.”