The Kinsey African American Art & History Collection has toured 35 cities across America over the last 15 years. Now it’s on display at SoFi Stadium in Inglewood.

Bernard and Shirley Kinsey, who are married, have spent decades collecting photographs, sculptures, and rare letters that capture the African American experience from the 16th century to today.

Their son, Khalil Kinsey, is the chief curator for the collection. He explains there were a lot of events that inspired him, including the premiere of the 1977 TV miniseries “Roots” and his third grade family history report on him. “I could only go back about four generations, and my classmates could go back for centuries, some of them. And I remember to this day… how inadequate that I felt.” He says his parents credit that moment as a tipping point.

(Left to right) Bernard, Shirley, and Khalil Kinsey pose at the Kinsey Collection on display at SoFi Stadium. Photo by Adam Pantozzi/SoFi Stadium.

The collection soon filled every corner of his parents’ house. “I remember in the 90s, after going away to college, every time I would come back, there would be something new that my father was showing me, and it may be the Dred Scott decision or a letter from Malcolm X.”

In 2005, the LA Times wrote an article about the collection and shortly after, museums started to reach out. 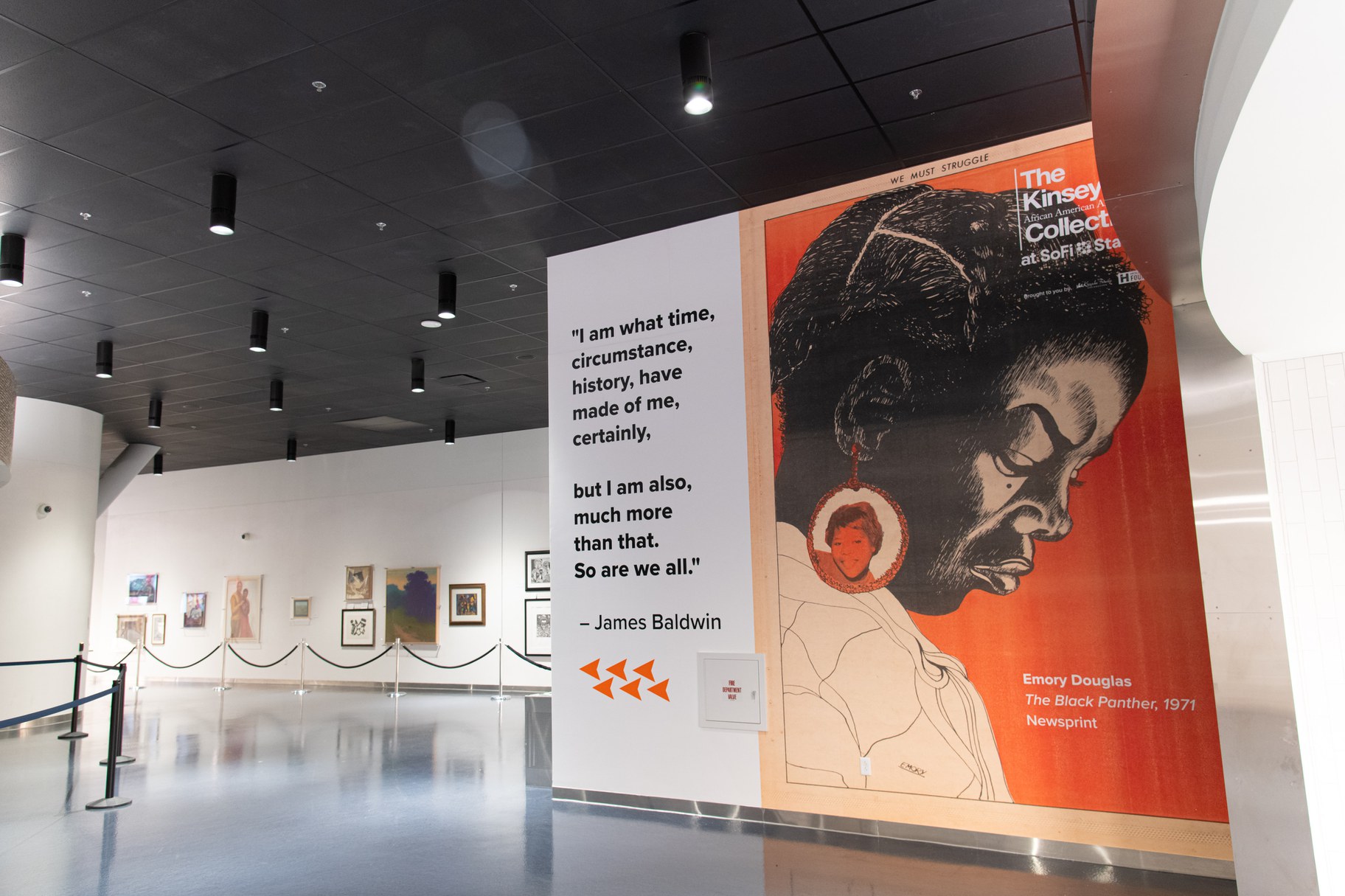 The Kinsey Collection is on display at SoFi Stadium in Inglewood through June 2022. Photo by Adam Pantozzi/SoFi Stadium.

SoFi stadium is not a typical art venue, but Kinsey says his family jumped to show the exhibition here “because it’s not simply about museums and institutions. It’s about … the places where these experiences are unexpected and meeting people where they are. And that’s a huge part of our mission.” 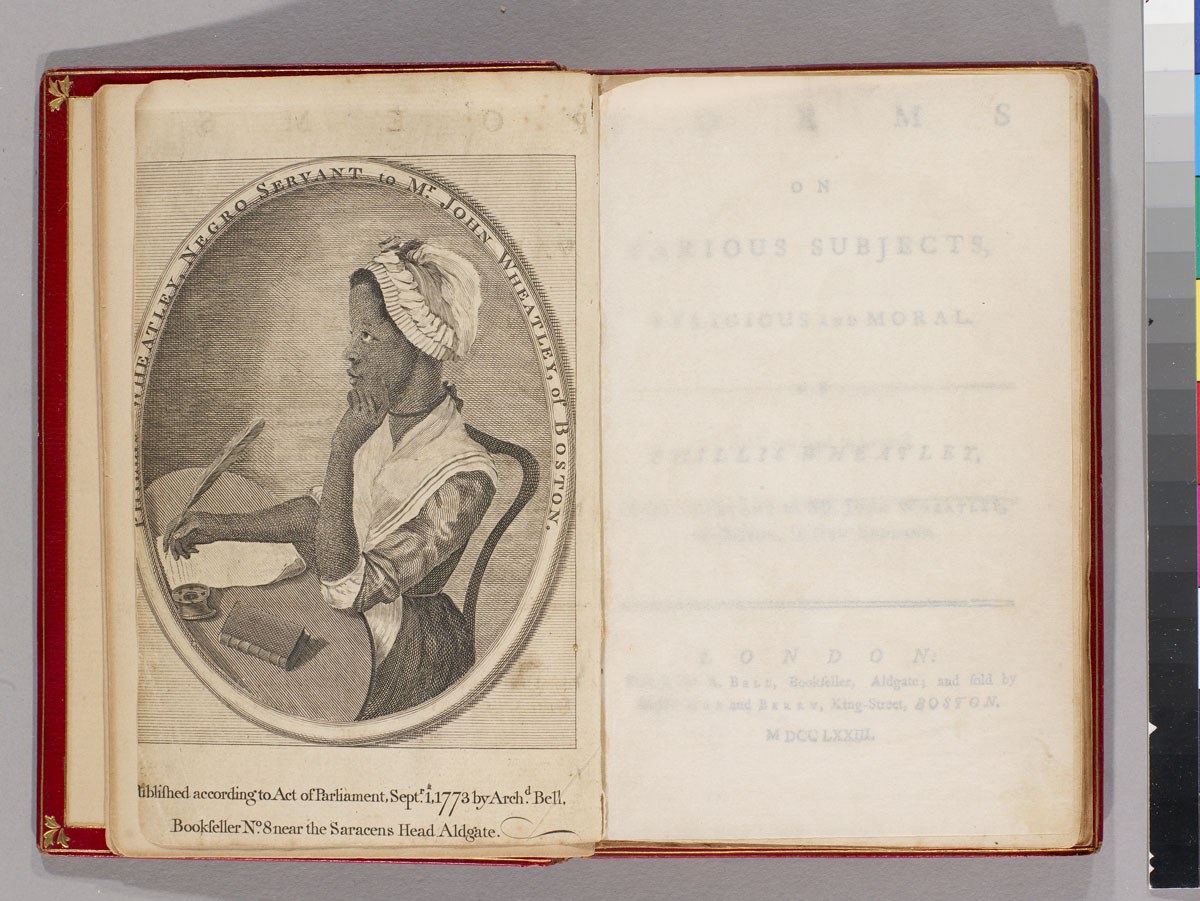 One of the pieces on display is the 1773 first edition of “Poems on Various Subjects, Religious and Moral” by Phillis Wheatley. It’s the first book of poetry published by an African American author in the United States. She was kidnapped from Gambia and sold into enslavement to the Wheatley family. She started writing her book of poems at age 13 and published the book at age 17. 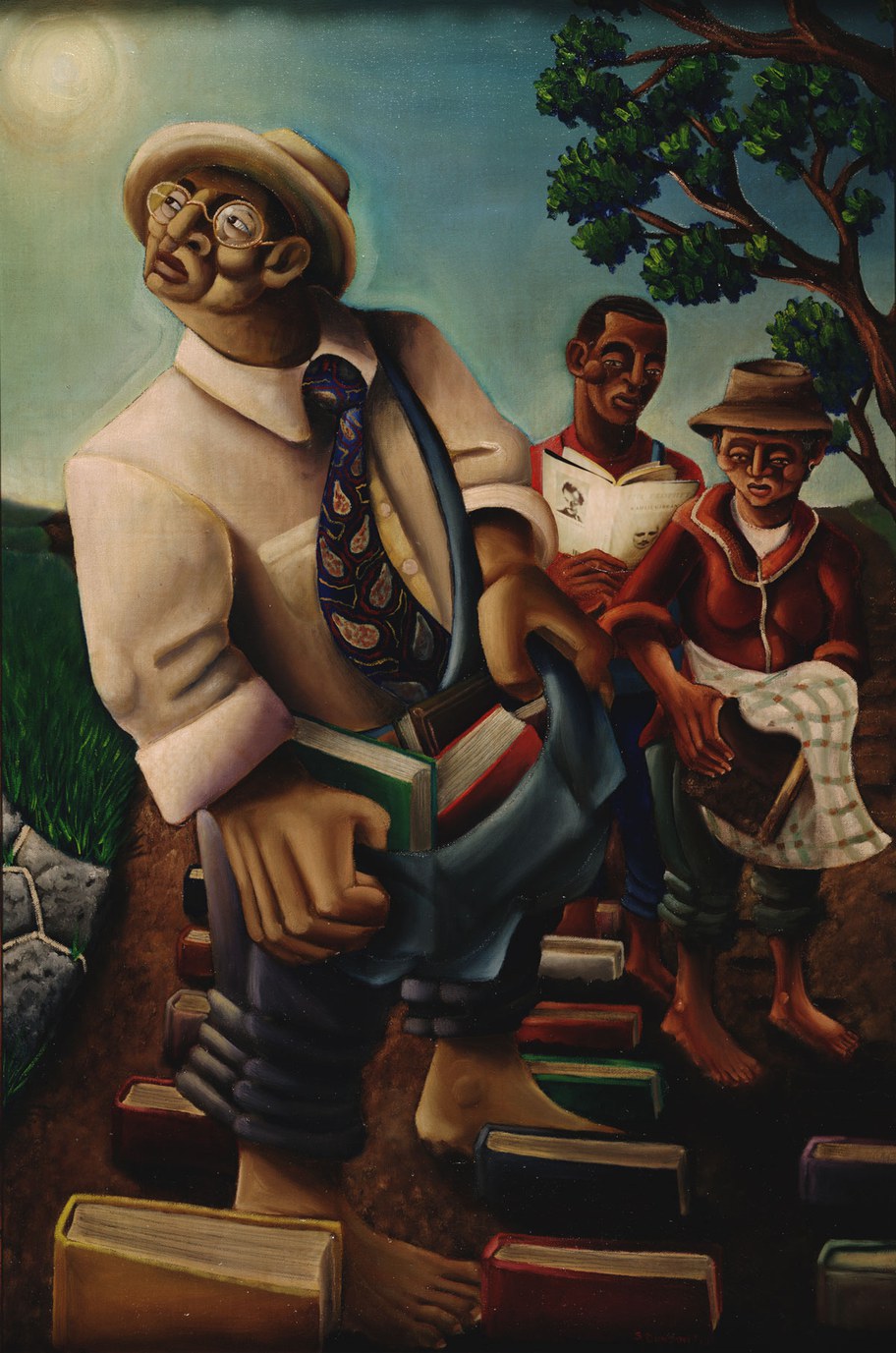 “This is what has become our lead image. … It says everything that we are striving to do with the collection,” Khalil Kinsey says of Samuel Dunson’s “The Cultivators.” Photo courtesy of The Kinsey African American Art & History Collection.

Another piece on display is by Samuel Dunson titled “The Cultivators.” The piece depicts the Kinsey family as cultivators of knowledge in a field of books. “My father is gathering them, my mother is cleaning them, and I’m in the back reading,” explains Kinsey. The piece conveys everything the family is trying to achieve with the collection: discovery and sharing information.

The Kinsey Collection spans across the entire second floor of SoFi Stadium. The exhibition has been extended through June. 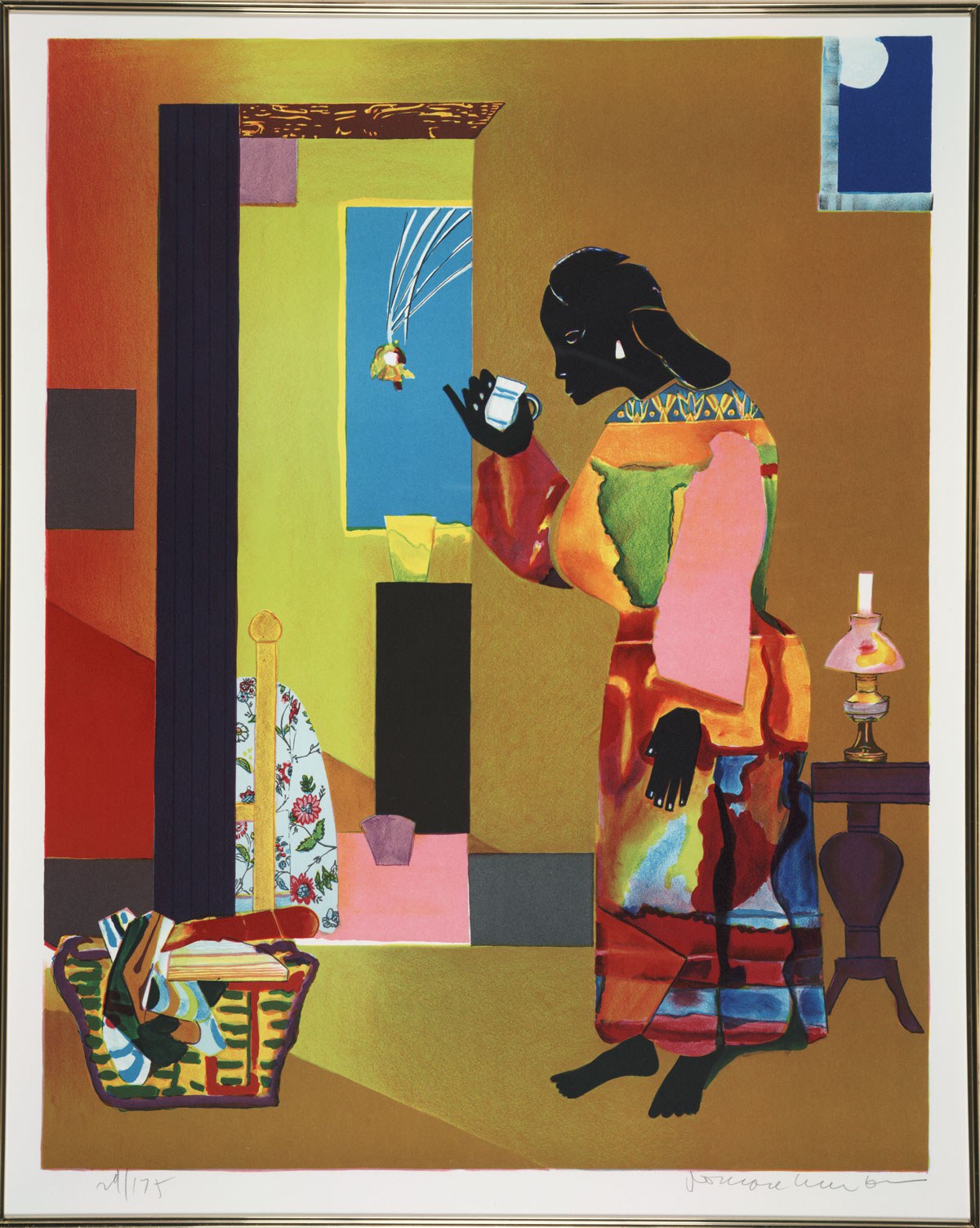 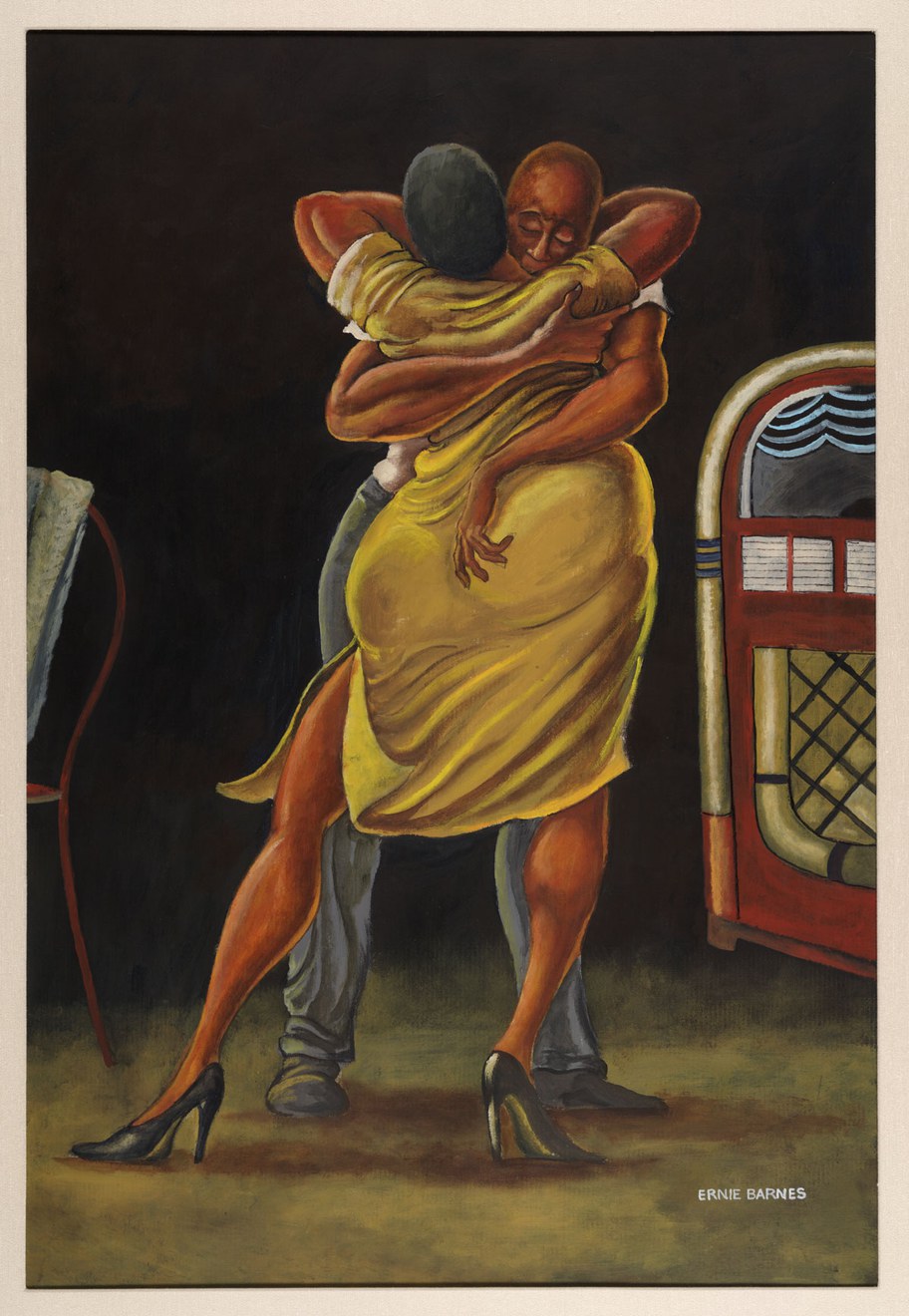 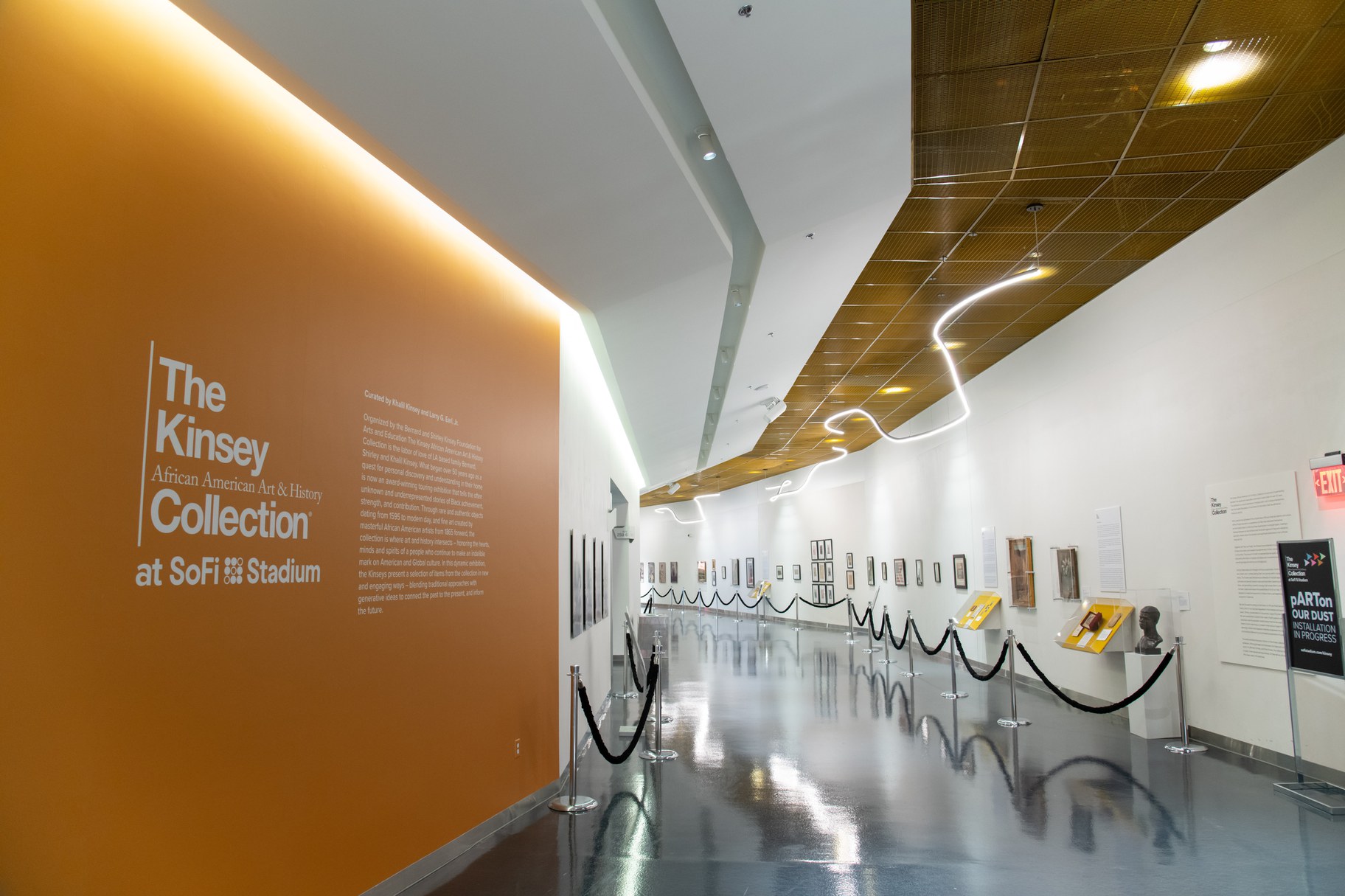