All told, the German Nonfiction Prize awards a total of €42,500 to its winner and to the remaining seven shortlistees.

CReated in May 2019 by the Börsenverein des Deutschen Buchhandels, Germany’s publishers and booksellers association, the German Nonfiction Prize today (April 12) has released its 2022 shortlist, with the promise of a winner’s announcement on May 30 in Berlin. The awards ceremony will be held at the Humboldt Forum in Berliner Schlossthe Humboldt Forum in the Berlin Palace.

From the eight shortlisted titles, the jury will select winning nonfiction book of the year, which will be announced in Berlin on May 30.

Not unlike the issue-driven Aspen Words Literary Prize, a criterion of this honor is that the winning title is not only to be a work of nonfiction written in German but also one that “inspires social debate.”

Our readers will recall the program’s announcement in January of the jury panel working with an initial nominations from 205 submissions coming from some 130 publishers in Switzerland and Austria as well as Germany.

Ace Publishing Perspectives readers will recall, the jury for the program was announced in early November by the Akademie Deutscher Sachbuchpreis (Academy of the German Nonfiction Prize):

The jurors have chosen die tageszeitung (“Taz”) journalist Tania Martini to be their chairwoman. 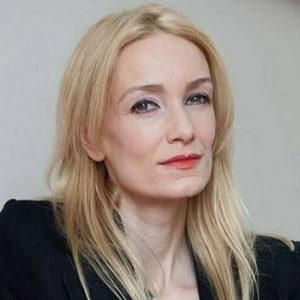 In a particularly interesting jury comment, Martini today is quoted, saying, “Doubt is essential for understanding the present, which is inhabited by ghosts of the past. The upheavals and conflicts of our present attest to this.

“The nominated books offer clever expositions of problems and sharp analyzes of some of the fundamental configurations of our time. Some are impressive in their precision and intellectual candor, others in their unorthodox approaches and surprising associations.

“With an elegant and light touch, they help us to understand major themes while bearing witness to freedom and courage, happiness and repression, and challenging world views and rationales we take for granted. They open up spaces that are worth entering, revealing not prefabricated truths, but suggestions for deepening our thinking and tolerating contradictions–suggestions that allow us to look at the world a little differently.”

Because of its delayed implementation during the still-ongoing coronavirus COVID-19 pandemic, this program, intended for a 2020 debut, is just on its second season. 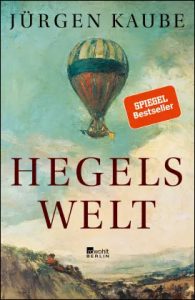 The effort to inaugurate the German Nonfiction Prize was “broken off prematurely,” as the organizers put it, and was revived for 2021. Jürgen Kaube won the actual inaugural 2021 prize in June, for his biography Hegel’s World (Rowohlt, August 17, 2020).

Each publisher could submit a maximum of two works that appeared or will appear between May 2021 and April of this year, when the announcement of the nominees is anticipated. In addition, each publisher could recommend up to five additional titles from their own lists. That group of recommendations comprises 161 titles.

This is Publishing Perspectives’ 72nd awards-related report published in the 72 days since our 2022 operations began on January 3.

More from Publishing Perspectives on the German Nonfiction Prize is here, and on publishing and book awards in general is here. More on the German market is here.

And more from us on the coronavirus COVID-19 pandemic and its impact on international book publishing is here.