I hope you’re all ready to talk about the juxtaposition of wand lore in Harry Potter and the role of fate in choosing a guitar.

hmm. Half the room just left. Was it the dork stuff or the guitar stuff? Both? Right. I’ll recalibrate.

“I’ve never done anything like this before,” the former Burlington resident said in the record’s press release. He called the music “a bookend” to the two years he largely spent in his New York City home during the pandemic.

Sequestered with a new acoustic guitar, Anastasio leaned heavily into the Laurel Canyon sound, channeling ’70s folk and John Prine on songs like “hey stranger” and “roll like a river.” mercy is a fascinating new chapter for a musician who rarely stays in one place, musically. It might never have happened had his bandmate Page McConnell not given Anastasio that new acoustic guitar—made in Burlington, no less—for his birthday.

“Page wanted to get Trey something special,” luthier Adam Buchwald said recently as he showed me around his shop in South Burlington.

Buchwald, a lifelong Phish fan, pulled out all the stops crafting the guitar on commission from McConnell. In addition to making instruments at his shop, Circle Strings, and through his other brand, Iris Guitars, Buchwald owns a business called Allied Lutherie, for which he hunts down exotic woods. For Anastasio’s guitar, he chose a piece of German spruce that was well over a century old.

“I play paddle ball with Page, so we talk often,” Buchwald explained as we walked through a massive room full of slabs of wood, stacked and ready to be cut. “I was sitting on this amazing wood at my shop, so I just told him: ‘You have to show Trey this wood.'”

Half a year passed before McConnell reached out to Buchwald to commission the guitar. He wanted it made quickly to coincide with when Anastasio would be in town for Phish rehearsals. Not long after, the band was playing at the Barn, its studio in rural Chittenden County, and McConnell called Buchwald, requesting the new ax that day.

“So there was suddenly this rush to get it finished in two hours while he was still out at the Barn playing with the band,” Buchwald recalled.

He’d hoped to deliver the guitar to Anastasio himself. Instead, the band sent someone to pick up the guitar. But shortly before his flight back to New York City that day, Anastasio came by Buchwald’s shop, guitar in hand, to express his love for the instrument and to give Buchwald and his employees an impromptu solo set.

“It was so cool, just as a fan, really,” Buchwald said, grinning. “He took a tour of the place and looked at all the stuff we’re working on.”

Back home in New York, Anastasio found he had an immediate rapport with his new guitar.

“That was the turning point,” Anastasio wrote in mercy‘s liner notes. “I’d get up early every day, make coffee and write these songs on that guitar.”

The guitar sounded so good that Anastasio didn’t want to record other instruments for the new songs. “The decision was made very quickly: ‘Let me double the guitar.’ I was listening to the first take on headphones and playing off it. It was like jamming with myself,” he wrote, also in the liner notes.

“Hearing the guitar live was incredible,” he said. “But the way you want to hear a guitar like that is when it’s recorded. That’s where you can really hear the tonal character of it. It sounds beautiful.”

Meanwhile, Buchwald is expanding his business, which underwent a robust change during the pandemic. The luthier, who began fixing guitars in the early 2000s on his own, now has a cadre of employees and a sprawling complex to house his businesses. He even plans on opening a showroom for his products this summer.

We’ll revisit Buchwald when he opens the new Circle Strings storefront in a few months. 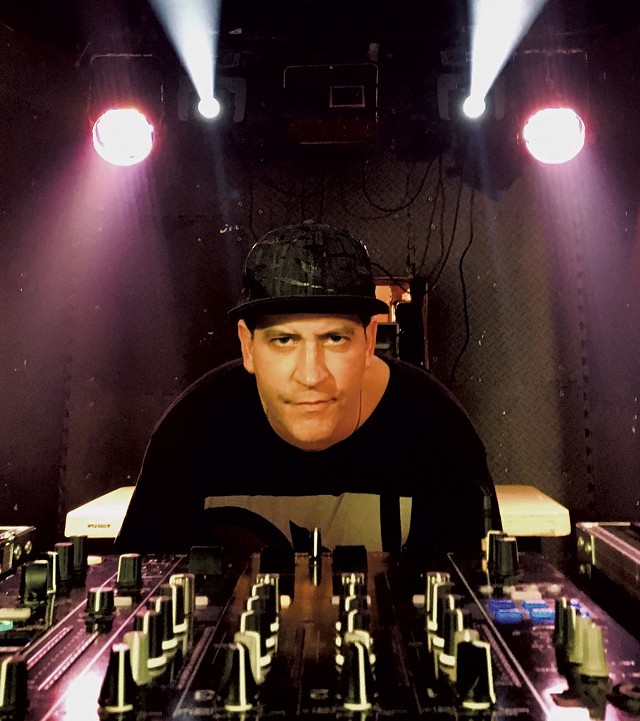 There was a time when Sunday Night Mass ruled the dance scene in Burlington. Justin Remillard and his Nexus Artist Management regularly brought top-level electronic music to Club Metronome, exposing the city to some of the best EDM producers and performers in the world. Though raging on a Sunday night might seem strange, the club was often full of dancing bodies, loud beats and laser projections. For years, it was a weekly event, then it went monthly, then bimonthly; it eventually settled into an every-few-months sort of schedule.

“As time has gone on and we’ve gotten older, the events have grown more spaced apart,” Remillard told me. “But it was definitely a brand in town: We throw the Sunday parties. Which is sort of hilarious, because what more awful of a night could you pick to throw a party?”

Sunday Night Mass was becoming less frequent, and then COVID-19 showed up and put the brakes on dance parties. When Remillard initially planned a comeback show in January, the outbreak of the Omicron variant forced yet another delay.

“Putting these shows on, bringing in the talent we do, it’s really not cheap,” Remillard admitted. “So you don’t want to fuck it up. You need to do it right and make sure you’re putting on a show everybody can get behind.”

So the show Remillard had been planning, a comeback party of sorts, was postponed until this Saturday, April 23, when he starts a brand-new series called Synergy Sessions Live. The show features NYC house legend Joeski on the decks, as well as San Diego’s DJ ENDOMontreal’s MightyKatfellow Nexus artist D-Lavand Remillard himself, DJing under his moniker Justin R.E.M..

The show will be something of an experiment for the club and Nexus. For one, RIP Sunday Night Mass. The new series will slot in on Saturday nights, a major change from the status quo that held for years and years.

“Saturday night was always Retronome,” Remillard said of the hugely popular retro-music night series that ran until 2019. “Mad respect to [Retronome DJs] Craig Mitchell and Fatty B for doing it for so long. But I think the club knew it was time to hit play on the future,” he continued. “Eighties nights are awesome, but club goers age out; it’s the nature of the beast. There’s a lot of younger kids coming out who want to do their own thing and hear current music.”

Remillard pointed out that both Nectar’s and Metronome have been showing more and more EDM shows in the last year, most of which he said have been “massively successful.” He senses that the younger generation hungers for more.

For now, Synergy Sessions Live will, much like Sunday Night Mass before it, be an every-few-months sort of event. Remillard is planning another show around Memorial Day, though his focus is on this Saturday’s event.

“If it goes the way we think it will, we’re hoping this sets a new precedent for hearing great electronic music in Burlington,” he said.

Southern Vermont roots rockers Saints and Liars are back with a new single titled “Picket Fences Blue.” following a strong 2021 debut, These Timesthe five-piece band from Londonderry hooked up with indie folk artist Bow Thayer (Elbowthe benders) to record the track at Thayer’s studio, the Woodshed. “With some of Vermont’s finest microbrews stashed in the snow outside, and great company to spend the day with, inspiration naturally pervaded the air,” the band wrote in a press release. “Picket Fences Blue” debuts on streaming sites on April 29.

On Tuesday, April 26, PBS premieres “We Remember: Songs of Survivors.” The program documents and celebrates the lives of Hudson Valley Holocaust survivors and features a song written by Bellows Falls native Michael Veitch. The brother of comic book artist Rick Veitch and the late author and poet Tom VeitchMichael Veitch wrote a song called “Above the Rain” with survivor Rita Schwartzwho fled Austria in 1938 when the Nazis invaded.