Ukrainian writer Yuri Andrukhovych describes himself as an Odysseus-type guy since, like the legendary figure from Greek mythology, he is often on the road. Like the ancient warrior, he also longs for his native country.

“I am always ready to go on a trip, especially if it is connected with a reading,” he told DW. “I pack quickly and travel light, but I always return home. Right now, I’m purposefully staying right here,” he added. Here, in this case, is his home in Ivano-Frankivsk, in western Ukraine. Andrukhovych has not left Ukraine since the start of the war on February 24 because he feels he has “no other option.”

His novels, from “Recreations” to “Perverzion” and “The Moscoviad,” have been translated into several languages. Andrukhovych’s multiple awards include the Goethe Medal, the Hannah Arendt Prize and the Leipzig Book Prize for European Understanding.

The writer tirelessly emphasizes that Ukraine is pro-European and has appealed to the EU to support his country in numerous speeches.

“Quite unintentionally, we have become your pangs of remorse,” Andrukhovych said at the 2014 Vienna Book Fair after Russia’s annexation of Crimea in violation of international law. He tried hard to get the West to pay attention but some countries did not seem to realize the consequences.

“I don’t want to generalize. We see, for example, that the UK has a very different relationship with Ukraine than Germany,” he said. Countries that have themselves experienced Russian aggression and occupation, like the Baltic states or the Czech Republic, understand Ukraine well, he added.

In Germany, on the other hand, pro-Russian attitudes became an inseparable part of German identity after the events of World War II, Andrukhovych said. Some Germans have great respect and sympathy for Russia, he added.

Nonetheless Andrukhovych is looking forward to a planned book tour of Germany to promote the German translation of his most recent novel, “Radio Night.”

Volha Hapeyeva cannot currently return home. Having left her native Belarus for Germany in 2019, in August 2020 Belarus dictator Alexander Lukashenko claimed an overwhelming victory in a disputed presidential election, sparking nationwide protests. The regime countered with mass arrests, torture and intimidation. Hapeyeva decided to stay in Germany, where she is a German PEN fellow in the organization’s “writers-in-exile” program. 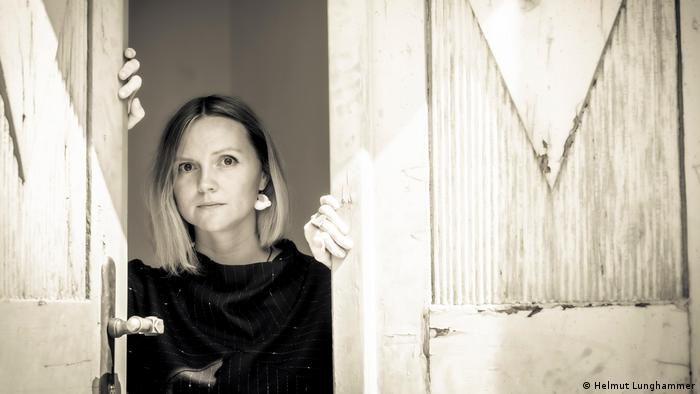 Volha Hapeyeva, who left Belarus in 2019, is a German PEN fellow

Hapeyeva remembers sitting on the steps of the Palace of the Republic in Minsk, just reading a book, when a policeman approached her and told her she could not sit there.

“It is these little things that show you that the city no longer belongs to ordinary citizens,” she told DW. “The city belongs to the government.”

The more she thinks about what home really is, the more she understands the concept of home as something global.

“Often I think about going to the mountains or forests, where I don’t have to explain who I am and what kind of passport I have or why I don’t have a visa,” she said. “Words like exile, refugee, emigrant are only relevant to communities, countries, states,” she said, musing on the limits of finding identity beyond the borders of one’s homeland.

Hapeyeva’s poetry collection, “In My Garden of Mutants,” was published in English in 2021. Over the past five years, she has worked as a translator for the Organization for Security and Cooperation in Europe (OSCE), which has tried unsuccessfully to wind down the conflict in eastern Ukraine.

Her work allowed her access to private letters, which inspired some of her poetry, such as “Black Apple Tree,” published in “In My Garden of Mutants”:

“Half bird, am I, half tree: One half wants to put down roots, the other wants to fly,” runs a line in Umar Abdul Nasser’s Arabic-language poem “Bird and Tree.”

The Iraqi writer and singer hid from the so-called “Islamic State” for two years until he managed to escape. Today he lives in Germany and, like Hapeyeva, is a German PEN fellow.

Memories of his native Iraq and the events before he fled remain vivid. He describes his youth of him as permeated by “the feeling of being terrified… You are scared all the time. But you need to continue. That’s the situation I remember from my childhood.”

“Since Saddam [Hussein’s] time, it was always this feeling of, ‘don’t speak, don’t talk’,” he said. “The price may not be me as a child but maybe [it will be] my parents, or my father can be arrested or taken in by Saddam. And later we started to see the horrible scenes in the street, the killing of the people.”

“That’s before the IS group,” he added, referring to the rise of Islamist militants in 2014. “And then they were just the climax of everything; we lived inside the death. Every moment we expect to die.” 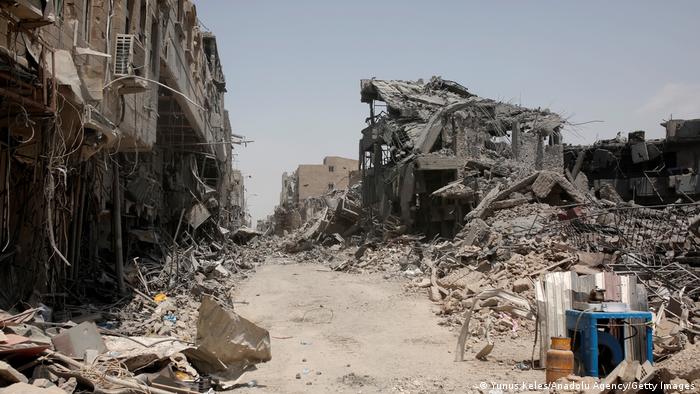 Large parts of Mosul, where Umar Abdul Nasser lived with his family, were destroyed by the “Islamic State” group

While still in Iraq, Nasser took refuge in the world of thoughts, finding a safe haven in literature and writing poetry to come to terms with what was happening around him. He later fled, first to Poland, then to Germany.

“I like the Iraqi people,” he told DW. “I like my country. But at the same time I can see the problems even more clearly [from outside].”

In “Being a Refugee,” a prose poem, Nasser writes in Arabic:

“Imagine you are in my place. Born with my skin color, as old as I am now, with the same address. Imagine you were born in a country that you did not choose, grew up amidst wars that you were not responsible for. Your passport more likely opens prison doors than gives you access to other countries.A prisoner of the times, you go from one war that you didn’t pick to another that you also didn’t opt ​​for.You make your way waveringly and do not know how all this started and how you are supposed to get away.”

For Nasser, writing was spiritual salvation, a means to escape and find freedom.

This article has been translated from German.