Tatnall graduate Zach Baylin talks about growing up in the First State, making it in Hollywood and working with Will Smith.

Before the slap that landed actor Will Smith on the outs with the Academy of Motion Picture Arts and Sciences, there was a small team dreaming of telling the story of Richard Williams and his tennis phenom daughters, Venus and Serena. That dream culminated in the award-winning film king richard.

The movie’s screenwriter, Zach Baylin, was raised in Rockford Park, graduating from The Tatnall School before heading to Johns Hopkins for college.

A self-described sports nut, Baylin admits to spending most of his time thinking about or playing sports. It wasn’t until a theater production class under Dr. Bruce Chipman and an art class under Rosemary Crawford, both at Tatnall, that he started thinking about filmmaking.

“They took it seriously and put on thoughtful productions. That was a big door opening for me,” he says.

At Johns Hopkins, Baylin entered the film and media studies program and started learning about screenwriting. In the summer, he would hang out at the Classic Video store in Trolley Square or drive up to New York City where he bought printed scripts from sellers on the street to better understand the craft.

It all started to click during college when he studied under Lucy Bucknell, a film and media studies professor. He was able to participate in the Tisch mini-filmmaking program in New York City. While there, he connected through a friend of his former football coach with the now-defunct production company The Shooting Gallery, where he would intern and potentially stay on through the last year of college.

Then he showed up for work on Monday and everything was locked tight. The company had gone under over the weekend.

Baylin headed back to Johns Hopkins to finish his final year of school while working on his own feature screenplay. After college, I landed an internship with a new commercial music video venture, Smuggler, in New York City.

“I made that my home base for several years, working on music videos and commercials,” as well as networking in the film and music industries, he says.

About 15 years later, Baylin met film producer Tim White during a brainstorming meeting. “Tim had played junior tennis when Venus and Serena were coming up,” Baylin says. “When I told him I was going to the US Open, he said, ‘Give me a few more minutes.’ ”

That’s when Baylin learned of White’s idea to do a film about the Williams family. Previous writers had not hit the right notes, so White asked Baylin to put something together.

“I did a ton of research on Richard and the family, watched documentaries and read everything I could find, and I started writing,” he recalls.

At the time in 2016, they did not have rights to the story, meaning the Williams family would have to sign off on the screenplay if Baylin and White expected to get their cooperation in telling the story. White loved Baylin’s idea of ​​telling the story from the perspective of Richard Williams.

Fast-forward to the 2018 US Open. Baylin and White got the screenplay in front of the Williams’ manager. They shared the script and had a “very long” night waiting to hear if the family liked it, Baylin recalls.

They got the call and soon were going through the screenplay page by page with the Williams family, with Venus and Serena sharing memories of their lives as young athletes.

Will Smith had already agreed to work on the film once the rights were in place.

“We were very intentional with the story…showing them as real humans…people who are flawed and still managed to achieve something remarkable,” Baylin says. 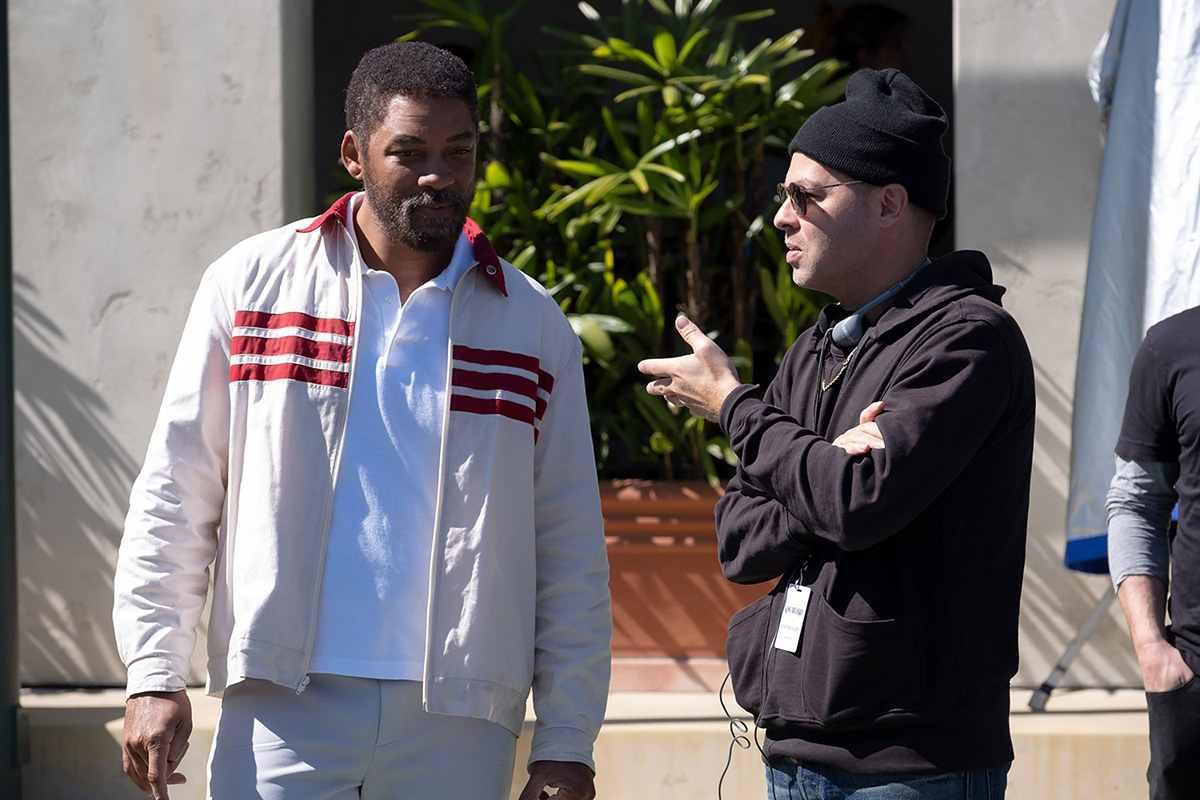 The cast and crew pulled together, Baylin says, and Smith was instrumental in helping build up the morale by hosting raffles and giveaways. Director Reinaldo Marcus Green also served as the father figure and supporter on the set, working to help everyone succeed.

“[Green] is not someone who gets frazzled. He does n’t get down easily, so having his positivity from him on set was important, ”Baylin says.

king richard was released in November 2021, earning $38.1 million at the box office to date and garnering 131 award nominations. At the Oscars in March, Will Smith took home Best Performance by an Actor in a Leading Role. He also won Best Leading Actor at the BAFTA Awards and Outstanding Performance by a Male Actor at the Screen Actors Guild Awards.

And what about the slap?

“It was shocking. At that moment, I was [at the Oscars] with the producers of the movie, and like everyone else we were trying to figure out what happened,” Baylin says. “I think the movie will last beyond that moment. It is a tragedy all around that it happened. I am sad for Will that it took away the moment for him and I hope it passes.”

Smith has since been banned from attending the Oscars and other academy events for 10 years.

What is the best thing about Delaware?
Beaches and the people.

When people ask you where you are from, have they heard of Delaware?
Usually they say they’ve never met anyone from Delaware.

What is your favorite band?
The Strokes.

What is the best movie you have seen lately?
Worst Person in the World.

What do you eat for breakfast?
Bacon, egg and cheese.

Related: Cab Calloway School Is The Backdrop for This Delaware Native’s Film