By James Gordon For Dailymail.com

An Oklahoma library has banned a display that was showing sexual assault awareness and a proposed ‘romance book club’ after both were deemed inappropriate.

The Public Library of Enid and Garfield County’s Board of Directors had initially said the book club and the sexual assault awareness book display could stay, but then the Enid Public Library’s board voted narrowly 3-2 to ban both the display and program.

The board reasoned that the display featured content about sexuality, while the book club would discuss sexual topics, and that neither was appropriate for the library. 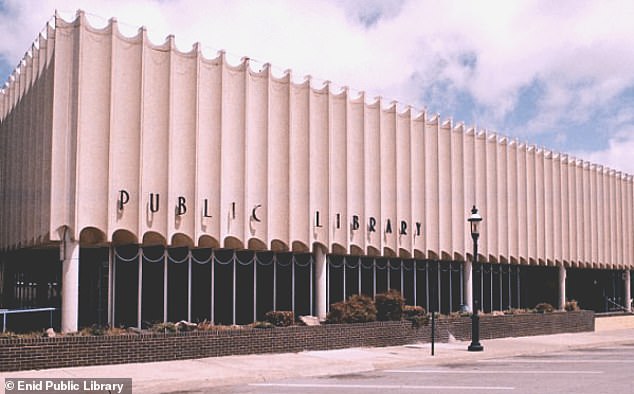 Enid Public Library’s interim director Theri Ray said that the projects were shelved ‘in accordance with the adopted policy.’

The policy itself is extremely broad and requires the library’s programs and exhibits to be ‘non-partisan’ and ‘not make as their object the study of sex, sexual activity, sexual perversion, sex-based classifications, sexual preferences, sexual identity, gender identity, or subjects that are of a sexual nature.’

‘The library director is tasked with implementing the policy as written,’ Ray explained to CNN.

A similar situation also occurred last summer when a Pride Month-themed display also led to an outcry from locals. 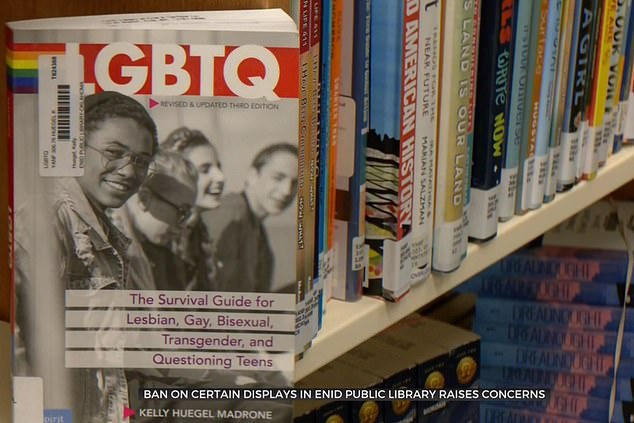 Despite the ban, the books on the subjects are still available on the libraries shelves 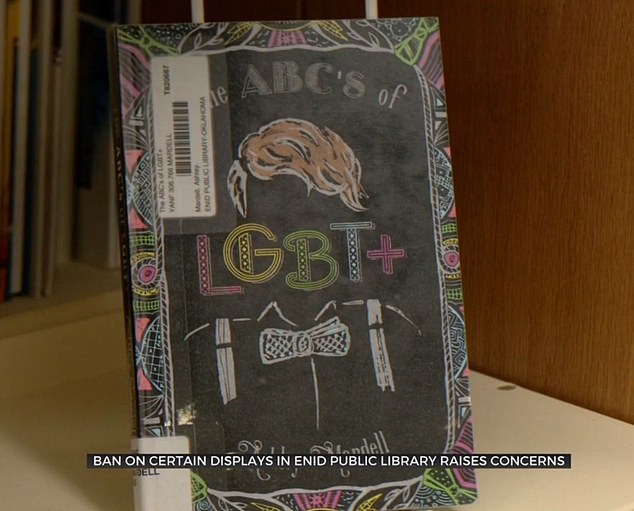 ‘We do not need to bring in divisive things into a public building,’ one Enid resident said at the time.

Despite the board’s objection, books on such subjects can still be found on the library shelves and checked out – just not included in any public display.

Cindy Nguyen, policy director of the American Civil Liberties Union of Oklahoma said the wording of the library’s ‘policy’ was taken directly from a bill currently going through the Oklahoma state legislature.

The bill is similar to the controversial so-called ‘Don’t Say Gay’ law in Florida which bans the teaching of sexuality in classrooms from kindergarten to third grade. 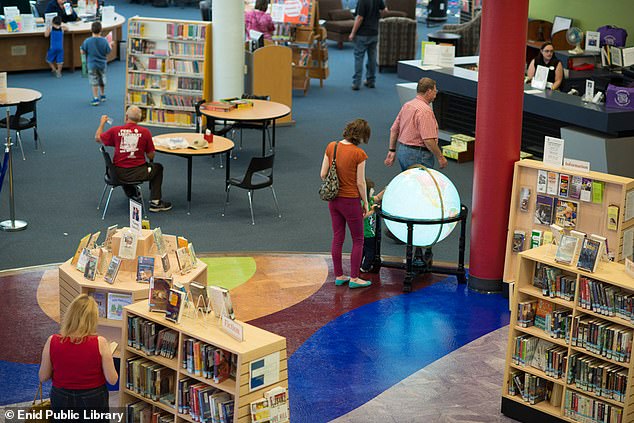 During a library board meeting earlier this month, those present debated what constituted ‘sexuality’ or ‘sex-based classifications’

‘We’re expecting to see these policies pop up in legislatures across the country,’ Nguyen said. ‘Anything that can be connected to critical race theory or LGBTQ issues, there will be an attempt at chilling speech.’

Nguyen said such policies such as the one being applied in Enid are dangerous in that they can be interpreted as broadly or as narrowly as possible depending on the strength of feeling from locals.

During a board meeting earlier this month, those present debated what constituted ‘sexuality’ or ‘sex-based classifications.’

‘If we go through with this vote, there is going to be no displays ever,’ one board member concluded.

Director, Ray, then stated how the library would have to consider whether Mother’s Day and Father’s Day displays would even be allowed seeing as they too are gender and sex-based classifications.