Shoba Tharoor Srinivasan was not sure whether she wanted to write a book when she was requested by Penguin to write a biography of her mother, Lily Tharoor. “True, my mother has led an unusual and fascinating life. Even at the age of 80 she renewed her driving license and drove her car from her until just a few years ago. She has travelled, has had her share of tragedies, travails and triumphs… but did we want to put it down in a book?”

Eventually, persuaded by the publishers and encouraged by her brother, Shashi Tharoor, author and Member of Parliament, she got around to thinking what she would want to include in a book about her mother.

Good Innings: The Extraordinary, Ordinary Life of Lily Tharoor, to be published on May 8 (Mother’s Day), is not a mere biography. In Thiruvanathapuram for a short break, the prolific author and voice artist said, the book, is “a hybrid text, part memoir, part self-help”. It has Shobha reflecting on her mother de ella and the many ways in which she has influenced her three children and many other people by her curiosity, her drive de ella, and her can-do spirit de ella.

“I did wonder how I could share stories about my mother in a way that was interesting for readers. My mother claims that she’s quite ordinary, that she hasn’t “invented anything.” The publishers felt that the story of a spirited matriarch who lived and learned in so many parts of the country and the world, and raised “three interesting children” would be inspiring to others.” Shobha agreed to write the book but it would not be a conventional biography. “However, every chapter is about a specific period in her life de ella and the 13 chapters in the book take the reader from Kollengode where she was born, to her present life in Delhi with her son de ella. The book is drawn from memories but I mix up the narrative so that we hear Lilly’s voice from her in the first person opening of each chapter.

Each chapter begins with an aphorism that illuminates the purpose of the chapter that follows. The chapter concludes in third person and presents a take-away.

Shashi Tharoor has written the prologue and Ragini, Shobha’s daughter, has written the epilogue. “Ragini, a professor of English, is my mother’s only granddaughter and the grandchild who has spent the most time in conversations with my mother.” 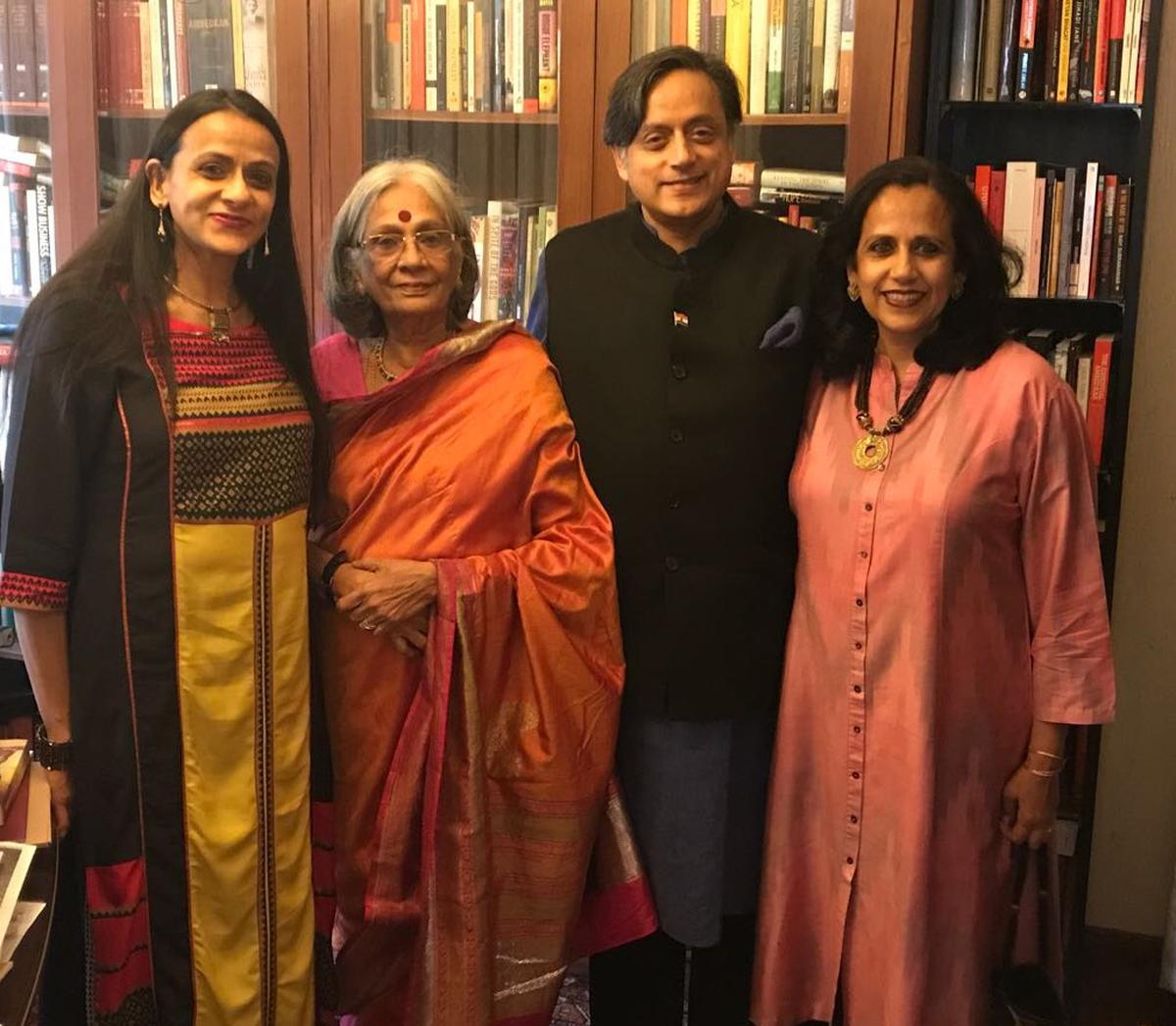 She hopes that her mother’s story will prompt conversations in others and encourage them to reflect on and write their own stories.

The pandemic has been a time for creative writing for Shobha. Her book of her, A Time to Rhyme, Poems for kids of all Ages (Aleph Publishers) was released in early April. The book showcases her love for poetry and introduces children to multiple poetic forms, and to the rhythm and music in words. She says it was her de ella love for poetry that she wished to share with others that found its way into the book. The author feels that many children are intimidated by poetry.

“I conceptualized the text as a poetry reader. I introduce nine different poetic forms and the poems are written in their particular form. So, a poem ‘Sonnet in Iambic Pentameter’ showcases the particulars of the form by using 14 lines as in a sonnet. I then include example poems that use relatable themes and subjects for children so that they can recognize that a poem, despite its rules and particular form, can still be easy and fun to read.” Shobha Tharoor Srinivasan’s book of poems to introduce children to poetry and the music of words | Photo Credit: Special Arrangement

For Shobha, seen is where her heart lies. “Words, their sound, their structure have music if used well. I wanted to share the joy of poetry and reading aloud with children. As a child, whenever I was told to write something, I would do it in verse.” Shobha’s felicity with words is evident in the book and in her delightful verse examples of her. The illustrations in the book are by Priya Kuriyan.

Talking about writing for children, she says she views her books as an opportunity to capture the attention of children who have several other ways to entertain themselves. “I’m mindful not to talk down to children and I try to frame my narratives in a way that engages readers.” Refusing to be pigeon-holed into writing for a specific age group, she says even her picture books which are usually marketed to a younger age group have aspects that will inform and entertain older children.

Shobha asserts that when she writes for children, she wants to ensure that there is a learning component in the book as well. “For instance, the picture book on Raja Ravi Varma that was published in 2021 is more than just a short biography of the artist. The story is framed from the perspective of a young narrator and there are two narrative threads in the book. Children read about Raja Ravi Varma and are introduced to his masterpieces by him. They also have an opportunity to question their own artistic style, aspirations and view of the world.”

Shobha will soon have a book published by HarperCollins. “This picture book for children is about a day in the life of a temple elephant called Parvati, and the story is written in verse,” she says.