Through public events and exhibitions, connect with the UW community every week!

Historians and cultural critics often identify “exploiting hate” as the primary affective mode of propaganda. Particularly in the context of war, manufacturing a clear division in militarist propaganda between valorous “us” and demonized “them” seems axiomatic. An examination of kamishibai (literally, paper theater), one of the most widely disseminated forms of propaganda in 1930s and 1940s Japan, reveals a few examples that fit this pattern, but a far greater number constructed around a very different affective structure. We see the dangerously persuasive power of “exploiting love” in kamishibai plays, both those created for mobilizing and militarizing the Japanese home front and those created to assimilate and exploit the farflung inhabitants of imperial territories. This presentation, sponsored by the Department of Asian Languages ​​& Literature looks at the illustrations and scripts of kamishibai plays performed in Japanese, Korean, and Chinese between 1938 and 1945 to trace patterns of affiliation, attachment, and love used in the service of marshalling support for Japan’s war in Asia. 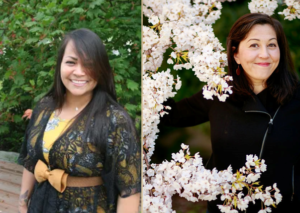 the Department of American Indian Studies at the University of Washington hosts an annual literary and storytelling series. Sacred Breath features Indigenous writers and storytellers sharing their craft at the beautiful wǝɫǝbʔaltxʷ Intellectual House on the UW Seattle campus. Storytelling offers a spiritual connection, a sharing of sacred breath. Literature, similarly, preserves human experience and ideals. Both forms are durable and transmit power that teaches us how to live. Both storytelling and reading aloud can impact audiences through the power of presence, allowing for the experience of the transfer of sacred breath as audiences are immersed in the experience of being inside stories and works of literature.

BOOK LAUNCH: Menace to Empire: Anticolonial Solidarities and the Transpacific Origins of the US Security State 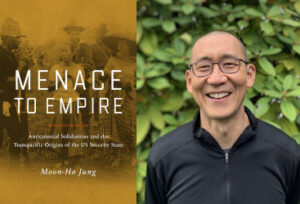 Please join the Harry Bridges Center for Labor Studies as we mark the release of Professor Moon Ho Jung‘s new book, Menace to Empire: Anticolonial Solidarities and the Transpacific Origins of the US Security State (University of California Press).

Menace to Empire transforms familiar themes in American history. This profoundly ambitious history of race and empire traces both the colonial violence and the anticolonial rage that the United States spread across the Pacific between the Philippine-American War and World War II. Jung argues that the US national security state as we know it was born out of attempts to repress and silence anticolonial subjects, from the Philippines and Hawaiʻi to California and beyond.

The program will feature a book talk by Professor Jung as well as comments by Professor Linh Thủy Nguyễn (UW American Ethnic Studies). For more information on the book, visit the University of California website. 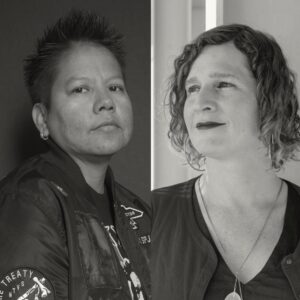 Join Imagining Trans Futures for a talk and conversation between micha cárdenas and Percy Lezard, moderated by Hexe Fey, on trans of color poetics in dialogue with glitch aesthetics and feminism and radical relationality as an intervention in 2 spirit, Indigiqueer Futurities.

The event will be taking place on Zoom and is part of the Imagining Trans Futures Crossdisciplinary Research Clustera tri-campus trans studies research cluster bringing together cross-disciplinary scholars, artists, and leaders in conversation around imagining trans futures and the intersections between critical trans studies and trans knowledge production both inside and outside of the academy.

The talk is free and open to the public and funded by the Simpson Center for the Humanities at the University of Washington. The Zoom link will be shared the morning of the event. 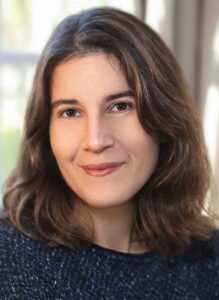 In the 2022 Samuel and Althea Stroum Lectures in Jewish Studies, Lila Corwin Berman, professor of history at Temple Universitywill look at “the Jewish Question” — the question of how modern nations incorporate Jews — in the United States, exploring the shifting nature of American Jews’ citizenship and civic status across US history.