The penultimate ADCC Trials event is now complete and the total amount of competitors confirmed for Worlds in September stands at over 85%.

Read on for a breakdown of who won the Trials, along with a recap of a highly significant gi jiu-jitsu event that has serious implications for the IBJJF World Championships next month.

Don’t forget to watch the Grappling Bulletin podcast, every Monday at 4pm ET. Watch it on FloGrappling.com or the app, or catch it LIVE on YouTube. 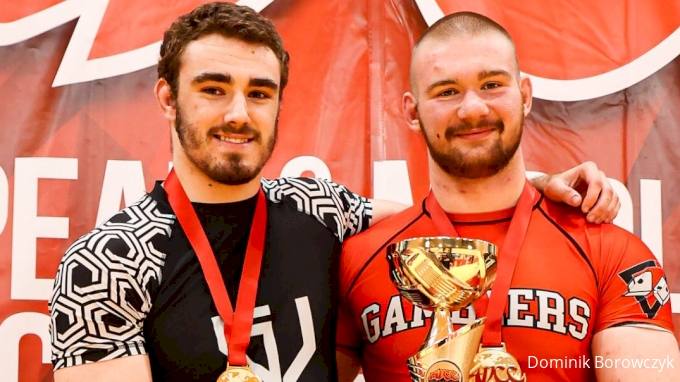 Seven more competitors confirmed their participation at the 2022 ADCC World Championships later this year. The Trials in Poland, which gave grapplers from Europe, the Middle East and Africa a chance to qualify, attracted competitors from places as far apart as Iceland and South Africa.

The standout performances included that of Tommy Langaker of Norway. He rarely competes in no-gi competition – this is only his second no-gi tournament in four years – but he came in well-prepared and earned four submissions in seven matches in the hyper-competitive 77kg division, including an RNC against the dangerous Mateusz Szczecinski in the final. Langaker’s not done with the gi now he’s an official ADCC competitor – he says he’s going to compete at IBJJF Worlds in June.

New Wave Jiu-jitsu put another two competitors into the world championships with Luke Griffith of South Africa qualifying at -99 kg and “Big Dan”, aka Dan Manasoiu, a dual national US-Romanian earning a place in the +99 kg division. That gives the team a total of seven representatives at at ADCC in September, with Garry Tonon at -66kg, Oliver Taza at -77kg, Giancarlo Bodoni at -88kg, Nicholas Meregali and Luke Griffith at -99kg and Gordon Ryan and Big Dan at + 99kg.

Sam McNally became the second-ever Irish grappler to qualify for ADCC. He tore through the under 66 kg division winning five of six matches via submission. The Dublin-based grappler utilized a mix of arm and leg locks to take the gold. Julia Maele became the second Norwegian at this event to qualify, winning the under 60 kg division, beating the South African opponent Peyton Letcher via decision in the final. Cyprus qualified their first ever representative in the women’s +60 kg division with Eleftheria Christolou beating Ane Svendson of Sweden in the final. Finnish grapplers have a long and rich history of competing at ADCC and Santeri Lilius became the third Finn to punch his ticket to the 2022 Worlds following his countrymen Perttu Tepponen and Heikki Jussila, victorious at the previous trials events, and the invited Elvira Karppinen. 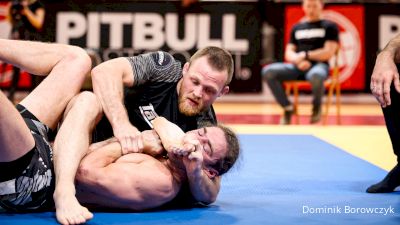 Now that Tommy Langaker has qualified for ADCC there is the very real chance that he could face off with Mica Galvao, who won the 77kg division in the ADCC South American Trials in February. This sets up a potential clash between two of the sport’s hungriest submission hunters, and all-around most entertaining grapplers. We can only hope they land on the same side of the bracket.

In total, the countries qualified at the most recent ADCC Trials include Ireland, Norway, Finland, South Africa, Romania and Cyprus. This adds plenty of international flavor to an already-diverse event. There is only one more Trials event to take place, which will allow Asian and Oceania-based grapplers to qualify. That takes place in Sydney in July. Nicholas Meregali (pictured above), Mica Galvao and Mason Fowler were among the stars of the Brazilian National Championships that took place over the weekend in São Paulo, Brazil.

All three submitted their opponents in the finals with Meregali tapping out Fellipe Andrew, Galvao winning the middleweight division with a stunning armbar against Servio Tulio, and Mason Fowler submitting Pedro Alex Pimenta to become only the third American male to win a black belt Brazilian national championship title. 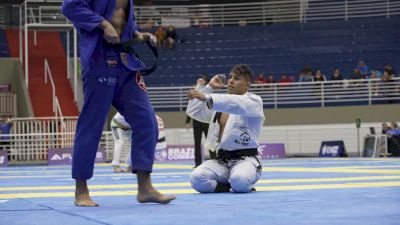 Incredibly, all three of the above names won their divisions with 100% submission rates. Meregali looked more relaxed than ever, clearing out the line-up at super-heavyweight with ease. Mica Galvao’s razor-sharp technique was on full display, and Mason Fowler earned the admiration and respect of the passionate Brazilian audience thanks to his dynamic attacking jiu-jitsu. Other standout performances include:

Praise be – not one single blackbelt final at the IBJJF Brazilian National Championships ended via close out! Fans were treated to an event full of dynamic, submission-focused jiu-jitsu that highlighted some of Brazil’s most talented grapplers. Let’s hope that momentum continues into Worlds.

The Countdown to IBJJF Worlds

Somewhat overshadowed by the events in Soo Paulo and Poland was the IBJJF San Diego Open, one of the last possible chances for black belts to gain the necessary points that would allow them to qualify and compete at the upcoming world championships. Standout results include that of Adam Wardzinski, taking double gold, and Jonatha Alves, who won the stacked lightweight division.

For the start of the 2022 Road to Worlds, we kick things off with Nicholas Meregali and Gordon Ryan training IN THE GI at New Wave! More videos coming soon…

2022 Road to Worlds Vlog: Nicholas Meregali and Gordon Ryan Train In the Gi Watch training rounds from inside Dream Art in Brazil:

Watch the IBJJF World Championship contenders prepare for the biggest gi competition of the 2022 season with a mix of techniques and hard training rounds – click here for the full collection.