Antibodies are defensive molecules, part of the body’s adaptive immune response to pathogens. How are they involved in harming the same host they are produced by to defend it against foreign bodies and organisms?

Several types of antibody-mediated diseases are known. Some are thought to be adverse effects of vaccination, which is logical since vaccines, by definition, cause their effects via stimulation of the immune system. For instance, individuals may have idiosyncratic reactions to vaccines.

Vaccines can sometimes cause disease enhancement when the virus circulates as multiple serotypes or as neutralizing titers wane. It is important to note that antibody dependent-enhancement (ADE) has never been proven, and its clinical relevance remains to be established.

Antibodies may also develop against self-antigens in the body due to their linkage with or modification by another non-self antigen or their close similarity with a foreign antigen. These autoantibodies act in various ways: mimicking receptor stimulation, blocking neural transmission, triggering abnormal signal pathways leading to widespread coagulation within the microvasculature, breakdown of immune cells, activation of neutrophils, and hyper-inflammatory responses. 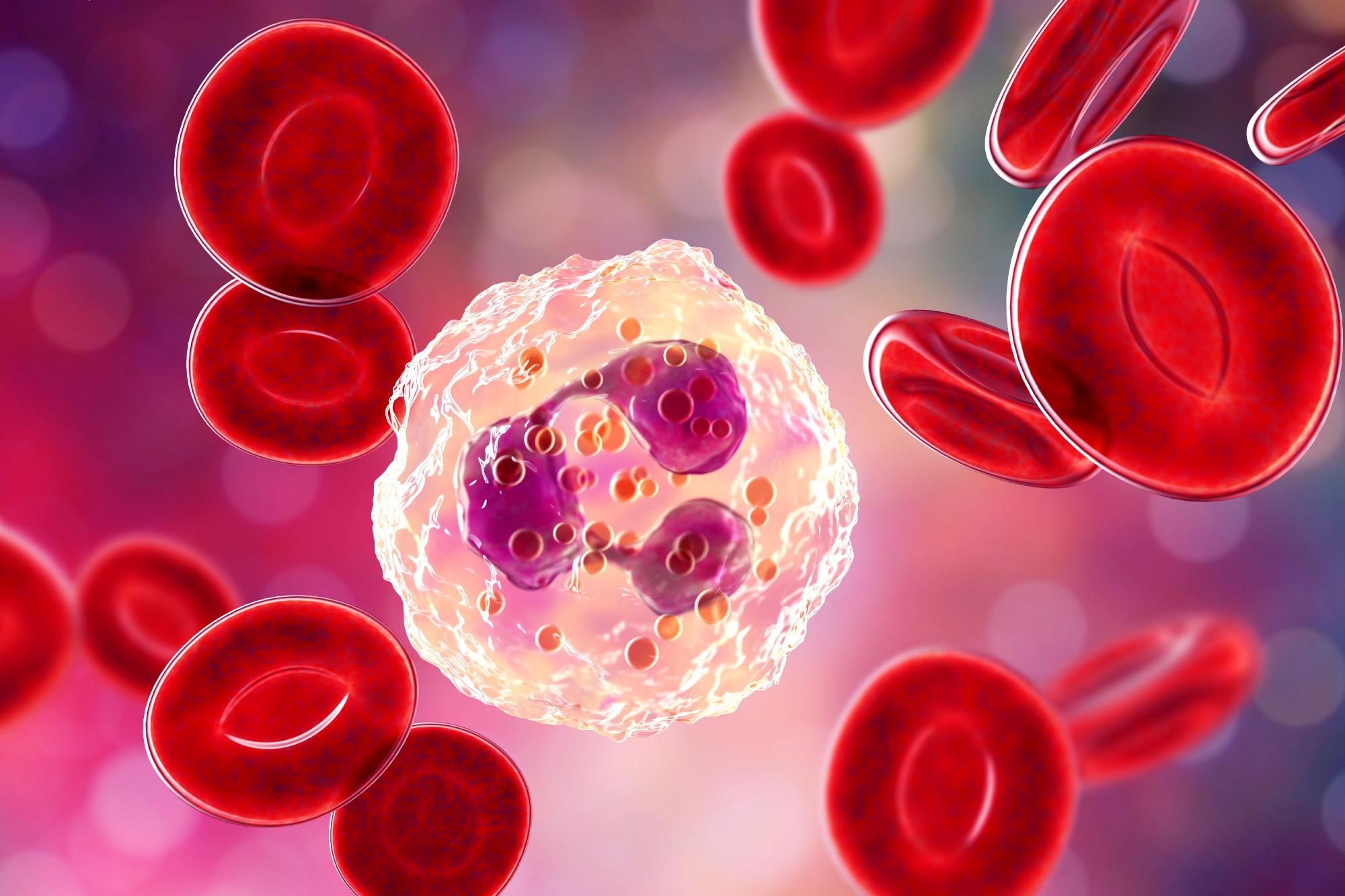 Pathological immunological reactions to antigens that are not always noxious in themselves are classified as type I through type IV: type I, immediate hypersensitivity, including anaphylaxis; type II, tissue antigen-antibody reactions; type III, Arthus-type reaction, due to immune complex (antigen-antibody complex) deposition in tissues, followed by complement and leukocytes; and type IV, delayed-type hypersensitivity, mediated by T lymphocytes and macrophages.

Allergies are also inflammatory disorders with an immunological origin but do not involve tissue destruction; rather, the body overreacts to harmless substances. Conversely, with autoimmune disorders, tissues and organs are destroyed by the immune cells that react to them as if to a pathogen.

Anaphylaxis is an extreme, sudden, potentially fatal systemic immunologic reaction mediated by the bioactive molecules released from mast cells and basophils. Such mediators include histamine, platelet-activating factor, and arachidonic acid metabolites. The reaction is triggered via antigen binding to the immunoglobulin type E (IgE) antibodies on the mast cells and basophils, for the most part, though other Ig classes can also participate on occasion.

In the latter case, antigen-antibody complexes that activate the complement system are formed, with complement components triggering mediator release from basophils and mast cells, most typically after intravenous entry of an antigen.

The chemical mediators enter the circulation and are responsible for the systemic nature of the reaction. However, the rate of formation of IgE in response to the antigen may vary, as may the entry of the antigen into the circulation. As a result, the symptoms of anaphylaxis may be delayed for up to four hours from the vaccination or other exposure, which is typically following prior exposure to the same or another very similar antigen.

Physiologically, anaphylaxis is triggered by fluid leakage from blood vessels, vasodilatation, and smooth muscle contraction in certain locations, causing edema, laryngospasm, bronchospasm, hypotension, and cardiovascular collapse. Either the first or the second set of symptoms is sufficient to cause death if not promptly and adequately treated.

Here the tissue antigen is either cross-reactive with an antibody formed in response to a food- or pathogen-borne antigen. Alternatively, the antigen has been altered, making it reactive to the antibody. This triggers complement activation, which causes inflammation in the tissue of deposition. The result is tissue damage.

Immune complex deposition in the presence of excess antigen occurs in blood vessel walls, causing organ damage over up to 16 hours if antibody levels are raised, or over several days as in serum sickness, in proportion to rising antibody levels with the persistence of the inciting antigen. The inflammatory reaction in the blood vessel wall is mediated by neutrophils and complement and may trigger massive tissue damage.

This type of reaction is found locally after repeated immunization when circulating IgG levels are already high. The site is painful and indurated, but the process resolves spontaneously over a few days. By allowing antibody levels to wane, as by increasing the spacing between doses, this reaction can be reduced.

This is cell-mediated and leads to lymphokine release, infiltration by macrophages with a positive feedback loop resulting in increased immune system stimulation. The neurological adverse effects of vaccination, in the current scenario, may be due to type IV reactions.

Vaccines given in tandem can cause a reduction in immune activation, theoretically, because of the potential immunosuppressive effect of certain vaccine constituents. While most studies to date have not shown evidence of this effect, in the form of increased infections after immunization with the diphtheria-tetanus toxoid-pertussis (DTP) or measles vaccines, for instance, uncertainty lingers. Further research will be required to rule out this possibility after vaccination.

With the coronavirus disease 2019 (COVID-19) pandemic, the vaccine has been suspected to be capable of causing ADE of disease. The severe acute respiratory syndrome coronavirus 2 (SARS-CoV-2) virus certainly does take advantage of its binding to antibodies on the surface of phagocytic cells such as dendritic cells and macrophages by using the antibody Fc portion for cell attachment to jumpstart its infection of such cells.

The administration of antibodies, either therapeutic monoclonal antibodies or convalescent plasma, or B cell vaccines, could carry the risk of worsening disease severity in case breakthrough infection occurs. In contrast, B cell vaccines that disrupt virus spike-mediated host cell fusion are likely to present little, if any, risk of ADE because they act via steric hindrance. Conversely, antibodies that target other parts of the spike may have neutralizing activity and yet allow infection of phagocytic cells.

Phagocytes express specific antibodies to help eliminate the virus via antibody-mediated recognition and phagocytosis. As observed with earlier coronaviruses, the virus may infect monocyte-derived macrophages (MDMs), monocyte-derived dendric cells (MoDCs), and T cells. When the virus binds these phagocytes, they release chemokines that recruit additional but immature dendritic and macrophage cells.

However, these are vulnerable to infection, causing a potential amplifying cascade of phagocyte infection and macrophage accumulation. This causes a cytokine storm as high concentrations of chemokines are released, resulting in severe or critical disease. The excessive cytokine levels also lead to a dysregulation of adaptive immunity, shifting the response towards a hyper-inflammatory profile.

Peripheral T cells are markedly reduced in these patients, with both CD4 and CD8 cells involved. T cell apoptosis may occur. The impaired immune response and the possible extensive spread of the infected phagocytes in the body, with high viremic levels, can cause more severe disease.

ADE is the result of binding non-neutralizing antibodies that recognize but do not prevent infection with a pathogen, instead of providing a landing place for it to enter and infect the host cell. Thus, the antibodies generated by the vaccine promote viral spread to a larger number of cells than it could have done on its own, leading to the appearance of more severe illness in the unvaccinated person than in the vaccinated.

Many viruses with a risk of vaccine- or infection-associated ADE fuse with the host cell membrane during the process of infection. In fact, the earlier SARS-CoV vaccine was hindered by the demonstration of immunologic lung disease in breakthrough infection, with the clinical phenotype taking a turn for the worse as antibody class switching occurs and immunoglobulin G (IgG) appears in the blood.

With the COVID-19 vaccines, ADE has not been demonstrated, and most people infected after vaccination show mild or asymptomatic infection. Certain vaccine candidates against the respiratory syncytial virus (RSV) and measles vaccines showed features of severe disease in infected children with a prior vaccination history and were never approved or were withdrawn immediately afterward.

However, the presence of ADE has never been demonstrated, and it should not be pleaded without establishing its clinical relevance. This is all the most important in that monoclonal antibodies have long been used to prevent disease in high-risk children, while influenza antibodies are present in almost all people yet cannot protect against the novel strains that emerge each year.

If ADE were as easy and as widespread as its proponents suggest, these cross-reactive antibodies would not provide even partial immunity, which, however, is the norm, while ADE has not been reported in this annual epidemic.

Autoantibodies are implicated in a host of autoimmune diseases. Autoantibodies are antibodies that are reactive to self-molecules in healthy people. They belong mostly to the IgM class and provide primary defense against infection while maintaining homeostasis.

In contrast, pathologic IgG autoantibodies have a high affinity for self-antigens and show evidence of somatic hypermutation, indicating that their role in cell clearance, cell effector functions, and antigen-receptor communication is abnormal. In some cases, the presence of specific autoantibodies before clinical symptoms make their appearance serves as a biomarker for prediction and early preventive measures.

Both systemic and organ-specific autoimmune diseases are known, with systemic lupus erythematosus and myasthenia gravis being respective examples. In the first case, autoantibodies bind to the target organs and cause damage, while in the latter, autoantibodies bind to multiple molecular and antigenic targets to form toxic immune complexes. These activate not only complement but also Toll-like receptors within the cell.

The latter process causes a type I interferon response or cell activation and cytokine production, depending on the type of dendritic cell involved. The production of immune complexes may thus set a positive feedback loop into motion to result in hyper-inflammation.