Growing up in a South Asian country in the 21st century, my idea of ​​the Second World War was of a distant, European catastrophe that had little to do with the history of my homeland. This notion changed slowly, as I became aware of the millions of Indian soldiers who had fought in the two world wars. The impact of World War II, however, went much beyond the contributions and experiences of soldiers and the stories and baggage they brought home. As Yasmin Khan points out in the context of India in her brilliant book The Raj At War, with the Second World War, colonial rule lost all legitimacy in the minds of millions of subjects of European empires.

I have written about how historical settings have become increasingly common in acclaimed works of fiction, and the place of war stories therein. Within the corpus of historical fiction about World War II, there are books that try to unpack the trauma of civilian experiences in Asia during this period, providing an enlightening and liberating glimpse into stories of individual lives that added up to the momentous change that some of these regions witnessed after the war. As we continue to grapple with the consequences of colonialism and war, even as we see new wars unfold around us in the present day, these books offer an important opportunity for introspection and for understanding our roots. When read together, they also help us find shared threads and reverberating themes in our histories, which enable us to place our understanding in the broader context of the world.

The Flight of the Masters

World War II, more extensively than World War I, brought European war to Asia’s shores. Regions ruled by colonial governments of Allied countries were invaded by Axis powers. Despite milking the colonies for resources and manpower, these governments largely failed to protect these lands from the threat of invasion, and civilians were often left to fend for themselves in the face of military onslaught. Wartime propaganda left them in the dark about the real extent of the threat.

A poor daily wage laborer from Singapore in Jing-Jing Lee’s How We Disappeared is confident of the British colonial government’s ability to defend the people from Japanese bombing, even as colonial rule destroyed lives and livelihoods. A rich Chinese rubber planter in Malaysia in The Garden of Evening Mists by Tan Twan Eng also fails to fathom the gravity of the situation until it is too late to protect his family from him. In The Miraculous True History of Nomi Ali, the British authorities on the Indian Andaman islands carry on with the daily torture of the prisoners in the cellular jail and the lavish parties on Ross Island, even as war raged around them. When war finally reaches these places, the colonizers are evacuated — the British from Singapore and Andaman, or the Dutch from Indonesia in Eka Kurniawan’s Beauty is a Wound.

The Question of Privilege

How We Disappeared, The Garden of Evening Mists, and Beauty is a Wound explore how women have to bear the brunt of the worst excesses of war. The main characters in these books are completely robbed of their agency, but they survive in the widely varied but similarly limited circumstances they face after the war. Judge Teoh, who had been taken prisoner when the Japanese invaded Malaysia in The Garden of Evening Mists, dedicates herself to prosecuting war criminals and building a memorial for her deceased sister. Wang Di in How We Disappeared cannot afford revenge. She has to struggle to make ends meet before and after the war — she suppresses the trauma of her wartime experiences and endures with the help of the quiet love she shares with her husband de ella.

These books also depict the divisions of class, ethnicity, caste, and believe that divided — and still divide — Asian societies. Wang Di talks of the hardships of workers in rubber plantations who are paid a pittance for back-breaking work, while the affluent main characters of The Garden of Evening Mists only see rubber tappers with casual condescension and as collaborators of Communist Terrorists. In A Miraculous True History of Nomi Ali, the penal colony on the Andaman Islands is sustained by a complicated and dynamic pecking order of oppression. These stories warn us of the destructive power of division, but also celebrate the kindness and empathy that can be found once they are overcome. The characters in these are sustained in times of extreme adversities by unlikely friendships, strong family bonds, and unexpected acts of kindness.

Of Accountability and Closure

The prosecution of Nazi war criminals in the Nuremberg trials is widely known. Wartime leaders of Japan were tried for crimes against peace in the less well known Tokyo War Crime courts, even as American bombing of Hiroshima and Nagasaki killed civilians and made them suffer for generations to come. Post war leaders of both Germany and Japan have performed symbolic acts of apology in Warsaw and Seoul respectively. Prosecution of some perpetrators and symbolic gestures do not absolve the guilty of the responsibility of their crimes, neither do they take away the trauma of their victims who have to live with the consequences of the violence unleashed upon them. Acknowledgment and accountability, especially when the perpetrator is in a position of power, make it easier for the generations living with inherited trauma to understand and come to terms with it.

The experiences of the subjects of western colonial empires in Asia in global conflicts have been shaped by colonialism. Even though colonial exploitation has molded the histories of many Asian countries and has had an active role in the genesis of conflicts they are still grappling with, countries with colonizing pasts are still largely unapologetic. Historical fiction books can provide an empathetic lens for the privileged to examine the source of their privilege and its historical human costs.

Sign up for our weekly newsletter about historical fiction!

Content warning: All the books I talk about here explore the horrors of war, and reading about war is difficult. The books contain discussions of violence, including violence against women and children, sexual assault, and death.

The Andamans are a group of Indian islands in the Bay of Bengal. The colonial British government sought to establish a penal colony on the islands, and it is the site of the infamous cellular jail that Indian political prisoners were exiled to. The Andaman Islands are the only piece of Indian land which was occupied by the Japanese during the Second World War, and during the occupation, became one of the first places where the Indian national flag was hoisted on land free of British rule. This book is a masterful chronicle of the tumultuous years of the war on the islands told from the points of view of several characters — including the two children of a convict exiled to the islands, a Burmese boy whose family made the islands their home over multiple generations, and an unnamed woman political prisoner from the mainland. 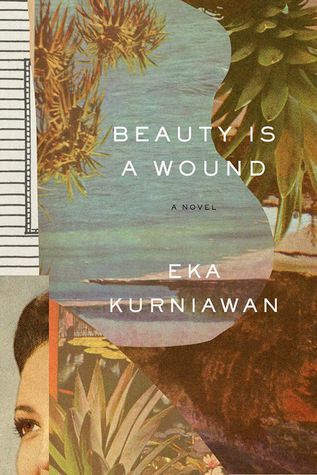 Beauty is a Wound by Eka Kurniawan, translated by Annie Tucker

Beauty is a Wound follows Dewi Ayu, a beautiful Dutch-Indonesian woman forced into prostitution during World War II, and her family. Through their story the history of Indonesia unfolds — from Dutch colonial rule, to Japanese occupation during war, to the struggle for independence. The book is beautifully written, and uses fabulism to present a poignant reminder of the lasting impact that political violence can have on the lives of common people. The women in this book suffer through unspeakable violence, but the author does not rob them of their agency from her. Their resilience is celebrated, as are the bonds between them. 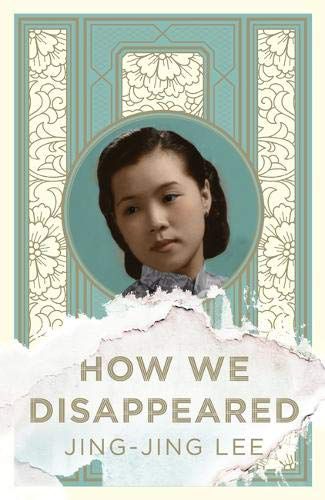 How We Disappeared by Jing-Jing Lee

This book is the story of Wang Di, daughter of a poor daily wage laborer in rural Singapore, and of how her life changes when World War II comes to the island. The narrative jumps back and forth in time between the 1940s and the early 2000s, and between the points of view of Wang Di and 12-year-old Kevin who is trying to decode his grandmother’s last confession from him. The narrative talks about the hardships of war with grace and empathy, and celebrates the kindness and compassion that helps its characters survive through it all. 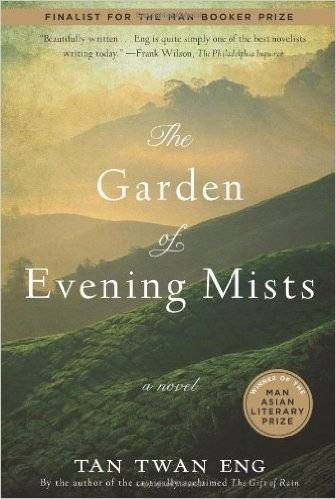 The Garden of Evening Mists by Tan Twan Eng

After the Second World War, Yun Ling Teoh helps prosecute Japanese war criminals in Malaya. After completing her law degree at Cambridge, she moves to northern Malaya to learn the art of Japanese gardening from the reclusive Aritomo, who used to be a gardener to the Japanese emperor. Motivated by the desire to build a memorial for her sister who was killed during the war, Yun Ling must face her past and examine her prejudices about her. This novel is also an interesting window into the complex equations that are results of war and colonialism, between diverse groups of people, including plantation owners, workers and soldiers of various ethnicities, British officials, and guerilla fighters hiding in the jungles — all cloistered together in the hilly and wild environments. 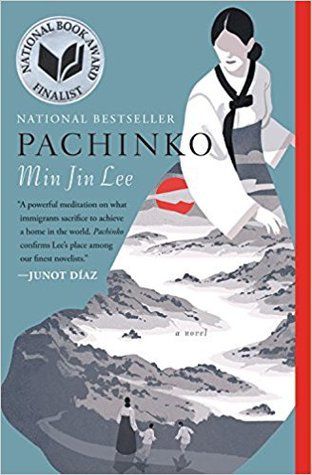 This widely acclaimed intergenerational novel about a Korean family’s experiences in Korea and Japan also covers the duration of World War II. It offers a unique perspective on the war and the bombing of Hiroshima and Nagasaki — that of Korean immigrants in Japan who already face discrimination and ostracization. 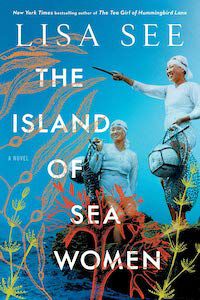 The Island of Sea Women by Lisa See

This book is set on the Korean island of Jeju. It follows two women who are part of their village’s all-women diving collective. As the country goes through the Japanese occupation, the Second World War and its aftermath, and the Korean war, their friendship is put to test. This book is another fine example of the chronicling of a region’s history through the stories of individual lives.

As fellow Rioter, Ann-Marie Cahill, points out in the context of the First World War, there is never a good time to read about war. But in order to understand our present, we must engage with the momentous events of our past in all their complexities and provide a space for diverse voices to be heard.