Writer Alan Shipnuck said he has no vendetta or ill will toward Phil Mickelson, and no regrets for backlash he has facedamazon.com

Writer ALAN SHIPNUCK‘s life has “been a whirlwind” since he released an excerpt from his book “PHIL: THE RIP-ROARING (AND UNAUTHORIZED!) BIOGRAPHY OF GOLF’S MOST COLORFUL SUPERSTAR” detailing PHIL MICKELSON‘s “life and desire to be a part of a Saudi-Arabia-backed rival golf tour,” according to John Devine of the MONTEREY HERALD. Shipnuck said he “knew the excerpt would provide discussion and some controversy,” but “never imagined the level of blowback on Phil.” Requests for interviews from news outlets all over the world “have not stopped for Shipnuck since the excerpt was released.” Another excerpt was released last week detailing that Mickelson had “allegedly lost $40 million gambling.” Shipnuck: “It’s 90% nerve-racking, As a reporter, you never want to be the story.” Shipnuck also has had to “deal with those that are defending Mickelson.” But he has gotten a “lot of support from players and officials in the golf world.” Shipnuck: “There’s a small vocal minority that defends Phil. But I’ve had at least 15 major people in the game, from players to agents that were very supportive and thanking me for telling the world what Phil was up to.” Shipnuck “made it clear he has no vendetta or ill will toward Mickelson.” The backlash Shipnuck has faced has been “met with no regrets” (MONTEREY HERALD, 5/12).

THE PERFECT STORM: PR firm CRPR Group Owner CHRIS REIMER, a former PGA Tour communications manager with experience in facilitating media availabilities for players, said the build-up to the book’s release has been “‘a perfect storm’ of events that have made the hype the most intense for any golf book he can remember .” Reimer: “It’s been an amazing mix of timing, starting with Phil winning the PGA last year and everything going in with LIV Golf. Phil would be a fascinating study anyway, because of the electrifying player he’s been, his flair, everything he’s done for But take all of that, plus the events that have happened, and it all adds up to make the run-up to this book really unique.” Reimer said that Shipnuck and his publisher “could n’t have scripted it any better.” Reimer: “When you’re developing a PR campaign, there are key ‘tent post moments.’ You want to stay relevant, build anticipation and stay in the news Phil’s comments about LIV Golf, then missing the Masters, the question of whether he’s playing the PGA next week … the story keeps perpetuating itself and you want that in the PR world” (FLORIDA TIMES-UNION, 5/16). 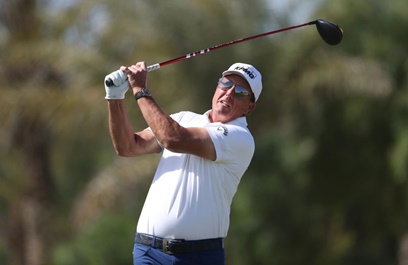 SEEKING ANSWERS: GOLFWEEK’s Adam Schupak writes the book seeks the “answer” to “who is the real Phil Mickelson.” Mickelson has “always been the proverbial riddle wrapped in a mystery inside an enigma.” But by the end of this “page-turner” one will have a “better idea” who Mickelson is. His fanbase “will find reasons anew to adore him even more” while his “detractors will find fresh ammo to argue that he’s one of the all-time phonies.” The opening chapter sets a “wonderful pace going from one outrageous story to another.” It feels like Shipnuck “gathered a bunch of Phil’s acquaintances around a campfire” and they are “dishing their best of collection of Phil tales.” The book is a “Breezy read, weighing in at just 239 pages.” Shipnuck “easily could’ve written another 50, 75, … 100 more pages and readers surely would have eaten them up like cat nip.” Shipnuck presents both the “good and bad” of Mickelson and “leaves it to the reader to decide where they come out in the end” (GOLFWEEK.com, 5/16).