Several queer female authors have emerged in recent months to publish astoundingly impressive works of fiction. Each of the books profiled here are memorable, beautifully written, and well worth searching out for their resonant themes and their intensive imaginative representation of the female condition.

torturous odyssey
Beginning with a bang is the powerhouse debut, “A Tiny Upward Shove” from queer Filipina author Melissa Chadburn. Her novel by Ella rips the festering scab off the emotional and physical wounds of so-called “throwaway” girls whose lives are destroyed by violence and mayhem.

The title comes from a scene between a Filipina girl named Marina Salles and her mother who both attempt to rescue a bird from a water heater drain but instead crush its legs and wings to “help a hurt thing on its way — a tiny upward shove. ”

This kind of cruelty permeates the very essence of Chadburn’s narrative as Marina’s odyssey, from her pained and caged perspective, can be difficult to read and even more torturous to imagine in real life.

The tale is told through the brutality of its characters evident from the opening chapter describing Marina’s murder at the hands of a homicidal pig farmer named Willie Pickton. Pickton’s character is based on the real-life Canadian serial killer of the same name who, in 2002, was given a life prison sentence for the murders of six women, though he confessed to slaughtering a total of 49 victims.

The novel incorporates the narrative voice of a Philippine folkloric character called an “aswang” and this lends the story an even more foreboding quality as Marina and her drug-addled mother relocate to southern California when the girl is just a young teenager and is raped at to party.

Needless to say, the extreme neglect and endangerment Marina endures puts her in foster care where, despite falling in love with a girl named Alex, a new collection of demons lay in wait to usher her into a dark world of horrific abuse and exploitation. Among these specters is Willie, who preys on drug-abusing, vulnerable women.

Readers be forewarned: while this is not a sunshiny read, it is one that is merciless in its exacting detail of abuse and torment as well as its floating moments of innocence, grace, and beauty. These nuances compliment the book’s moving depiction of a young Filipina woman’s life submerged in darkness and trauma but with enough pinpricks of light peeking through to make survival a desperately remote but very real possibility. 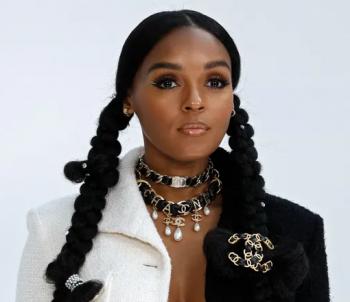 Afrofuturism
As a self-described lover of everything science fiction, singer Janelle Monae has crafted a terrific new collection of stories called “The Memory Librarian,” based on her 2018 Grammy-nominated concept album and short film, “Dirty Computer.”

There are five tales in all, collaboratively co-authored with a different writer. Each explores the dangers of existing in the dark shadows of an exploitative totalitarian government. In this dystopian society, cameras dot every corner and memories are “monitored” for purity and obedience, with anything deemed alternative or deviant, ie the “dirty computers,” are swiftly wiped clean.

The title story, written with Alaya Dawn Johnson, probes how a high-ranking Director Librarian grapples with the identity of her lover and the contradictions that it presents. Elsewhere, stories like “Nevermind” with Danny Lore explore how a primarily women and nonbinary-populated society transitioned off the grid and continue to thrive without the restrictions of societies elsewhere.

Time plays a key role in other such as “Timebox” written with Eve L. Ewing, depicting a couple who discover extra time hidden in their pantry and then proceed to argue over how to distribute it between them.

Monae, who openly considers herself queer, presents this collection as a freeform example of the power of expression and freedom and explores this theme of liberation from a variety of angles: queerness, non-binary, love, gender fluidity, human connection, and queer Afrofuturism. 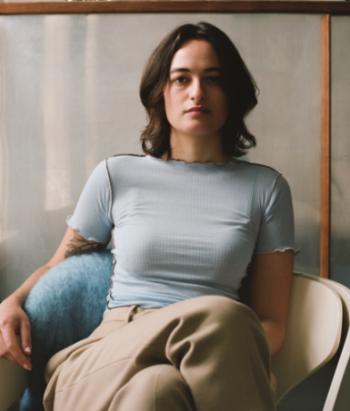 sexy, kinky
The female protagonist in Lillian Fishman’s debut novel “Acts of Service” is not a product of her environment, as Marina and Monae’s characters are, but a mere byproduct of provocative circumstances she’s decided to dip her toes into.

Eve’s sturdy lesbian relationship with girlfriend Romi is fulfilling, but as a frisky bisexual, she still stealthily yearns for the kind of action you keep under wraps from your significant other by deleting your text messages on the daily.

In a kind of personal dare to herself to see how much attention she can attract, Eve posts a naked selfie online and duly elicits the attention of Olivia, who then suggests she meet her partner (and boss) Nathan.

Both Olivia and Nathan are seductive, kinky, and cunningly manipulative, playing sexual games that draw Eve in like a magnet. She then introspectively ponders the nature of her actions de ella and how this delicious menage a trois can be guiltlessly indulged while remaining on the down-low from her girlfriend de ella.

These three provocative books are standouts, each in their own way, and are works of feminine literary art to be applauded.