World War I is one of America’s most forgotten wars, says Chris Isleib, a retired Navy captain with nearly 30 years in service. When he began recruiting volunteers for the United States World War One Centennial Commission starting in 2013, he’d ask each person if they had a family member who served in the conflict.

“Hardly anyone knew,” Isleib says. Although the US mobilized more than 4 million men and women and lost nearly 120,000 soldiers during the war, there had been no official memorial built at the nation’s capital in the 100 years since the conflict.

It took effort from people like Isleib, who served as director of public affairs for the Centennial Commission, to secure land and funding to build a memorial.

The National World War I Memorial opened in April 2021 on the site of Pershing Park in Washington, DC, named for John J. Pershing who served as General of Armies during the war. (Photo: Courtesy of US WWI Centennial Commission.)

In April 2021, the site was first opened to visitors. In 2024, the installation of a 58-foot bas-relief by the artist Sabin Howard will mark its completion. The sculpture, titled “A Soldier’s Journey,” depicts the experiences of those who served.

It was a fitting accomplishment for Isleib, who graduated from the USC Dornsife College of Letters, Arts and Sciences with a degree in creative writing in 1986. He’s spent his career telling the stories of the military, from Hollywood to the Pentagon, to make sure they don’t get lost.

“It’s always been important for me to tell good stories about our troops, stories about their moral courage, physical courage and integrity,” he says. 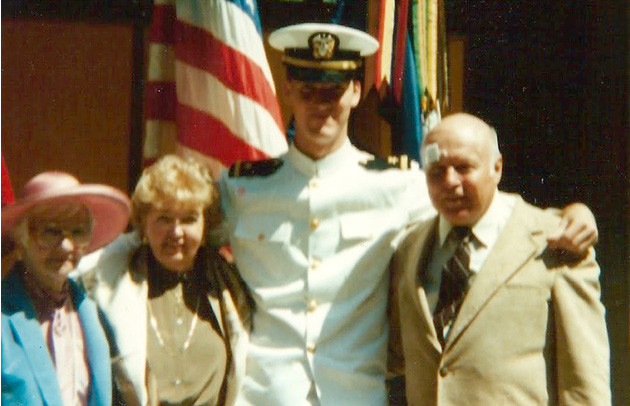 Isleib graduated from USC Dornsife in 1986 with a degree in creative writing. (Photo: Courtesy of Chris Isleib.)

Isleib’s parents both served in World War II and met while they were stationed in San Diego. A college scholarship through the Naval Reserve Officer Training Corps (ROTC) program brought Isleib from the East Coast to USC.

While at USC Dornsife, I have found a mentor in William Brown, head of the Department of English at the time and now Emeritus Associate Professor of English. Brown had been a Marine Corps officer in the Korean War.

“I could just walk into his office and ask a question,” says Isleib. “He knew me by name and he was inspiring me in a thousand different ways.”

After graduation, Isleib received training in driving naval ships in Newport, Rhode Island, then was assigned to the USS Iowa, which is now a floating military museum at the Port of Los Angeles in California.

“It was the president’s flag ship, so it was very much a showboat. We’d have distinguished visitors, but she it was also a working battleship, and hard work, too, ”says Isleib. “I was in charge of a 100-person division, with guys looking up to me. I do feel like the USC experience really trained me well for this.”

Eventually, his interest in storytelling drew him away from the sea. He received a master’s degree in communication from Boston University, then found work in the film industry in Los Angeles, writing and editing scripts.

As a member of the US Naval Reserves, he also assisted on film productions through the Navy’s Hollywood liaison office. I have consulted on movies like Antwone Fisherwhich told the story of a sailor’s relationship with a Navy psychologist, and the TV shows NCIS: Navy Criminal Investigative Service and JAG.

On Sept. 11, 2001, the World Trade Center in New York City and the Pentagon in Washington were attacked by terrorists. Nearly 3,000 Americans died.

His coworkers seemed relatively unaffected, but Isleib was shaken. “I was glued to the TV while everyone else was going into work,” he says. “I noticed a change in myself. I realized that I needed to help tell these stories now.”

He was recalled to active duty shortly afterwards and served in the Office of the Secretary of Defense, within public affairs. His position transitioned from military to civilian status in time, and he started a new career in communications with the federal government. Eventually, he was promoted to director of communications at the National Archives.

It was there that he learned about the Centennial Commission and became one of its first volunteers. The government allowed Isleib to temporarily move from his role at the National Archives to a full-time position on the commission.

Isleib helped raise nearly $50 million in private donations for the memorial and also hosted a design competition, which drew 300 applicants. Up-and-comer Joe Weishaar, fresh out of architecture school, along with sculptor Howard, submitted the winning proposal. 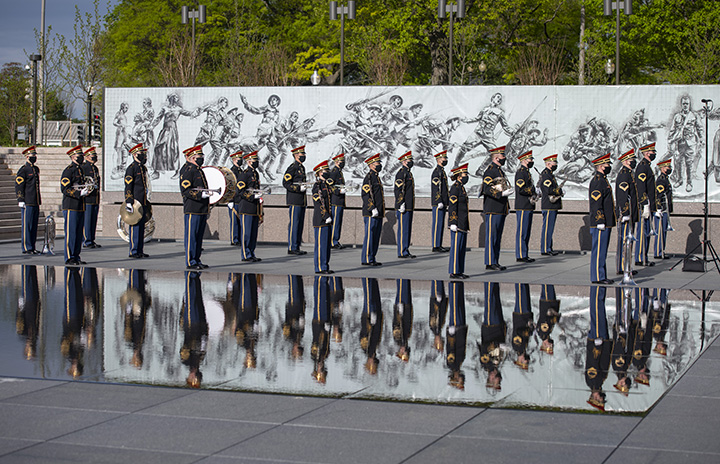 The World War I Memorial will soon display a permanent, 58-foot sculpture depicting the experiences of soldiers during the conflict. (Photo: Courtesy of US WWI Centennial Commission.)

Remembrance of things past

For Isleib, the Great War deserves considerable recognition, beyond just memorializing its fallen soldiers. It changed America’s perception of her role on the world stage and brought the country fully into the modern era.

“This was the first time that Americans had gone overseas with the idea of ​​protecting democracy,” he says. “We went from a farming country to advances like telephones, submarines, airplanes and chemotherapy by the end of the war. It was astonishing.”

Such changes also contributed to its loss of standing in history. The excitement of the Jazz Age and America’s new global prominence meant many returning soldiers were eager to focus on opportunity, not past tragedy. The outbreak of World War II, which most historians view as a continuation of the earlier war, eventually overshadowed World War I, as well.

With this new memorial, located next door to the White House, Isleib feels the conflict finally occupies space in America’s consciousness. “I think we helped put it back in the forefront,” he says.

The words inscribed on one of the memorial walls, written by the modernist poet and World War I veteran Archibald MacLeish, whose brother died in the conflict, provides a command of remembrance to those who visit: “We were young, they say. We have died. Remember us.”