Charlotte Young, director of the Camden Downtown Network, told Kiwanis Club members on Thursday that First Friday has been growing.

Vendors and businesses have been looking to join or continue to be a part of the community street-wide event meant to promote shopping downtown, Young said, and the monthly festival gets larger by the month.

But Young said she hopes for it to grow even bigger.

On Thursday, Young spoke to the members of the Kiwanis Club of Camden about some of the community activities that are taking place in the month of June, including First Friday.

Young said that since the return of First Friday following early, major COVID-19 outbreaks, the event has averaged 50 business vendors. Those numbers have grown recently, as last month there were 60 vendors.

Going into next month’s event, which is scheduled for June 3, there are set to be 76 vendors at First Friday, including sellers of fresh produce, jellies and jams, clothing, jewelry, woodwork, and more.

This month’s First Friday’s theme will be “A Slice of Summer” as the first taste of summer comes around, Young said.

Country music singer and Camden Fairview High School graduate Glenn Parker will be performing at First Friday next month. The event will feature several vendors returning, such as Young Forever from Arkadelphia. Other vendors Young mentioned that will appear for First Friday will be Bailey Botanicals, Hippie Drip and Doug Easterling. Cornhole and GellyBall games will be ongoing through next month’s event as well.

Some special vendors will also have food and treats on hand, like Kingdom Made Hearts offering Italian ice and Headbangers Creamery. Taco Shellz will be serving street tacos and Navajo fried bread. One Stop Eatery will be serving American food such as burgers and funnel cakes.

First Friday’s “A Slice of Summer” will be held on Friday, June 3, on Washington Street from 6 to 9 pm

Young said a “Back to the 90’s” fundraiser is also set for next month.

The event is scheduled for Saturday, June 18, at the Camden Country Club. Tickets are $50 and guests are invited to wear their favorite 90’s attire as they participate in 90’s-themed activities. There will be door prizes, karaoke and a DJ, Young said.

Photo By: Michael Hanich Crawfish Haven Express takes an order from a customer during a previous First Friday event. Next month’s “A Slice of Summer” First Friday is set for June 3. 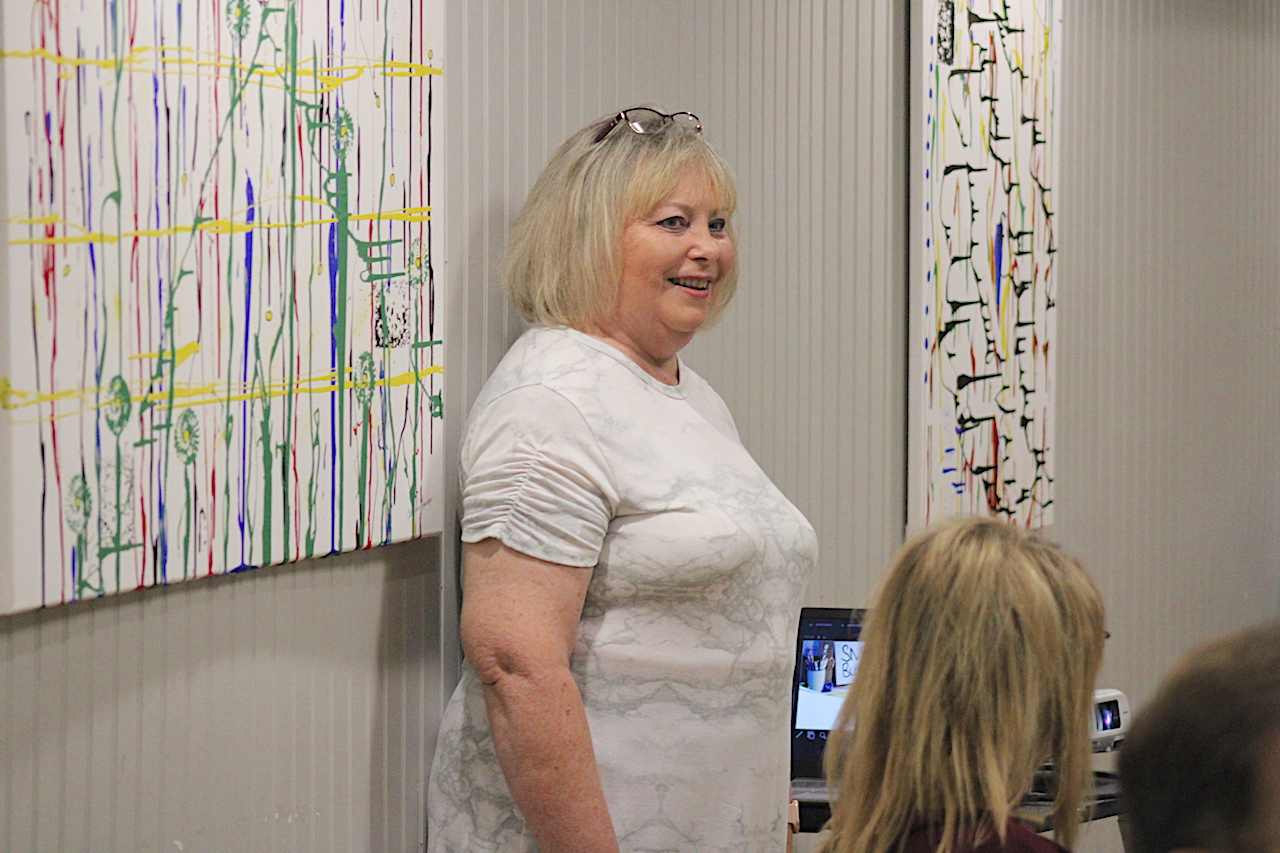 Photo By: Michael Hanich Charlotte Young talks to Kiwanis of Camden on Thursday.