Richard Spencer: keen on the chances of Revich

Oh This Is Us will be having his 88th start in this handicap and he has run only four times at Epsom in that long career. However, he seems to love the place and in four outings in Group and Listed company from 2017-21, Oh This Is Us has recorded form figures that read 3241.

Turn the clock back 12 months and he recorded a Racing Post Rating of 113 when beating Century Dream in the Diomed Stakes, but contests his first handicap at this course off a BHA rating of just 92 and if he can return to his best, this should task should be a formality.

Racing is rarely that simple, though. Oh This Is Us is now nine years old and probably past his peak, but there have been signs on two of his last three starts that the fire is still burning.

Both runs came behind the same horse, Boardman, and Oh This Is Us would have finished closer to him at Chester last time but for finding trouble in running when weaving through.

He is drawn wide in stall 14 here so should get a clear run at them, but will the old legs be able to take him there? If they can, he would be recording a remarkable 17th career victory.

Totally Charming and Excel Power are at the opposite end of their careers and less than half the age of Oh This Is Us. The four-year-old pair are the two improving horses in this contest.

They represent trainers who are also at the start of their careers. George Boughey has already hit the big time with Cachet’s 1,000 Guineas win and Archie Watson has also won Group 1s.

Boughey saddles Totally Charming and Watson sends out Excel Power, and it’s Excel Power who has been the most progressive of the pair. He has improved 10lb on RPRs this season.
Race analysis by Graeme Rodway

Jim Crowley rides Revich for the first time in the competitive extended mile contest and has a decent strike rate around Epsom of 15 per cent, but has been surpassing that generally in the past fortnight with 32 per cent on the board.

Owned by Middleham Park Racing, the Richard Spencer-trained gelding has been knocking on the door in races of this nature this season, most recently when going down an unlucky loser at Chester last time. 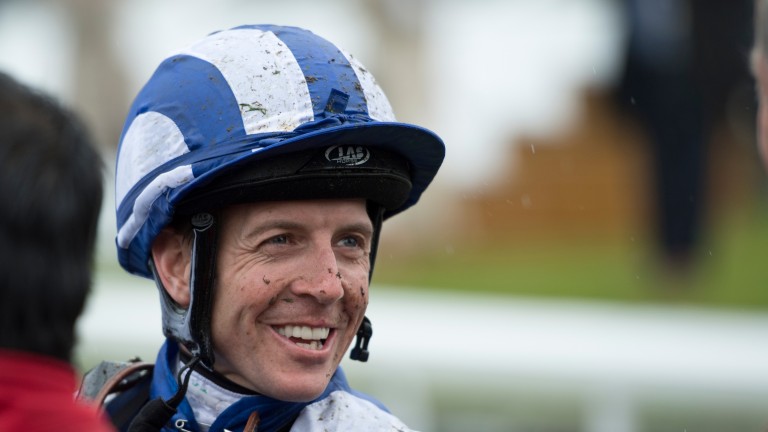 Spencer said: “We have three runners at Epsom on Friday all with good chances and we’ll be partying on the way back if they win. Jim Crowley hasn’t ridden Revich before but he has a good strike rate around Epsom so we’ ve called him up to ride him and Big Narstie in the last for us.”

He added: “Revich was unlucky at Chester last time and we know he acts on the track and we’re confident of a good run. I think he’s our best chance of the day.”

Philip Robinson, racing manager to Mohammed Rashid, owner of Excel Power
We think the track will suit him as he won well at Windsor last time and he goes there with a great chance. He’s well drawn [5] and his jockey [Hollie Doyle] is flying so there are plenty of positives.

Roger Fell, trainer of La Trinidad
The trip should suit him well, it’s just a question of whether he’ll handle the track or not. We’ve always held him in high regard so hopefully he can get some prize-money.

Richard Hannon, trainer of Oh This Is Us
He was a bit unlucky at Chester last time and we know he handles the track as he won the Diomed there last year. He could have done with a better draw [14] but he should still run his usual race.

George Boughey, Trainer of Totally Charming
He’s well drawn [1] and should enjoy the ground as he’s by Charming Thought and out of a Pivotal mare, although it will be drying out. He does not do a lot at home but he could not be in better shape going into the race.

David Probert, rider of Carolus Magnus
He ran well at Newmarket last time, although he was beaten a long way, and has stepped forward since. He’s got a bad draw [11]which makes thinks tricky, but if things go right he could run a big race.

Ed Dunlop, Trainer of Arthur’s Realm
He’s a quirky type who should be suited to going around Epsom and won’t mind any ease in the ground.

William Haggas, Trainer of Fireworks
He’s got a good draw [3] and has been working nicely into the race. I’d say he goes there with a chance in an open race.
Reporting by David Milnes

For all our exclusive free bet offers and must-have daily promotions click the free bets button or go to racingpost.com/freebets